Today marks the 105th anniversary of the Balfour Declaration. The letter represents the first political recognition of Zionist aims by a Great Power. During the First World War British policy gradually became committed to the idea of establishing a Jewish home in Palestine (Eretz Yisrael). After discussions in the British Cabinet and consultation with Zionist leaders, the decision was made known in the form of a letter by Lord Arthur James Balfour to Lord Rothschild. The final draft of the Declaration read in full:

His Majesty’s Government view with favour the establishment in Palestine of a national home for the Jewish people and will use their best endeavours to facilitate the achievement of this object, it being clearly understood that nothing shall be done which may prejudice the civil and religious rights of existing non-Jewish communities in Palestine, or the rights and political status enjoyed by Jews in any other country.

The British issued the Balfour Declaration for a few different reasons.  They needed to justify their presence in the Middle East (specifically on the other side of the Suez Canal). After the war the British were to be the custodians of a future Jewish State. (The Balfour Declaration was included in the preamble of the League of Nations Mandate for Palestine). In addition, the Zionist sympathies of some members of the British Cabinet (Balfour, Samuel, Lloyd-George) were also a factor in its publication. These people also felt that Great Britain was indebted to the famous scientist and Zionist leader Chaim Weitzman, who had found a way to synthetically produce acetone (a key component for munitions desperately needed by the British at the front).  Additionally, they felt that the Declaration would express their gratitude to the Jews for their contribution in the Allied war effort. The British cabinet also had an exaggerated sense of the “Jewish influence” in other countries. They felt that a pro-Jewish declaration would force the U.S. into the war as well as keep Russia in the war. 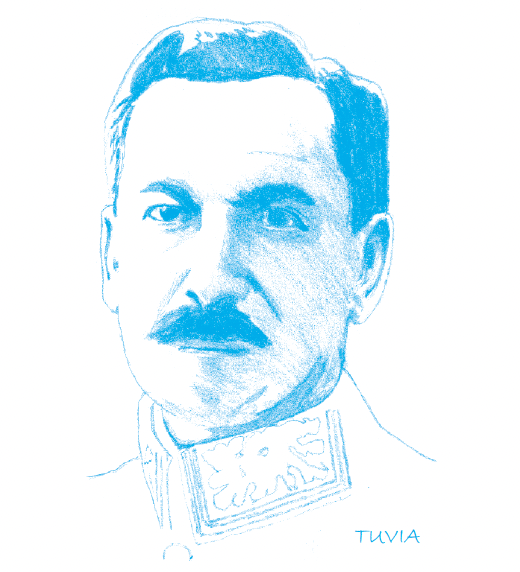 It is important to remember that the state of Israel was not created by the Balfour Declaration, issued on the 2nd of November 1917, or by the United Nations non-legally binding resolution 181, issued on the 29th of November 1947. This resolution simply took that idea that first began to emerge with Balfour Declaration of 1917 and the League of Nations charter of 1922 that provided international legitimacy for Jewish claims to statehood. Whilst it was a morally significant moment, it was in fact the Declaration of Independence that actually established the state of Israel.

Even though the combination of creative diplomacy and resourceful diplomats in a rare moment of geopolitical fluidity were key to garnering the votes need for the passing of UNGA resolution 181, a nation actually comes into being when, according to Mandelbaum,

A group of people have decided that they do indeed form a nation and are willing and able to defend their own state.

The real heroes of the story are the heroic multitudes of young Jews who sacrificed in blood and are prepared, in the words of the IDF induction oath, to, “devote all of [their] strength, and even to sacrifice [their] life, in the defense of the homeland and the freedom of Israel.”

Like the mythical Phoenix arising from the ashes of Europe, our state arose and was reborn. Nobody handed us our country, in the words of Chaim Weitzman, “on a silver platter.” It rose because of the courage of generations of selfless young boys and girls who were and still are prepared to step forward and “walk the walk.” For just as in the previous century the young Chalutzim (Pioneers) recreated a brave new Jewish land, a “state in waiting,” by planting our land one tree at a time and reviving our language one word at a time and restoring our sense of self-worth one defender at a time, so today we are blessed with a generation of young men and women who continue to keep the Jewish/Zionist hope (Hatikvah) alive after two thousand years to be, “a free people in our own land.”

This article contains extracts from my book, “For the Sake of Zion.” (Koren: 2017)