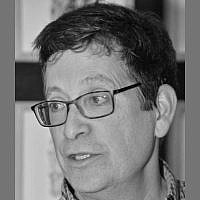 The Blogs
Mike Hollander
Apply for a Blog
Please note that the posts on The Blogs are contributed by third parties. The opinions, facts and any media content in them are presented solely by the authors, and neither The Times of Israel nor its partners assume any responsibility for them. Please contact us in case of abuse. In case of abuse,
Report this post.

Although the most recent of the four rounds of violence/operations/wars between Gaza and Israel since 2008 lasted eleven days, it seems that this one was different from all its predecessors. Why? First, the objective reasons: There were fewer Israeli and Palestinian fatalities and casualties, and the operation lasted barely one-fifth the length of the last war in the summer of 2014, Operation Protective Edge. There were also more rockets shot to Israel from Gaza by Hamas and the Islamic Jihad, and there were more Israeli Air Force aerial strikes in the Gaza Strip. Unlike any of the prior Gaza escalations, this Operation Guardian of the Walls was exacerbated by the tragic internal Israeli Arab-Jewish violence in mixed cities.

Besides the objective reasons, this operation felt so different, mostly because of the public outcry, particularly in the United States and other Western countries, over the false claims of alleged genocide, asymmetry and ‘unfairness.’ Many people sided with the Palestinian ‘victims’ against the Israeli ‘agressors.’ Amazingly, there were noticeably few protests in Cairo, Amman, and other capitals across the Middle East, and there were no threats from Arab states (including the four recent partners with Israel in the Abraham Accords – the UAE, Bahrain, Morocco, and Sudan) to recall ambassadors or reduce the level of diplomatic relations.

So why were the ‘enlightened’ Western capitals filled with such anti-Israel vitriol and one-sided ‘understandings’ of the Gaza-Israel conflict? Why was Israel overwhelmingly blamed for this round of violence? Why was 2021 so different? Last week I was fortunate to meet some good friends, rabbinic and lay leaders from New York and Chicago, who had come to Israel on quickly organized ‘solidarity trips’ to see what is happening on the ground here. During their very short visits, they had some time to see me before they went to Lod, and Ashkelon, and met leading Israeli politicians.

The quick response to my question of what was so different this time at first surprised me. They both immediately answered, “Trump.” This was my epiphany! Neither suggested that the former President is responsible for the recent wave of violence, but rather, that the Trump era has significantly contributed to the different response in America to this round of violence.

How so? My first thought was to ask the question of whether history makes a leader or whether the leader makes history? Whether history created Trump, or Trump created history is a question that will be discussed for generations. Therefore, when I use the term ‘Trumpism,’ I’m not distinguishing between whether these ideas were initiated by the former President or were trends that began before he took office and he successfully harnessed.

Lots of ink has been spilled over the legacy of Trumpism, and I think that there are two main components that explain the response to the recent events in Gaza. The first is anti-intellectualism.  In his 2016 campaign rallies he said, “You know, I’ve always wanted to say this… the experts are terrible!”(emphasis added). This distrust of knowledgeable people was also seen in his disdain for the medical experts responsible for dealing with the Coronavirus. His antipathy to knowledge and experts in many fields is an expression of anger and frustration at ‘elites’ shared by millions of Americans.

He continued to hammer this concept into the minds of the American people with his repeated claims of bravado that “I know more about (fill in the topic) than anybody else..” This sheds light on his world view – why trust those who have spent their entire professional career focussed on one subject, when people should trust Trump because he is ‘very smart?’

The second major legacy of Trumpism is the oversimplification of issues into binary ‘right or wrong,’ or ‘us or them,’ analysis. Details of complicated topics are necessarily discarded in an era of social media, where positions are ‘explained’ in a 140-character Tweet. Most issues are presented in absolute terms, with no room for the grey area between the two sides. Therefore, if one sympathizes with Palestinians, one could not show any compassion or sympathy for Israelis, and of course, vice versa. Many on the far left in America see Israel and Prime Minister Netanyahu as being friendly with Trump, and as such, were therefore relegated to the ‘wrong’ side of any issue. “Don’t complicate me with the facts!” has become an all-too familiar retort.

This binary understanding of reality leads to a very difficult situation in these complex times. How can an Israeli like myself feel that my country has the right (I would even say obligation) to defend its citizens from rocket fire from a terrorist organization, while at the same time express pain and compassion for innocent Palestinians in Gaza whose relatives were killed or whose homes were destroyed?  American writer F. Scott Fitzgerald famously said, “The test of a first-rate intelligence is the ability to hold two opposing ideas in mind at the same time and still retain the ability to function.” It seems that this notion has become anathema in many circles.

Putting these two trends together – anti-intellectualism and viewing issues through a strictly binary prism – help me understand why the response to the latest wave of violence was different this time. If the far left and far right continue to see issues through a binary prism of right vs. wrong, enemy or foe, etc., it leads to the belief that in every conflict, there must be one ‘correct’ party, and therefore the other must be ‘wrong.’ Thus, Trevor Noah and John Oliver’s were able to blame Israel because it is stronger and had fewer casualties.

If one believes in the simplistic binary nature of all issues, then there is no reason for an expert to explain the long, conflict-ridden history of Israelis and Palestinians, let alone stress the existence of two competing national narratives. If the Israelis are stronger and have less human and material damage, then it is clear that they are wrong. If the Palestinians sustain greater losses, they must be the correct side in the conflict. Does this make any sense? Not at all, unless you are ready to simplify the situation to a right-wrong equation.

This helps us understand why we have seen countless signs and banners, tweets and social media messages saying, “Free Palestine from the River to the Sea.” This of course argues for the removal of Israel. Period. It doesn’t talk about what’s happening in Gaza, but demands the removal of Israel, the only country in the world today which has people holding up placards in enlightened Western capitals arguing for its removal. Had there been signs saying, “Two States for Two Peoples,” then I could have a common language with the protesters. When the protests have been hijacked by triumphant trends of anti-intellectualism and the binary understanding of complicated issues, there is no room for the middle ground of compromise between two conflicting narratives for a two-state solution.

To me, at least, it seems that the legacy of the Trump era has infected both the extreme right and far left in America. To paraphrase the late Canadian philosopher and Reform Rabbi Emil Fackenheim, ‘We cannot give Trump a posthumous victory’ by allowing the two trends that he accelerated and encouraged through social media – anti-intellectualism and the binary nature of all issues – to take over the political discourse in the United States. It does an incredible disservice to both sides of the conflict, and glosses over the complex challenges whose solution lay in the gray area in between the two sides.

About the Author
Mike Hollander grew up in Canada and made Aliyah in 1988. He has a BA in history and an MA in Jewish-Christian relations, and is a licensed Israeli tour guide. He has been working as a tour educator for almost 30 years in Israel and guiding Jewish destinations in Europe, and has extensively lectured at synagogues in North America. Married to an American, they have 3 sabra children, all of whom served (one still does) in the IDF.
Related Topics
Related Posts
Comments