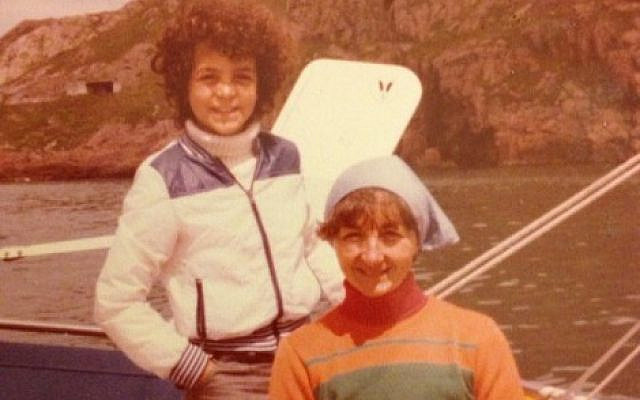 When we made Aliyah on a sailboat from Canada in 1978, we were literally treated like royalty.  I think it had to do with the fact that we came here with lots of dollars. The Israelis in Ra’anana were fascinated with everything about us – our clothes, our accents, the way we looked, and did I mention our dollars? (Apparently the Russian waves of Aliyah had a very different experience, and often complain of the bitter treatment they received here.)

Due to the current sharp rise in anti-Semitism throughout North America, we can expect to see a surge in Aliyah from that region.

Let’s face it, North American Jews are used to being treated like royalty everywhere. Even if you are not one of the wealthy and powerful, you are connected to some of them through association. I’ve been to Bar Mitzvas at the King David Hotel in Jerusalem where they flew their entire family and all their friends here – and took up three entire floors of the hotel.

When I went back to visit Canada, a friend walked me around Hampstead in Montreal (where all my Jewish friends moved when their families got really wealthy), the homes are known by the brand they represent. “Their grandmother is the founder of Hanes. That family owns Point Zero – you know, the winter coats ….” And the list went on and on. The Jews and the shmata business is something that goes back a few centuries. I’ve never actually been there but my wealthy cousins who are the top lawyers in Canada live in Westmount, the neighborhood for the ultra-rich.

Due to the current sharp rise in anti-Semitism throughout North America, we can expect to see a surge in Aliyah from that region. This time, the new wave of brainpower entering Israel will be a huge boost for the high-tech industry.

It won’t be easy for the Jews to leave the cushy life they have made for themselves over there. And we never really leave willingly. My family made Aliyah when things got bad for the Jews in Quebec in the ’70’s. But it goes back way further than that. My famous grandfather fled Nazi Germany before the Second World War, and changed the family name from Schenker to Kersen. My mother’s parents fled from Poland when things got bad for the Jews over there, and bought a farm in New Glasgow.

History keeps repeating itself but for some reason, we never learn our lesson, and keep doing the same things over and over again. We keep trying to blend in and be like everyone else – but we’re not. We have a special role in the world, and actually hold the key to the whole world’s happiness. No wonder we felt unwelcome in Quebec and decided to make the voyage to Israel.

Most Jews arrive here thinking, “This is it – I have fulfilled my duty as a Jew simply by living here.” I can totally understand why they would feel that way, but nothing could be further from the truth. Israel has a spiritual mission in the world, and we are here to implement it. But ever since we moved here in 1978, Israel seems to be on a mission to be exactly like the United States!

I have always felt lucky for ending up here in Israel, but I feel even more lucky that I know why we are here in this special land.  As I wrote in my article about our Aliyah from 2015, the world’s foremost Kabbalist, Michael Laitman, has a message for Jews everywhere: show the world an example of unity. That’s the only thing the world wants from us.

“The singular essence of Jewish tradition comes down to human connection and doing for others. This is our legacy and spiritual DNA that has been passed on from generation to generation.”  Michael Laitman

As much as I’m looking forward to welcoming Americans to Israel, I know it’s a difficult transition that is not really made by choice. At the moment people from Jewish communities are coming up with many justifications for coming here such as the rising cost of education, etc. There will always be many reasons to stay and many reasons to go. But I think this time we’ve reached the tipping point. We haven’t united, we haven’t presented the world with a better way to get along here, and now we will need to escape to Israel. Even though the word Aliyah comes from the word ascent – for North Americans, coming here is considered a downgrade in their standard of living.

I want them to know there is light at the end of the tunnel. Israel is the most special place in the world and has an abundance of value to offer that the world is right on the verge of discovering. Since American and Canadian Jews will need to move here sooner or later, I suggest you start putting plans in motion to make Aliyah now while you can still leave with dignity. Eventually we will remember that unity is our shield and greatest source of strength.