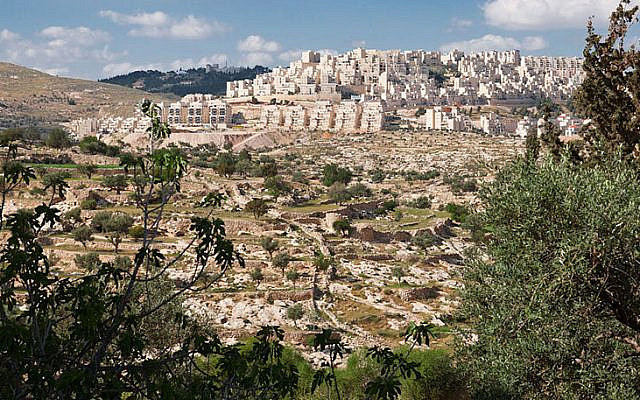 Israel's story has always one of convergence. Now is not the time to start pulling it away. (Creative Commons license)

Recently, English-language social media in Israel has been awash with discussions about the failure of parties to list any viable candidates from English speaking backgrounds for representation in the forthcoming Knesset.

Writing here in The Times of Israel (blogs), David Fine, founder of The Anglo Vision, described it most colorfully as a “slap in the face” of the Anglo community, arguing that a voting bloc which  numbers more than 350,000 Israelis — and which has been integral to Israel’s growth — deserves prominent representation in the Knesset.

With respect to Mr. Fine, and the others espousing such a position, I believe that their view is mistaken.

Here are some reasons.

As anybody who has walked into a voting station in an Israeli election and been confronted by a massive wall-full of party options knows, Israel is not exactly short of political parties.

The story of the emergence and ultimate dispersal of these parties also tends to be one of scatter-gun fragmentation. The genesis of many of these smaller parties is often a disaffected visionary being denied a cabinet position in a larger party and deciding to form their own list.

However many smaller parties fail to meet the electoral threshold. The result of this splintering is that those seeking an alternative to the protracted status quo of Likud-dominated politics ultimately end up dissolving their voices into nothingness.

Although the Israeli Democracy Institute has examined the issue, Israel does not currently operate a system such as the Single Transferable Vote (STV) favored in Ireland and Malta.

Unless the national cohort of “Anglos” (English-speaking Israelis) can be mobilized to all vote in favor of exclusively “Anglo” issues, they will simply end up voting for nothing and nobody.

There are no unifying issues

For those unfamiliar, “Anglo” — in the strange hybrid of English and Hebrew often favored among immigrants to Israel — is generally understood to be a contraction for “Anglophone,” which means an English speaker.

However, there are sizeable populations of English speakers from all over the English-speaking world, including the USA, the UK, Australia, and more.

Parties are generally structured around a central manifesto setting out their views on issues. But what unifying views are likely to exist among a community that is so heterogeneous?

Among the “Anglo” community can be found peaceniks that vote for Meretz and live in Tel Aviv and die-hard nationalists that live in Hebron. Environmental conservationists and big business capitalists. Those in favor of Israel returning to its socialist roots and those in favor of deregulation. Joint-smokers and anti-drug crusaders.

Furthermore, an Anglo is a linguistic rather than a cultural definition.

What about other immigrant communities to Israel who happen to speak Spanish, Russian, or French? Are their interests so different than our English speakers’ that they, too, deserve their own parties and places on party lists? Or should we rather unify under the banner of olim?

French olim do face their own issues — and have been particularly affected by the bureaucratic issues involved in the non-recognition of foreign credentials. But rather than transform the Knesset into a Model UN with emissaries from each language group, perhaps working together for better bureaucracy would be a more sensible aim?

I suggest that if we started a party for olim from every country and language group that we would only exacerbate the ballooning of parties that exist now only as Wikipedia entries for defunct political entities.

Amalgamating the various issues we face under collective banners is likely to make resolving them more efficient. The only common denominator among olim to Israel — which they share with Jewish Israelis — is their Zionism. This is the only credible unifying issue around which to form political parties in Israel.

Ultimately, Israel is a melting pot into which dissolve the cultures and collective experiences of olim from every nation.

Indeed, the country is built upon immigration and the experience of immigrants.

The establishment of Modern Hebrew as the official language of the Jewish state was among the first and most important initiatives of the Zionist movement.

Those pioneers understood that linguistic convergence, rather than splintering, was the only means upon which a Jewish state consisting of Ethiopians and Americans and Australians could possibly function.

Fixating upon how many olim we have running on party lists or forming our own Anglo parties would only entrench the existing marginalization of English-speaking immigrants in Israel.

This community does need better support. Better access to Hebrew instruction. And to work under fairer employment frameworks so that they do not continue to be exploited by unscrupulous employers. But all of these things could be achieved without the existence of specific parties just for olim.

The story of aliyah is one of a pooling together of efforts and convergence around a central idea: that of Zionism and rebuilding the Jewish homeland. Less than 100 years later, it would be a pity to begin pulling in the opposite direction.