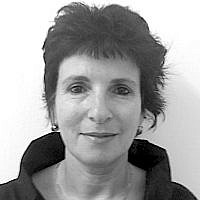 The Blogs
Yudith Oppenheimer
Apply for a Blog
Please note that the posts on The Blogs are contributed by third parties. The opinions, facts and any media content in them are presented solely by the authors, and neither The Times of Israel nor its partners assume any responsibility for them. Please contact us in case of abuse. In case of abuse,
Report this post.

Last week, as the executive director of Ir Amim, I spoke before the United Nations Security Council at a session discussing the Middle East. Having accepted an invitation from the French presidency on behalf of the Security Council, I presented the dire and unprecedented situation in East Jerusalem whereby four Palestinian communities, numbering approximately 3,000 individuals, are simultaneously under imminent threat of mass displacement.

Of these four communities – Sheikh Jarrah, Batan al-Hawa, Al Bustan, and Al Walajeh – the first two face eviction at the hands of settler groups operating with the full complicity and backing of the State, while mass home demolitions loom over the latter two as the direct result of government policy.

The four communities, which together number about 300 families, are at a critical junction in terms of exhausting the limited legal proceedings available to them; the danger of their displacement is fast approaching.

I did not take the decision to address the UN Security Council lightly; I am well aware that for many Israelis, appearing on the UN stage with criticism of Israeli policy is a red line. I was raised in a religious environment straddling the moderate Haredi and Religious Zionist societies, and although I have since grown apart from this world, I am no stranger to their values and convictions. I am likewise not unfamiliar with the position of many other Israelis on appealing to the international community to intervene in Israeli affairs; yet on the contrary, I have not lost hope that the Israeli government will, through its own initiative and via the numerous tools at its disposal, halt the impending evictions and demolitions in East Jerusalem.

Nonetheless, I believe that at this decisive point in time we must take every possible step to prevent the expulsion of these four communities in East Jerusalem. We cannot permit the discourse of delegitimization to marginalize the burgeoning conversation around the implications of evictions and demolitions in East Jerusalem and the urgency required in preventing them.

Beyond that, consecutive Israeli governments have had a responsibility to prevent evictions and demolitions of Palestinian families, yet contrary to their prevailing position, this is not merely an internal Israeli issue. The residents of East Jerusalem have lived under occupation since its unilateral annexation to Israel in 1967 and are therefore subject to the protection of International Law in this matter. Accordingly, it is in the interest of the international community to be made aware and hold the Israeli government accountable for their situation.

The Israeli government presents their actions as legitimate within the framework of its democratic and legal institutions – after all, “don’t Palestinians have full access to the courts?”; however, East Jerusalem Palestinians are devoid of political rights and the power to participate in the legislative and policymaking processes which govern their lives.

Rather, it is these very laws that allow for their evictions via settler organizations who claim Palestinian homes as Jewish property lost in 1948 while denying this right from Palestinians who lost property in the same war; and these same institutions that prevent Palestinians from obtaining building permits thereby exposing them to mass demolition. On these issues, Israel’s legal and institutional framework cannot even pretend to be impartial – it is inherently discriminatory and accurately characterizes the essence of life under occupation.

Recently, the Supreme Court’s approach to evictions took a turn when it twice sought the legal opinion of the Attorney General – once with regard to the eviction cases in Sheikh Jarrah and once concerning Batan al-Hawa in Silwan. By addressing the Attorney General – as a representative of government opinion – the court demonstrates a possible understanding that these cases carry far-reaching political and moral ramifications beyond that of a standard real-estate dispute.

What could have possibly convinced a court that had previously ruled on similar eviction cases in East Jerusalem to alter its standard course of action and include the government in its decision? Certainly, one of these reasons is the unprecedented accumulation of eviction cases to the extent that it no longer only involves individual families at risk, but rather entire communities. We are looking forward to the court adopting a similar stance on the issue of the mass home demolitions in al-Bustan, Silwan and al-Walaja.

The Attorney General, however, has thus far refrained from dealing with the pressing issue that has been left to him. He repeatedly deferred providing his legal opinion on the evictions in Sheikh Jarrah and ultimately announced that he would not interfere. By not involving himself in the process, he has left the residents of Sheikh Jarrah more exposed than ever to forced displacement. Still, the Attorney General is expected to submit a legal opinion by August 29th in one of the cases in Batan al-Hawa, which will likely impact the additional cases involving 80 more families in this neighbourhood. We can only hope that this time he will act differently.

Alongside briefing the United Nations Security Council, we have and continue to mobilize within Israel and among Israelis. We have been working extensively to raise awareness within the Israeli public of the situation in East Jerusalem; building support for the continuing struggle to defend these communities under threat of displacement, and lobbying across all levels of Israeli legal and political institutions by filing legal petitions and by addressing political decision-makers.

In his recent remarks to his European counterparts, Israeli Foreign Minister Yair Lapid, stated, “What we need to do now is to make sure that no steps are taken that will prevent the possibility of peace in the future. We need to improve the lives of Palestinians. Whatever is humanitarian, I will be for it.”

Lapid’s declaration, made amidst his efforts to renew the relationship between Israel and the European Union, is a declaration that also recognizes the importance of the international community and its founding institutions. The evictions and demolitions in East Jerusalem are a clear test of Lapid’s intentions to make good on his word.

It is against this backdrop that Public Security Minister Omer Bar-Lev stated this week that every decision to demolish a house in East Jerusalem or in the Negev among the Bedouin community should be brought before him prior to being carried out. Furthermore, the discussion that was heard this week at the Supreme Court regarding the residents of Sheikh Jarrah possibly point to a change in the court’s approach to the evictions. Even if this isn’t enough, these are steps in the right direction and indicates that the Israeli government and the legal system need to and are able to prevent these evictions and demolitions facing the four communities in East Jerusalem.

It is in their hands.