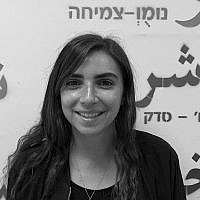 The Blogs
Caylie Tuerack
Apply for a Blog
Advertisement
Please note that the posts on The Blogs are contributed by third parties. The opinions, facts and any media content in them are presented solely by the authors, and neither The Times of Israel nor its partners assume any responsibility for them. Please contact us in case of abuse. In case of abuse,
Report this post. 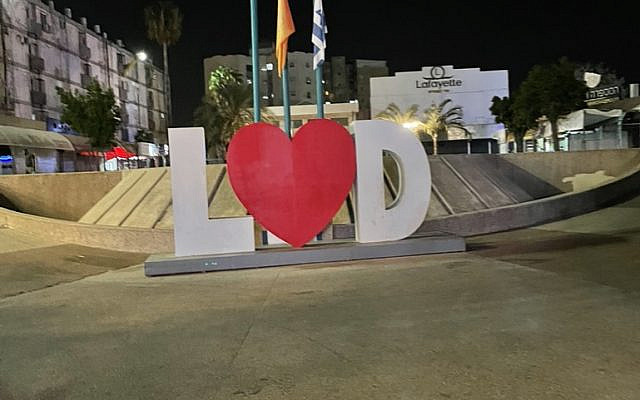 They say that you cannot understand or judge someone until you have walked a mile in their shoes. I think the same is true of locations. You cannot accurately or deeply come to understand or formulate proper opinions on a given area until you have spent significant time there. As an American Jew from New York, that ideology was a large part of the reason that I chose to live in the city of Lod for nine months as part of the Yahel Social Change Fellowship.

Lod is a complex city with a complicated history, and yet all I knew about Lod prior to moving here was what my Israeli friends in the United States would share with me or what I heard regarding the conflict from May of 2021. I heard about the shootings and the stabbings and the underdeveloped nature of the city. I had many people question my sanity and interrogate me about my decision, asking me why I was not considering switching to Kiryat Chaim or Rishon Letsiyon, the other two cities in which the Fellowship operates.

But not once did I hear about the issues with the municipality, the relationship between the police and the residents, the vast diversity of the residents, the beautiful Roman mosaic discovered, or any positive aspects of Lod. Conversations about Lod almost exclusively revolved around tensions between Arabs and Jews, not issues within the Arab communities themselves. It took actually living in Lod and meeting with organizations such as schools and nonprofits within the city for these elements to be revealed to me.

In particular, one of the reasons I chose to work in Lod was to intern with a non-governmental organization called The Abraham Initiatives (TAI). Through four main initiatives in mixed cities, education, media, and safety, TAI strives to realize full and equal citizenship and complete equality of social and political rights for Israel’s Jewish and Arab citizens. Working with TAI exposes me to vast amounts of research and policy-work specifically related to advancing a real shared society in Israel. My internship provides me with the opportunity to learn more detailed accounts of the interactions between municipalities and Arabs and between police and Arabs, and it allows me to remain up-to-date on developments in government regarding the Jewish and Arab conflict. Most importantly, learning about the organization’s various initiatives and watching the staff labor every day to achieve more equality in Israel provides me with feelings of hope that one day a change in the status quo might be possible.

In my two months in Lod thus far, I have not once regretted my decision to come here. As I spend the next seven months living and working in Lod, particularly with TAI, my personal desire is to develop an even more nuanced and well-rounded opinion about the city as I continue to use my skills and strengths to the benefit of all of its residents.

About the Author
Caylie recently graduated from Johns Hopkins University, where she majored in Sociology and minored in Jewish Studies, Anthropology, and Social Policy. She is now in Israel as part of the Yahel Social Change Fellowship. As part of the Fellowship, Caylie is interning with the Abraham Initiatives in addition to working within schools and other community organizations.
Related Topics
Related Posts
Caylie Tuerack