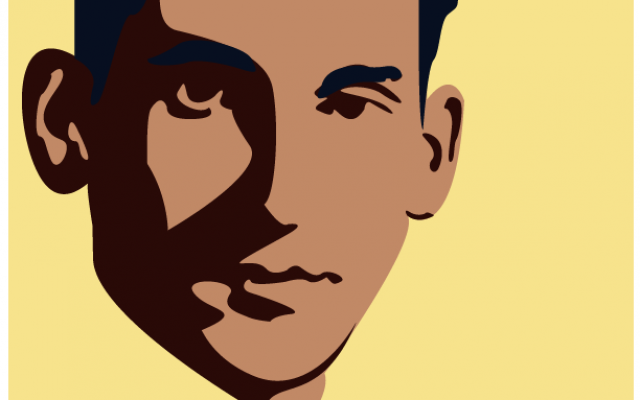 Is there any one man uniquely responsible for the creation of the modern State of Israel? Some popular answers may be Theodore Herzl, David Ben-Gurion, or Ze’ev Jabotinsky. More studied individuals may give answers like Max Nordau, Ber Borochov, or Chaim Weizmann. Few give proper credit to the man who actually led the Jewish Insurgency against the British Empire, the revolution that eventually rid Eretz Yisrael of Britain’s imperial presence and allowed for the creation of the Jewish state, Avraham Stern.

Avraham Stern; a warrior, poet, the founder of the Lehi, and the initial leader of the 1939-1948 Jewish Insurgency against the British Empire. Stern made Aliyah in 1925 after a youth in Russia engulfed by revolution and upheaval. Stern soon became attracted to the teachings of Rav Avraham Yitzhak HaKohen Kook and the activism of the newly-formed Irgun through his friend and Hebrew University classmate David Raziel. From 1931 until 1939 Stern would rise in the ranks of the Jewish paramilitary, establishing himself as among the Irgun’s top leaders.

Stern left the Irgun in 1939 to create the Freedom Fighters for Israel (the Lehi) in response to Jabotinsky’s refusal to fight the British even after the White Paper, which heavily restricted Jewish Aliyah and rights in Eretz Yisrael. With his new and independent organization, Stern would launch the Jewish Insurgency, a nine-year guerilla war against the British Empire that would eventually see the British withdraw on May 14, 1948, and the declaration of an independent State of Israel the very next day.

Unlike his contemporaries in the Zionist establishment, Stern’s goals were well-defined and greatly further-reaching than typical problem-solving or institution-building efforts. In Stern’s eyes, the Zionist project had the capability to be more than a political band-aid for the Jewish people’s woes but a vehicle for its eternal aspirations; to be a holy, just, united nation holding the reigns of global political and moral order.

Zionism has been dominated, shaped, and guided by an overarching fear of externally-sourced national destruction since its inception. While this fear initially propelled the movement to great successes, since 1973, the last time Israel fought a true war of survival, Zionism has stalled, and begun to decay into self-destruction. Stern presents an alternative. While Stern shared Zionism’s very real fear, he was guided by something greater; the immutable, independent, eternal aspirations of the Jewish People. In Stern, there is a path for Zionism from survival to destiny.

Avraham Stern is perhaps the most interesting man of the twentieth century and the most consequential in recent Jewish history. Stern’s path runs through communist Russia and fascist Italy, through the youth groups of Zionist causes to the study of Torah, and finally, to the Jewish underground. It was not Lord Balfour or President Aranha, not Ben-Gurion or Jabotinsky, but Avraham Stern and his compatriots who created the State of Israel and continue to inspire its persistence and progress to this day.

Avraham Stern was a poet throughout his life, his thoughts and experiences shaping the core of his art. Through his works emerges the aesthetic values of (in ascending order of importance) non-conformist creativity, virile vitality, and dutiful honor. Added are the motifs of blood, war, struggle, death, sacrifice, tradition, and hope. Stern’s complete poetic works were compiled and published in 1964 by the Committee for Publication of Lehi Writings under the title The Poems Book of Avraham Stern (Yair): War Dances of Hebrew Freedom. For the first time, these complete works have been translated into English with contextual footnotes for your reading enjoyment.

With the Blessing of Hashem, translating the complete poetic works of Avraham Stern into the language of the Final Diaspora will imbue it with Jewish revolutionary spirit that so thoroughly characterized Stern, a spirit lost and lacking in the hearts of American Jewry. Stern’s spirit of freedom, pride, and sacrifice birthed the Jewish Insurgency and eventually its State, and, now in English, may well spark a revolution in the hearts and minds of the English-speaking Jewish world.

The Complete and Translated Poetic Works of Avraham Stern with forward and footnotes by Yishai Edberg is available today on Amazon and where books are sold.