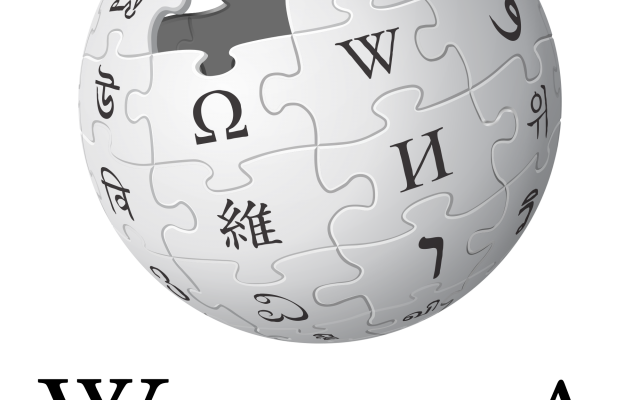 Wikipedia is a naive project. Always has been. Its well-documented flaws are inherent to its design, and cannot be excised through “discussion” or democratic consensus building. In fact, it is precisely this inclination toward populistic crowd rule that generates most of its problems.

One such problem is the very recent, flippant removal of all “Jewish descent” categories from their respective “Middle Eastern descent” parent categories. The implications here are patently obvious, and were in fact stated openly several times: “Jews are not Middle Eastern”.

Of course, the claim that modern Jews are “not Middle Eastern” is overtly antisemitic, and one that virtually all geneticists and historians know to be wrong. But it was enforced anyway, on what is perhaps the world’s most widely read and used online encyclopedia, despite countless reliable sources affirming that modern Jews are, in fact, Middle Eastern. Despite the fact that these categories, as far as I could see, have been there for years. And despite the transparent dishonesty and inconsistency inherent in the arguments that were presented in favor of removing them.

None of that mattered one whit. Instead, the majority sway of an utterly committed, visibly emotional (clearly invested in displacing Jews out of their Middle Eastern roots), and fact-resistant crowd of editors succeeded in getting these categories removed. Despite Wikipedia’s apparent rules against controversial statements and edits, you’ll find astonishingly blunt antisemitic arguments like “Jews are not Middle Eastern” and “Jews are not Asian”. Look at the talk pages, and the arguments there are even worse. Although the editors who argued against including these categories were confronted with reams of academic sources, they did not budge in their positions and – because these fact-resistant editors were the majority – were able to strong-arm their way to victory, and strong-arm Jews out of their own origins.

Whatever “checks and balances” Wikipedia has, they’ve clearly failed. Because the idea that Jews are “not Middle Eastern” is certainly not one that is supported academically, or in any meaningful way beyond a loud, vocal culture of antisemitic cranks.

But how did this happen? How were they able to get away with this? And how can it be fixed?

When Jimmy “Jimbo” Wales co-founded Wikipedia circa 2001, he envisioned it as a democratic, crowd-generated, “anyone can edit” receptacle of human knowledge – premised on a Rousseauist idealism and faith in the inherent “good” of people and the inevitable triumph of reason.

As perhaps any marginalized group can tell you, these are very Western, very privileged, and very white ideals. They embody a sort of utopianism that can only come from a lifetime experience bereft of marginalization or oppression. Needless to say, they don’t play out so well in the real world. Mankind is, in reality, a (mostly) selfish, arrogant, ego-driven, boastful species – an evolved form of primate – prone to paralyzing fear of those who are perceived in any way to be “different”. And certainly no stranger to suppressing factual information that the “crowd”, for whatever reason, finds uncomfortable or unflattering.

In plainer terms, most people suck. The Holocaust alone proved this to us beyond any shadow of doubt. The world was more than happy to consign us to our deaths, in many cases gleefully participating in the slaughter, refusing to intervene until THEY themselves were attacked. Without tooting our horn, Jews understand perhaps better than anyone else that the majority cannot be trusted to do the right thing, to look out for the little guy. Especially when that same majority is utterly convinced that the little guy is actually the really BIG guy, the “brains” behind all of the world’s problems, a “sinister cabal” hellbent on swindling and enslaving the masses for their own nefarious gain.

It seems none of that ever occurred to Jimmy Wales or Larry Sanger when they created Wikipedia. And so they foolishly constructed a system where majority power is absolute, and where all it takes to “subdue” that pesky opposition – that “insolent” minority group that refuses to “know its place” – is to wield numerical sway against them. This makes Wikipedia hazardous to marginalized populations, especially those who – like the Jews – amount to less than 2% of the global population and whose enemies number in the hundreds of millions, if not billions (thanks to the worldwide influence of white supremacy, Christianity, and Islam).

The only way Jews can thrive on Wikipedia is if they aren’t perceived as “threatening” to the gentile-ordained status quo. And this means that, in most cases, Jews cannot possibly win on Wikipedia. There are only two things that can be done. One is to hope that the more aggressive and vigilant antisemitic editors get themselves banned somehow, so that more reasonable editors may swoop in and fix whatever damage they caused. The other is to hope and pray that the majority feels sufficiently charitable towards Jews. When neither of those conditions are met – which would be most of the time – antisemitic obscurantism (of the nature seen above) and revisionism prevail.

In this sense, Wikipedia is really no different from any Western university. Both are systematically hostile toward Jewish perspectives, especially those perceived as too “uppity” or “threatening” to gentile privilege. Both are damn near impossible for Jews to obtain high positions of power in without conforming to gentile demands. Both have a paralyzing fear – bordering on paranoia – of non-antisemitic Jews gaining any measure of power or influence therein. But above all, both are utterly oblivious to their own systemic bias, and unwilling to self-correct it.

According to one academic who has criticized Wikipedia in the past: “The data suggests that people are engaging in conversation with each other online, even though they have different points of view,” says Zhu. “The crowd does exhibit some wisdom, so to speak, to self-correct bias.” https://www.forbes.com/sites/hbsworkingknowledge/2015/01/20/wikipedia-or-encyclopaedia-britannica-which-has-more-bias/

That is somewhat true, but not when it involves a 2000+ year old prejudice. And certainly not when the people you are expected to “dialogue and reach consensus” with are strongly opinionated (if not openly racist) and well aware of their own power over you. In these cases, decisions based on “democratic consensus” cannot be anything but disastrous, because the other side of the argument already knows that the majority share their biases. Therefore, they have no incentive to budge or listen to what the other side is saying. That’s the privilege that comes with ingrained prejudice.

Anti-Semitism is culturally pervasive. The Anti-Defamation League survey of global anti-Semitic attitudes estimated that in 2014, 26% of the world population is explicitly anti-Semitic (that is, agreeing with 6/11 very obviously anti-Semitic statements), and even more have implicit biases. For those who don’t have a calculator handy, that’s at least 1.5 billion people. 1.5 billion+ people against a population that numbers no greater than 15 million.

Because of its pervasiveness, many people have internalized anti-Semitic ideas and beliefs without realizing them, or have difficulty recognizing them. This is true, also, of editors of Wikipedia who, even if not doing so intentionally, may perpetuate such biases.

For these reasons, non-Jewish opinions – and Jewish opinions that conform to the non-Jewish worldview – dominate on Wikipedia. Facts and reliable sources be damned. And if you are perceived as in any way “Zionist”, the mad hounds will descend upon you, decry you as a “POV editor”, and work tirelessly to have you removed from that topic’s ambit, if not from the site entirely. The fact that many of its editors are avowedly anti-Zionist (and in no way “neutral”) is conveniently overlooked, since many of its admins are also anti-Zionist.

And we are just too small to effectively fight back against the ingrained (sometimes conscious, sometimes not) biases of the majority. It also doesn’t help that editing Wikipedia is an arduous task in itself. Yes, technically anyone can edit its articles, but there is a massive learning curve that makes it all but inaccessible to anyone who isn’t willing to commit hours upon hours of their time to learning the ropes. And this is something that most people cannot, or will not, bother with. “It’s too hard”, they say. “It’s hopeless”. “It’s a waste of time”. “I’m too busy for this”.

That Jews qua Jews descend from the Middle East should be common knowledge by now. But it’s a fact that’s still bitterly resisted in many corners of society. Unfortunately, this includes Wikipedia – experienced editors and newcomers alike. And if left unchecked, anti-Jewish lies will become the “official”, mainstream viewpoint, as Wikipedia is one of the most popular online resources around (and the first thing that shows up on Yahoo, Google, and other engines). That is a risk we cannot take, especially now.