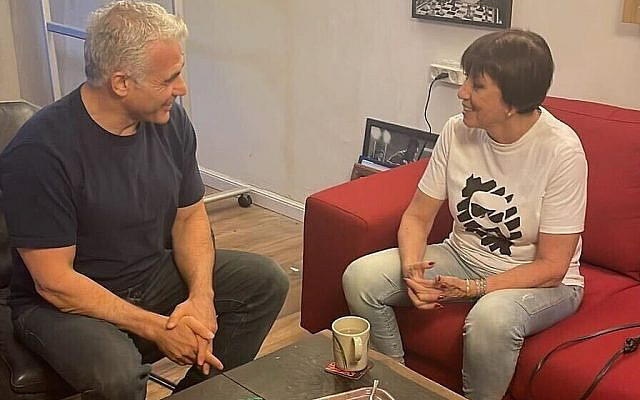 The left in Israel’s political arena is in the midst of a significant reorientation. In designing its approach to the immediate electoral task by prudently keeping in mind its political concerns and ideological vision, it will be able to give a significant boost to its strategy and program for the remaking of a fair, just, and open Israel at peace with itself and its surroundings. Given the vital position of a revived Meretz in the present political constellation, how it conducts itself this sweltering summer may very well determine whether this is still a pipedream or an eminently attainable goal.

The electoral scene for the upcoming elections is still in the process of formation. The groupings across the country’s polarized and highly fragmented political spectrum in this time of growing uncertainty and recurrent governmental instability speak to the distinctions between immediate electoral, programmatic, mid-term, and long-term ideological considerations. These are not, however, either/or propositions. Rather, how the various parties weave the pragmatic and idealistic considerations will have a direct impact on Israel’s political fortunes down the line. The parties on the left — including Labor, Meretz, Ra’am, and the Joint Arab List — represent at least 20 percent of the seats in the Knesset, and they have yet to sort out the manner in which they will present themselves at the polls.

Meretz is receiving undue attention in this regard. Its fate may yet determine the outcome of the polls this coming November. Many (especially on the right, but not only) pray for its collapse, in the hope of mustering another — critical — seat in the race for the magical 61 needed to form a new government. Some pin their hopes on the ability of Meretz to reform itself and resume its place in a future coalition. Others expect it to renew its centrality at the forefront of a revitalized Israeli left. And still others, bent on reinventing and updating the left, urge it to take a break — effectively burying it alive — as the first step in bringing about a more comprehensive regrouping at a later date. This leaves many veteran Meretz voters simply despondent: they bemoan the current state of affairs and are unsure whether or how they will vote. And while these dilemmas are not limited to Israel’s left in general or to Meretz in particular, what unites these diverse voices is the understanding that what happens to Meretz holds the key to the prospects for deep democracy, social justice, and lasting peace in the country.

The first step in moving forward with these values in mind entails reframing the progressive vision for the third decade of the 21st century. The need for such a reformulation is almost self-evident. The center of gravity in Israel today has shifted far to the right of where it was 20 or even 10 years ago. Just mouthing allegiance to democracy or to civil rights — let alone peace — without detailing their meaning is meaningless, unless clearly distinguished from those particular definitions employed by various streams in the center and the right. Such initiatives are already taking place on the left within existing political parties, in several nascent formations, in think-tanks, and in some grassroots organizations.

All these endeavors focus on giving contemporary content to the progressive values of equality, equity, freedom (collective as well as individual), tolerance, and inclusiveness for all Israel’s residents. Such specification inevitably involves a detailed, citizen-centered, articulation of the scope of the Israeli collective and its distinct communities. It also entails linking all civic rights to these guiding values (just as the right and the center continue to discuss rights through narrower or exclusively Jewish communal lenses). In this context, much has yet to be done about laying out future options — ranging from a revised two-state approach, confederal arrangements, and even one-state scenarios.

Unquestionably, this is a monumental task. It requires considerable work, continual updating, immense commitment, tremendous passion, incredible patience, and lots of time. Yet this ideological rethinking is essential: it maps out the objectives of social reinvention and lays the foundation for action.

The second step, concentrating on renewal, expounds on concrete methods for promoting these goals, mobilizing around its guiding principles, and advancing their implementation. This phase is political in the broadest sense of the term, encompassing both the formal arena and civil society action. Here the progressive underpinnings of the left have deep roots: human rights, social justice, and pluralistic religious organizations have kept the broad message alive for years — not only through actions decrying Israel’s violations across and within the Green Line, but also through the activities of the various protest groups that converged in the Balfour demonstrations and on bridges and streets in recent years.

Nevertheless, this strategic stage demands much more detail, especially regarding the efficacy of specific steps to be taken in relation to Israel’s constantly shifting domestic, regional, and international environments. It also requires a precise program for implementation and the development of resources — both human and material. Beyond everything else, renewal is a function of persistence, which must demonstrate tangible results in order to provide fuel to ignite that momentum needed to move forward.

All this leads to the third, immediate, reform stage, which is now taking place. Elections define the composition of the power nexus at any given time. On the eve of the fifth set of elections in the past three years, all the polls point to yet another repetition of the deadlock between the two grand blocs, with no immediate resolution in sight. Any move on either side may make a real difference in deciding who — if anyone — will hold sway in the near future.

Here the position of Meretz may prove decisive. The party has already embarked on a process of refreshing its internal leadership. Its current hierarchy — most notably Nitzan Horowitz, Tamar Zandberg, and Issawi Frej — have taken responsibility for recent personal and substantive mistakes, stepping back to permit a change at the top. With the return of Zehava Galon to active politics and the likelihood of her victory in the internal elections slated for the end of next month, the party has demonstrated not only its responsiveness to its voters, but also its commitment to accountability and transparency.

At this stage, the party must also confront the pragmatic issue of how to navigate in the murky electoral waters as it shores up its base. All contestants for a realistic slot on the Meretz list have reaffirmed their unwavering dedication to the party platform and declared their willingness to explore partnerships to enhance the electoral appeal of the leftist camp. Although many on this side of the political map still prefer a Jewish-Arab slate, they are not averse to a Labor-Meretz partnership in November, on the understanding that this will offer a foothold for the further elaboration of the political and ideological phases. And, if necessary, Meretz will consider running alone, should that benefit a true anti-Netanyahu change agenda. What the party will not do is dissolve itself to satisfy its opponents beyond and within the left. The assumption is that whatever happens now, the perseverance of Meretz in the formal arena at this stage leaves open the possibility for further political renewal and ideological reframing later on.