I heard Rabbi Cardozo speak, recently. He had a new idea, I noticed. The man keeps learning and thinking and the newest book he is focussing on is the Mei haShiloach. New ideas are bound to happen.

He suggested that Jews only came around when Humankind get so lost that G^d had to take a special measure. Jews are then here to help everyone make it and help cooperate to realize Paradise on Earth.

But, he suggested, when everything works well and tikun ‘olam has finished, the would have no need for Jews anymore. Just as the world started without Jews, it might also end without us as a special People.

I doubt it and I have a reason for that.

Children should honor their parents. However, it has always been clear to me that I don’t need my kids to deeply respect me. They need that. Once they see me as nothing special, they won’t have respect for anyone anymore. I see my relationships with ‘my’ children evolve more and more in the direction of us being friends. But never to the extent that I’m just one of their acquaintances or even best friends. They’d better be as amazed about me as I am (by now) about my parents.

And likewise, I don’t think Jews so much need the respect of the world. Gentiles need to respect us, for what G^d gave them came through us.

So, Jews will need to stay around forever. In the End, not to perfect the world anymore. But once the world is perfect, we still need to be here so that people can express their gratitude to us — for their sake.

The world cannot be perfect yet as long as there is no general gratefulness for G^d and the Jews.

We are not going anywhere. I thought at first.

But we can honor our parents also when they stopped parenting or are no longer around. So why do Jews need to stay around to honor them?

So maybe, when all is fine and dandy with the human being, when Paradise and Utopia are reached, maybe then we would discontinue to keep Commandments, can assimilate and intermarry?

But in any case, I don’t see a perfect world emerge any time soon. We’re still about to go extinct from greed and immorality, from climate change to nuclear war. So, for now, we Jews need to intensify and speed up keeping all Commandments and bring all human beings more of G^d’s Word — including and prominently about how to relate better to each other.

Together with all Gentiles trying to pass on as much as we understand.

NB: More than all Jews should start keeping Shabbat during this coronavirus pandemic, all religious people should inform themselves and start keeping distance from each other. That is what G^d demands.

Christians and Muslims may act better than Jews

At the same meeting spoke Rabbi Yitz Greenburg. He inspired me to write down some of what he said and add to it.

Christians and Muslims are the Jews’ prime students. And we know that we learn a lot from our teachers but even more from our colleagues but most we will learn from our students. But still, it should come as a shock to most Jews that some groups of Monotheists are ahead of us. Not because we are so competitive but rather because we have a Mission to accomplish. The Ten Commandments (and all their derivates) were given in no man’s land because they need to be taught to everyone.

Celibacy — We Jews don’t do that. Some priests report that it can’t be done. But many still try. What Jew would even try? (Except for some misguided Gay Jews?) We think it’s inhumane and unnecessarily harsh. But we can still admire the people who try.

Caring for people with severe brain damage — How many Jews have the patience for that? We don’t have to berate ourselves for running from this but at least we may admire selfless loving people who do this daily.

Loving Jews — You can be a Jew and hate Jews but you can’t be a proper Evangelical Christian and do that.

Not being scared of dying — Jews know better than anyone how dear life on earth is. Still, we are not commanded to be scared of dying. Many of us are, but many Muslims are not. It is not true that we need a fear of death to stay alive. A love for life would do. As many Muslims show. 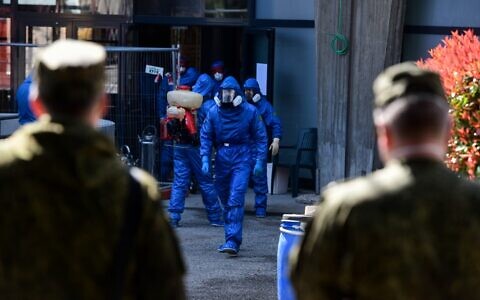