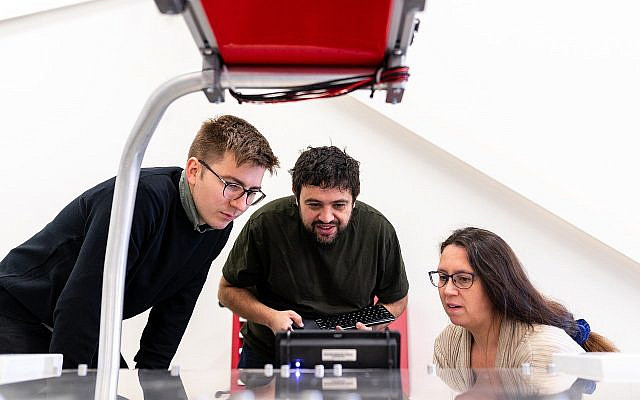 Israel has become one of the top three software development powerhouses in the world. But there is a problem looming on the horizon: a shortage of engineers and developers.

The USA has Silicon Valley, China has Zhongguancun, and what does Israel have? The Israeli Silicon Wadi. These aren’t just physical places, but they are software development hubs that have been responsible for some of the most groundbreaking technological innovations in recent years.

According to the BBC News, “Israel currently has almost 4,000 active technology start-ups – more than any other country outside the United States.”

However, the Israeli software development industry faces a major problem: a talent shortage.

Israeli software developers are considered to be some of the best, and the country has become a top destination for tech talent from all over the world.

However, there is a problem. Despite being one of the most innovative and entrepreneurial countries in the world, Israel is facing a serious shortage of engineers and developers. This shortage is only expected to grow in the coming years as the Israeli software development industry continues to boom.

According to CTech, “Over 60% of Israeli tech start-ups are reporting difficulty in recruiting employees for their R&D departments.”

Despite the eternal reality of high development costs and the ever-increasing salaries paid to engineers and developers, the industry has yet to cool off. The only thing that stands to slow it down is innovative companies not being able to find enough engineers and developers to create and push new products to market. And this is a real concern.

If we are going to take a look back at an IT forecast 20 years ago, according to The Promised Land: An Examination of the Israeli High-Tech Industry, by Lesha R. Chaifetz, “The shortage of high-tech employees in 2000 and 2001, estimated to number anywhere from 5000 to 25,000, has other sources as well. Many Israeli engineers are moving to the United States in search of higher salaries. Despite the fact that engineers located in Israel are paid almost eighty percent of their US counterparts, rising salaries in the United States often prove too tempting to turn down.”

This large salary difference might be a big factor in why Israeli software developers are being lured into working in the US.

In some cases, the problem isn’t that there aren’t enough engineers and developers; Israeli companies are looking for specific qualifications that very few people have.

This is a problem that not only Israeli companies are facing.

We can take Gartner, a technological research and consulting firm based in Stamford, Connecticut, as an example. They have cited that 63% of the senior executives they surveyed indicated talent shortage as a key concern for their organization.

This will be supported by the State of Software Development 2021 by Coding Sans, which reports that out of their 600 survey participants, 21.42% – a 5.54% jump over 2020 – said that hiring talent has become the #1 challenge for most of them. And clearly, the shortage of talent isn’t about the number of candidates but about the number of “qualified” candidates.

As the Israeli software development industry grows, so does the number of big tech companies looking to set up shop in Israel. This is good news for Israeli engineers and developers as they will have more opportunities to work for these big tech companies.

Google, on the other hand, has been growing its Israeli workforce steadily over the past decade. The search engine giant now employs around 1,600 workers in Tel Aviv, most of them software engineers.

Will the tech talent shortage cool off Israel’s red-hot industry? Possibly. But it’s not just Israeli companies that feel the effects of this shortage. The global software development industry is facing the same issue.

According to the IMF, by 2030, there will be a global shortage of 85 million IT workers. The basic idea is that the global competition for a “limited pool of technology workers” is heating up.

This is just another supply and demand issue. Technology is advancing at a faster rate than the number of people who are qualified to work in the industry. With more and more companies looking to enter the tech industry or grow their tech workforce, the demand for engineers and developers is increasing. But the supply of these workers is not keeping up with this demand.

So what does this mean for Israeli software developers?

For now, it means that they are in high demand and can command a higher salary. But as the global shortage of tech workers continues, Israeli companies, especially small Israeli start-ups, might start to feel the effects of this shortage. They may have to pay even higher salaries to attract and retain talent, or they may continue looking outside of Israel for engineers and developers.