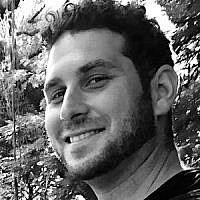 The Blogs
Matthew David Finkelstein
Apply for a Blog
Advertisement
Please note that the posts on The Blogs are contributed by third parties. The opinions, facts and any media content in them are presented solely by the authors, and neither The Times of Israel nor its partners assume any responsibility for them. Please contact us in case of abuse. In case of abuse,
Report this post.

On Tuesday two weeks ago, Facebook proudly announced it would be hiring 3,000 additional staff to help monitor hate speech on its now two billion strong social media platform. As of that Wednesday the world learned just how utterly incapable Facebook was of preventing others from fostering hate culture in its corridors no matter how many people it would be employing because of a major flaw in its hate speech detecting algorithm. Today I learned that Facebook is not only incapable of policing the language and cultures of hate in its own home, it is actually complicit in creating that culture itself.

Have you ever used GIF responses on Facebook? They’re usually pretty adorable composite images that show quick bits of video. In lieu of a written response, people who are too cool for that can opt to use cute animated GIFs that can convey so much more than mere words. After all if an image is worth a thousand words a GIF is worth one million. If you wish to become a GIF user it’s quite simple. Facebook subcontracts a whole library of GIFs for you to choose from. You can search them by topic and post them in your extra smarmy responses.

Want a GIF for ice cream? No problem. First image is a spoon lowering into delicious chocolate. Want a GIF for Mohammed? Too bad bigot! Facebook already beat you to that. They made sure that no image featuring the prophet was there. Ok clearly some policing is going on here. There’s nothing under the N-word. Good! That would be unforgivable. Tibet. . .odd there are no actual images of Tibet coming up. Wow! Someone does not want any GIFs of Tibet on Facebook.

Let’s try “jew.” Here’s what comes up on their search engine, providing to the public the very poisonous discourse they ostensibly claim to be fighting: 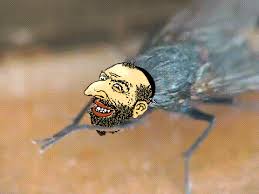 This, at the time of writing, is one of the first options that Facebook provides for you, its users, to describe Jews. So it’s clear that Facebook has some priorities in how it polices hate speech online where these images are concerned, but I seriously doubt that antisemitism is even on their radar where other “larger” concerns clearly merit attention. After all no Mohammed, no N-word.. .but also no image of Tibet at all and yeah Jews are here but they are covetous big nosed yarmulke wearing cartoon faces pasted onto some vermin greedily rubbing its hands together.

Might I suggest to Mr. Zuckerberg that he assign at least a few of the new hires to disengage from that faulty algorithm and instead use common sense approaches to monitor these obvious vectors where hatred may push through. Also I hope his very Jewish parents are not too mad at him and I want to assure them that Mark is a mensch who cares about all people equally not just the ones that make the biggest difference to his business. Here’s hoping we can all have a safer and more considerate Facebook experience very soon.

About the Author
Matthew Finkelstein is a clown activist and community organizer and an ardent Zionist tirelessly assailing the demons of antisemitism in the progressive wing of the California Democratic party. He is an administrator for the largest Zionist Facebook group in the world called Progressive Zionism and an active member of their writing core. He is the more handsome and talented twin brother of Times of Israel contributor Joel Finkelstein.
Related Topics
Related Posts
Comments