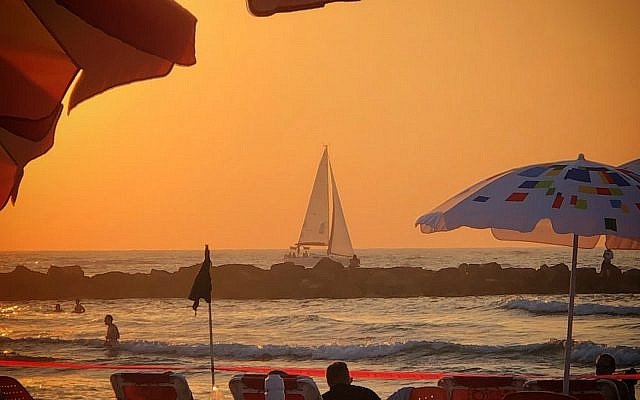 Israel turns 73 this week with much to look back fondly on. The country is in many ways a mind-blowing success. But Israel is a glass three-quarters full that’s three-quarters empty all the same. It is committing suicide before our very eyes.

Some countries’ demise would not cause many to lose sleep. Many state entities are fictitious, no few are instruments of oppression, and almost none achieve much of lasting worth. But to understand just how sad the demise of Israel would be — and by suicide at that — let us examine the glass half full.

For starters, though most of the country’s population originates from despotic places Israel has built an impressive democracy (while running a police state in the West Bank). Within the Green Line it is  not a fake democracy like Turkey’s or Russia’s. Elections are free, rights are protected overall, and despite the current semi-authoritarian leadership checks and balances prevail.

Even though the country has few natural resources and has suffered various forms of boycott over the years, it has built an impressive economy that with about $40,000 dollars per year per capita rivals western Europe and squeaks into the world’s top 20.

Israel’s tech sector is an international marvel, widely considered among the world’s most innovative. It has the country produced breakthroughs and  champions (from Checkpoint in cyber to Waze and Mobileye in transport automation to Taboola in ad tech and much more). It hosts genuinely major research centers of most leading technology companies from Intel to Facebook to Google. And played a major role in the creation of  technologies from the cellphone to instant messaging. As just one indicator, Israel leads the world in venture capital committed with $414 per capita – almost 50% than in the United States, three times the figure in Britain, and 20 times China with most of the world nowhere on the chart.

Israel also has an eye-popping assortment of  achievements that make it something of a Renaissance Country: Its health system is in some ways a global model, as evidenced by its Covid vaccination championship; among countries that are not tiny it is eighth in the world in Nobel prizes per capita with 14; its extraordinarily diverse population has yielded a deep  culture that enriches the world with all kinds of music (not only trance), TV formats and even high-quality shows on Netflix and Apple TV (seek ye the mesmerizing Losing Alice).

One can even throw in a good word about Israel’s relationship with its Arab minority, which could easily have been hostile in both directions but is not. Despite sharing an ethnicity with Israel’s past and present enemies the one fifth of citizens who are Arabs have been loyal and are currently engaged in an accelerated process of integration. As individuals they have better material prospects than they would in most of the rest of the region. In increasing proportions they speak flawless Hebrew, and there is every chance that in the future one will be able to say without the slightest irony that they are as Israeli as anyone else in the country. And the peace treaties with Egypt, Jordan, the UAe and Bahrain reflect growing acceptance in the region.

On top of all that, Israel has an impressive amount of geographical beauty from the snowy Hermon (yes, I count the Golan as Israel) to the Negev Desert and Eilat with its corals, Jerusalem is a tourism and history bonanza with few equals on the planet. Tel Aviv is a cosmopolitan, vibrant jewel, one of the surprisingly few major cities with a Western-facing beach primed for a cocktail by the sunset.

All this followed the near-eradication of the Jewish people in one of the worst atrocities in history. It is a lot, and studies show Israelis are among the happiest on earth.. Isreal has had a life well-lived.

Which is why it is sad that it’s committing suicide.

It is committing suicide in two quite specific ways.

First, the thing that cannot be said enough times: Between the Jordan River and the Mediterranean Sea there are about the same number of Arabs as Jews with more Arabs being born on any given day. Even with Gaza removed (thank you, Ariel Sharon!) the Jews are only at 60%.

The issue that Israel is trying to run away from is what to do with the West Bank, captured in 1967. It is not a simple question because the area is indeed strategically important, but the consequences of continued occupation are rather clear. Surrounding the Palestinian West Bank towns with military zones and calling them “autonomous” without building a real border that is sustainable does not mean these Palestinians are somehow not here. They will  lose hope in independence and demand Israeli citizenship. Israel will either be internationally ostracized as an apartheid country or will give in and cease to be a Jewish-majority state.

Israel should be looking under every rock for a secure way to separate itself from the West Bank Palestinians, but because of the tunnel vision of its right-wing politicians it is not;  instead it continues to add Jewish settlers to the territory every year, which is one of the most foolish policies being enacted by any group of people on Planet Earth.

The second way Israel is committing suicide is regarding the Haredim (the ultra-Orthodox minority that accounts for about one in eight of the nearly 10 million Israelis).

A summary: the Haredim encourage all men to study religion all their lives instead of working and want them to be paid for it by the taxpayer (which occurs); they assign specific roles to women and will not let them onto their parties’ Knesset lists; they mostly refuse to serve in the army while perpetuating conflict by being an intrinsic part of the right; in most cases they refuse to teach their children high-school level math, science and English to prepare them for the modern economy; and they rate the word of rabbis over the laws of the state (as reflected in the widespread disobedience during Covid).

If this was merely the plight of a minority, that would be a misfortune for this group’s youth and a blight on  society, yet survivable for the country at large. But the average family size in the sector is over 7 children (backed by child subsidies providing by the state), doubling its number every 16 years with only minor attrition. They will be the majority unless something dramatic changes, and the subsidy structure will collapse. Everything will collapse.

The secular will flee, which in turn will hasten the Palestinian majority. Israel as the world currently knows it, with the Nobel Prizes and the high-tech clusters and the gay parade in Tel Aviv, and the professors and the poets and the kibbutzim and the powerful military — all of that will be gone, as dust in the wind.

It is ironic that both of these paths to suicide attach to the right wing, which has the temerity to call itself the “National Camp” while leading the country over these two separate but adjacent cliffs. And the birthrate of the religious keeps adding to voters to the right.

Meanwhile, Israel finds itself beset by a ruling party that is unwittingly accelerating the process by dragging it down an authoritarian, ant-intellectual and illiberal path. The politics are so dysfunctional that four elections in two years have yet to yield a government. The discourse is so degraded that only a minority of Jews feel the shame they should for the oppression being done in their name in the West Bank. And the rot setting in is evident in the steady decline of young Israelis’ comparative test results.

It is not easy to see how Israel exists this suicide march. Mostly it needs the right to wake up or the people to wake up and defenestrate the right. Israel’s opposition would do well to grow a leadership with courage, focus and determination.

But there is the possibility of deciding otherwise. Israel could still act decisively in ending the settlement catastrophe and ceasing its subsidizing of the Haredi lifestyle.

The latter would require concrete steps toward encouraging family planning, self-reliance,  employment and modern education that prepares children for the labor market. But proposing this invites charges of imposition and even accusations of anti-Semitism, and so far the few who are clear-eyed enough to see what is coming have lacked the political will.

There is no law of history that says they will find it. Societies and even empires do wither away and die. Babel, Phoenicia, Yugoslavia, the Soviet Union; the Roman, Austria-Hungarian, Ottoman and British empires. The sun set on them all, to a mere whimper of surprise.

Britain’s Prince Philip died recently, two months shy of his 100th birthday. It will take a major paradigm shift for Israel as we know it to reach that milestone in 2048.