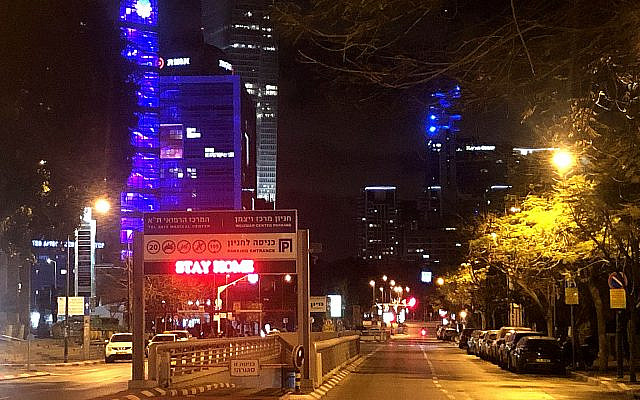 This is the moment in the coronavirus saga when optimists dare to contemplate the day after, and some are prophesying wholesale change. Will it come? Human nature is basically what it is – but history does turn on inconceivable events.

Just as it was inconceivable that Germany would try to take over the world, or that my daughters can now instantly publish to everyone on Earth, so is it shocking that billions are on lockdown, Europe’s borders are closed, the global economy is at a trickle, and there are almost no events – yet even the normally excitable seem somehow rather stoic.

This situation is totally insane and it won’t soon be forgotten, so it’s reasonable to expect that it will also spark some change. Much of that will amount to an accelerating of trends that were hanging around before but have been turbocharged by the lockdown.

The most obvious in that bucket is stay-at-home work. It has long been possible and was already happening but never at this scale: Now most people working are doing it from home. When the crisis ends, everyone could return to offices. But some will probably conclude that having tried it, the loss of physical proximity to colleagues (and the benefits of getting out of the house) is outweighed by eliminating the costs and hassles of commuting (plus the environmental benefit). That should mean success for businesses that enable online work – and suppress commercial and office real estate.

Then there’s business travel. In the three months prior to the crisis I made six intercontinental trips for fairly brief meetings and one fancy conference, entailing hotels, expenses and the risk of planes crashing. Now all such meetings are held on Google Hangouts or Zoom — and the return on the investment of travel is starting to look dubious. Even a 10% shift will move the market; I wouldn’t want to hold airline or hotel stocks right now.

Fortunes will be made and lost on identifying such trends. Here are some suggestions.

It’s not so clear where China stands. China both begat the virus and has been successfully quashing it in a police state manner. The latter may add to its stature, especially if it hands out shiploads of masks and respirators. But if it turns out the virus was a laboratory accident in Wuhan (the conspiracy theory that dare not speak its name, and currently has no evidence), then all bets are off and boycotts may be coming.

I’d like to hope that corona will suppress the global market for nonsense. The populist war on facts and science, the acquiescence to spin and false equivalence, the primacy of victory and power over truth and justice – none of these are great for fighting natural disasters. But because of human nature, I cannot be sure this lesson will be learned; we will have to wait for November and see if Trump is reelected.

Kohelet (Ecclesiastes) wrote in biblical times that “there is nothing new under the sun.” Nineteenth-century French intellectual Jean-Baptiste Alphonse Karr is credited with “the more things change, the more they stay the same.” And less than 50 years ago, English rockers The Who asked us to “meet the new boss, same as the old boss.”

The powerful idea that the essence is a constant persists through space and time and it usually holds true.

But there are those rare occasions when it’s absolutely wrong.