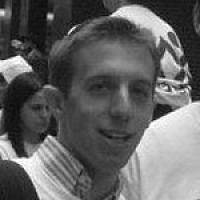 The Blogs
Jason Strauss
Apply for a Blog
Advertisement
Please note that the posts on The Blogs are contributed by third parties. The opinions, facts and any media content in them are presented solely by the authors, and neither The Times of Israel nor its partners assume any responsibility for them. Please contact us in case of abuse. In case of abuse,
Report this post.

One of the recurring themes of the Yomim Noraim, of the Days of Awe, is that of G-d’s dominion over the world. The Talmud (Yoma 87b) records the opinion of Rabbi Yochanan that וידוי, penitence, begins with the words “רבון העולמים”; i.e. repentance begins with acknowledging G-d as the Master of the Universe (the actual One, not the Mattel action figure). There are many ways in which G-d’s authority is manifest but one aspect of G-d’s position of power is that He is the only One who can justly pardon or punish those who sin. He is also the only One who has the ability to intervene and protect the weak from any danger. In other words, in begging G-d to look past our sins to our potential for good, we recognize that G-d’s great power comes with tremendous moral responsibility.

Moral responsibility in some ways comes naturally to the Jewish People. We have been subject to the whims of powerful kings and governments hostile to Jewish life for millennia, during which we’ve experienced persecution, exile, and genocide. As a result, we have today become vigilant about defending ourselves, our fellow Jews, and our State from prejudice, discrimination, and annihilation. Additionally, the Jewish People have come to appreciate the importance of fighting for justice and the health and safety of all people (a la כי גרים הייתם בארץ מצרים). We march for civil rights with Martin Luther King Jr., race across the world to aid nations suffering from natural disasters, and ease the pain of kids living with cancer by teaching them martial arts. And we’ve also begun, thank G-d, to create numerous organizations to protect Jews from their fellows Jews.

Still, there seems to be something missing, which I feel is well illustrated by an article by Nechama Leibowitz z”l, found in her book, New Studies in Shemot Part I (pp. 39-48). She notes that the Torah describes Moses as having a unique awareness of the suffering of others: “וירא בסבלותם” (Exodus 2:11). The Torah demonstrates his sensitivity with three stories told in quick succession: (1) Moses defends a fellow Hebrew from an Egyptian (ibid. 2:11-12); (2) Moses protects a Hebrew from another Hebrew (ibid. 2:13-14); and (3) Moses “saves” non-Hebrew women from aggressive non-Hebrew shepherds (ibid. 2:17). Leibowitz points out that by ordering the three stories in this way, it becomes clear that Moses’s motivations are not based on self-interest or Jewish nationalism but rather on moral principle. To Moses, it is worth fighting for justice for any person, even at personal risk.

As I taught this passage to a student of mine, I realized that the Torah does not mention any fourth story, one in which Moses protects a non-Hebrew from Hebrew abuse. The reason for this is not a mystery: Moses lived in a time when Israel was subject to the power of others. Jews could fight for justice amongst themselves and against powers greater than themselves but it was unlikely that one would find a case of Jewish abuse of power against non-Jews in Egypt. However, Leibowitz cites a midrash that does seems to acknowledge the ethical complexity of Jewish power. The context of the midrash is Moses’s pleading with G-d to let him enter the Land, despite his sin at Mei Meriva. Moses claims that his own piety is unparalleled in Jewish history and he thus deserves a chance to enter with the rest of the People. G-d responds as follows:

The Holy One, blessed is He, said to [Moses]: “Did I tell you to kill the Egyptian?” [Moses] responded, “But You killed all of the firstborns of Egypt! Should I die for killing just one Egyptian?” Said the Holy One, blessed is He, “Are you in any way similar to Me, the One Who both causes death and restores life? You cannot restore life, as I can.”

G-d accuses Moses of unjustly killing the Egyptian, albeit one who was attacking a fellow Hebrew. Unlike Himself, G-d explains that Moses should not have the power to take life as he is incapable to bring life back. Most people would ask: “Moses had an obligation to kill the Egyptian – he was hitting a Jew! What should he have done differently?” I agree; Moses was never punished for killing the Egyptian, as he should not have been. However, G-d nonetheless brings up Moses’ killing of the Egyptian in this context to force him to realize that even when justified, killing anyone is inherently evil, though sometimes necessary. Moreover, Hashem teaches Moshe that unlike the רבונו של עולם, the Master of the Universe, Who can reverse His decisions, when humans abuse power, the effects may be irreversible.

For most of Jewish history, in the Land of Israel as well as in the Diaspora, we have rarely found ourselves in the position to make or break the daily experience of non-Jews. Today, the situation is different. There are segments of our community that have political and economic power unimaginable just decades ago. The State of Israel is the greatest military, technological, and economic power in the Middle East. She has justly used that power to become a center for technological and medical advancement, for aiding hundreds of Syrians brave enough to seek help across the border, and for protecting her citizens against rocket fire and terror tunnels.

At the same time, Israel also has millions of non-Jewish citizens, as well as millions of Palestinians under its political and military influence. We need to recognize the enormity of this power and how easy it is to abuse. We can’t afford to have MKs advocate for expulsions and conquests, to mistreat African refugees, or to overlook discrimination against Arab Israeli citizens, which has not yet been fully addressed. We need to admit that just as we expect Palestinians to take responsibility for violence and extremism within their communities and for the Muslim world to condemn and isolate ISIS, we too must be even more vigilant about fighting violence and extremism within our community and amongst our leaders. And we need to seek to end the need for violence, even in self-defense, by not giving up on peace.

As a people, we have begun to address the moral challenges of Jewish power. Institutions like the Israel Democracy Institute and the Shalom Hartman Institute are fighting to maintain and balance the Jewish and democratic values of the state. Organizations like Maaglei Tzedek in Israel and Uri L’Tzedek in the US have begun to address how Jewish businesses treat their workers, including, or maybe even especially, their non-Jewish employees. It is essential to increase and support these efforts. If the Jewish People is meant to be a model nation and Israel a model state, then we must hold ourselves to the highest possible moral standard. We must set an example for what a just society can be.

If we can do this, if we can inspire the world in this way, maybe this Sukkot, or during some Sukkot in the future, we’ll get to experience the prophecy of Zechariah:

And it shall come to pass, that everyone that is left of all the nations that came against Jerusalem shall go up from year to year to worship the King, the Lord of Hosts, and to celebrate the Holiday of Sukkot.

About the Author
Rabbi Jason Strauss is the rabbi of Congregation Kadimah-Toras Moshe in Brighton, MA and a Judaic Studies teacher at Maimonides School in Brookline, MA.
Related Topics
Related Posts
Comments