Last year, I joined a gym in Dir El Assad. It’s called Evolution. I was the first Jewish guy to join the gym and I did it only after speaking to Sharif the owner, making sure it wouldn’t be uncomfortable for other members. I was welcomed with open arms by Sharif and all those training there – and in no time at all, I felt at home, besides being the only guy over 60 working out. Later, my son joined me and he too came to enjoy the atmosphere. Over time, Sharif and his brother Amir have become friends. They even took me to a mourning ceremony for a boy who was killed in a car accident on the road to Tuval. I was welcomed by the grieving father with a warmth that left me with a lump in my throat from gratitude.

The relationships I had built with the people in the gym have been invaluable, if superficial. I see it as my contribution to promoting coexistence, on a personal level. I think the first step to coexistence is to connect to people, not as “them.”

This last week, our lives have been turned upside down in Israel. Cities that were shining examples of coexistence like Haifa and Akko, Ramle, and Jaffa, have become battlefields with incensed gangs roaming the streets – Arab gangs looking for Jewish targets, or victims, and Jewish mobs enforced by Lahava and LA Familia, bused in, to hunt for Arab victims. Businesses and cars were torched, livelihoods ruined and innocent passersby were lynched and beaten and kicked to within an inch of their lives.

The delicate tapestry of coexistence, that we have built over 20 years, is unraveling before our eyes, perhaps irreparably, damaging our relations with our neighbors, as suspicion and distrust, resentment, and anger threaten to dictate our way of life from here on in.

Every corner of the country has been affected by racial tensions. On Friday night, the road to Tuval, my home, which has only one way in and out, was blocked with burning tires and rocks strewn across the road. Cars trying to get through were stoned from unseen positions in the dark. Eventually, the deputy mayor and other dignitaries of Dir el Assad arrived to calm the tensions and they organized a convoy, placing themselves as shields to ensure safe passage for Tuvalnikim to drive home.

Tensions are running high and I didn’t know if I was still safe and welcome at the gym. So, I phoned Sharif and explained to him my apprehension. Within half an hour I received several voice messages from people I know in the gym.

“Friend, feel safe. No kfar is safer for you than Dir El Assad”.

“Greetings, my brother, how are you? I am one of the guys who train here. Come and train with us, with no worries. There is no danger. You are like a brother to us. Nobody will bother you”.

” Hey man! You are in no danger. Come and train with us. You are part of our family”.

I cannot describe the emotions I felt, receiving these messages. My chest burst with … appreciation?

So, I went to the gym. I locked my car and prayed that I would find it in the same condition when I came out of the gym.

The welcome I received upon entering the gym blew me away. It seems that every person in the gym approached me to shake my hand and to tell me how much they feel I am a “part of the family”. The discussions with each of them were short but meaningful. We were there to work out, after all… 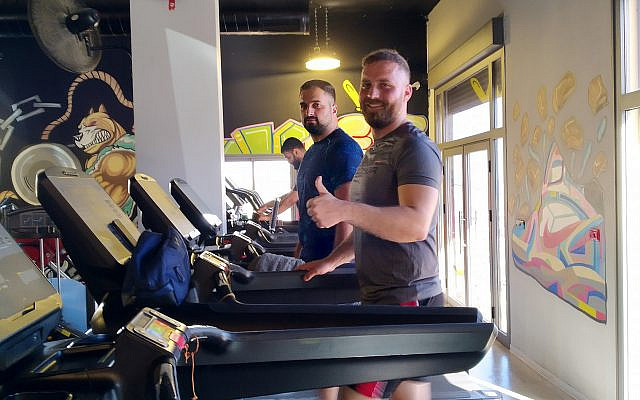 Hani giving a thumbs up. (Own picture).

“People who do these things are brainwashed. They don’t think”.

“This is not who we are”. “We want to be friends and partners”.

One guy even said to me, “ Coexistence is the wrong word. We live together, not next to one another, and this violence does no one any good”. And I thought, “This guy totally gets it”. 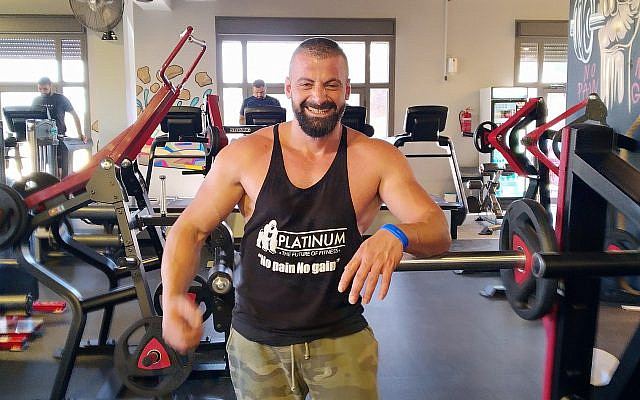 ““This is not who we are”. “We want to be friends and partners”. (Own Picture)

Walking back to my untouched car, I felt like I was walking on air.

There is hope. There is a horizon. There has got to be a morning after, and with neighbors like this, we can overcome the hate. Believe.