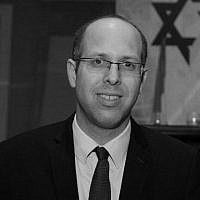 The Blogs
Ohad Zemet
Apply for a Blog
Please note that the posts on The Blogs are contributed by third parties. The opinions, facts and any media content in them are presented solely by the authors, and neither The Times of Israel nor its partners assume any responsibility for them. Please contact us in case of abuse. In case of abuse,
Report this post. 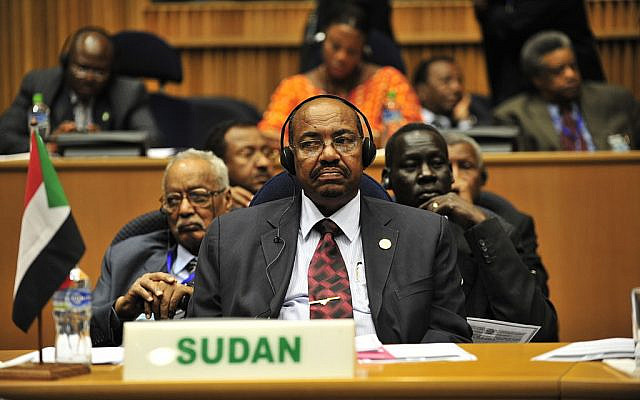 Omar Hassan Ahmad al-Bashir, the former president of Sudan, listens to a speech during the opening of the 20th session of The New Partnership for Africa's Development in Addis Ababa, Ethiopia. (Source: WIkimedia Commons. Credit: U.S. Navy photo by Mass Communication Specialist 2nd Class Jesse B. Awalt/Released via Jewish News)

These are not just my words, but also those of the Head of Sudan’s Sovereign Council, whose country has rightly concluded that Israel is no longer its enemy by announcing the normalisation of our relations. Coming so soon after we established formal diplomatic ties with the United Arab Emirates and Bahrain, these past six weeks mark the greatest advance for the cause of Middle East peace in some 26 years.

Until recently, Sudan supported terrorism and extremism and historically even raised arms against Israel. When it was an ally of the Iranian regime, Sudanese land was used for the manufacture and smuggling of weapons that supported the export of the Islamic Republic’s violent ideology across the region. It also hosted al-Qaeda and Hamas operatives.

In perhaps the most symbolic statement of their opposition to Israel, it was in Sudan’s capital Khartoum that the leaders of the Arab world gathered in 1967 in the aftermath of the Six-Day War. Together, they issued the infamous ‘Three Noes’, proclaiming there would be no peace with Israel, no recognition of Israel and no negotiations with Israel.

That such a defining policy of the Middle East in the 20th Century has so conclusively fallen shows how momentous the shift is. Hatred of Israel has been cast into irrelevance in favour of a new norm of constructive and warm relations that will promote stability, security and prosperity in the region. The people of Sudan are already beginning to see the benefits, and our countries will soon hold significant bilateral discussions on agriculture.

If a country with a past of such strong opposition to Israel can choose peace over conflict, history suggests that others in the Middle East and North Africa will be inspired to follow. Four years after the 1973 Yom Kippur War, Egypt’s President Sadat gave an unprecedented speech before Israel’s parliament, proving that reconciliation with an Arab country was possible. Jordan followed, with King Hussein signing a treaty with us in 1994. This trend has accelerated dramatically in recent weeks, and I believe it will not be long before we herald another achievement that mere months ago might have been regarded as unthinkable.

With Sudan joining the UAE and Bahrain, two distinct groups of countries are beginning to emerge in the Middle East. One supports peace and prosperity for our peoples and our region, whereas the other promotes violence and terrorism that offers nothing but belligerency and bloodshed. Everything has changed, and peoples across the Middle East are now deciding which side of history they wish to be on.