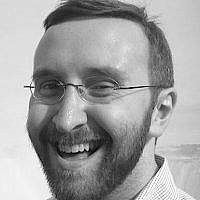 The Blogs
Alan Goldsmith
Apply for a Blog
Please note that the posts on The Blogs are contributed by third parties. The opinions, facts and any media content in them are presented solely by the authors, and neither The Times of Israel nor its partners assume any responsibility for them. Please contact us in case of abuse. In case of abuse,
Report this post.

The Iran nuclear deal’s recent two-year anniversary prompted numerous positive commentaries on the agreement’s accomplishments to date. However, as the Trump administration reviews US policy on Iran, it should remember that sunny though the present may seem, the deal’s long-term costs are many and heavy—and long outweigh the benefits. So, with respect to the Iran deal, we should brace ourselves, for winter is coming.

The deal’s short-term positives are noteworthy. Iran has shipped out most of its stockpile of enriched uranium, is temporarily prohibited from enriching uranium to anywhere near weapons-grade levels, and redesigned its heavy-water Arak reactor so that it cannot make weapons-grade plutonium. Consequently, Iran’s “breakout time,” the period it would take Tehran to develop a nuclear weapon, has expanded from several months pre-deal to closer to a year.

But the present picture is not entirely rosy. In exchange for Tehran’s temporary concessions, the U.S., European Union, and United Nations have applied significant sanctions relief, revitalizing Iran’s economy and enabling the regime to access more than $100 billion in previously frozen assets. Instead of reforming, Tehran has used its economic windfall to bankroll its continued dangerous behavior, including launching ballistic missiles (i.e., nuclear-weapons delivery systems), sponsoring terrorists like Hezbollah and Hamas, aiding Assad’s murderous regime in Syria, increasing the budget for its hostile and expansionist military, violating the human rights of its own people, and taking several Americans and other Westerners hostage.

Still, let’s assume, for the sake of argument, that all those costs are worth it to restrain Iran’s nuclear program. Let’s even assume that Iran, a serial violator of its international commitments, is complying with the deal, notwithstanding reports to the contrary.

Were all these assumptions true, they would still be cold comfort for anyone alive in 2031 and beyond. For by then, the deal’s constraints on Iran’s nuclear program will largely melt away and Iran will enjoy a clear path to nuclear weapons. Tehran would be allowed to enrich and stockpile as much weapons-grade uranium as it wants and reprocess plutonium to boot, reducing its breakout time to develop nuclear weapons “almost down to zero,” as President Obama said in 2015. And the shorter Iran’s breakout time, the less time the U.S. and its allies would have to reinstate sanctions or launch military action to prevent Iran from crossing the nuclear-weapons threshold.

Compounding the problem is the nuclear deal’s front-loaded sanctions relief. In practice, sanctions, once lifted, cannot easily be reimposed in the event of Iranian noncompliance, even if the letter of the deal allows it. It took years to adopt and implement the sanctions in the first place and cripple Iran’s economy to the point that Tehran came to the negotiating table.

Further, Europe, China, and Russia will not likely be amenable to sacrificing over $100 billion in contracts Iran has signed with foreign companies—including a recent multi-billion-dollar gas deal signed by France’s Total and China’s CNPC. More such deals are likely to follow, so as time goes on, while Iran will have fewer and fewer limits on its nuclear-weapons objectives, the leverage the U.S. and its allies possess to hold Iran accountable will diminish.

At best, then, the deal kicks the Iranian nuclear can down the road—at an unacceptable cost. And as usually happens when we kick the can down the road, the problem will get worse and we will have fewer and worse options to address it.

The deal itself provides no way out of its long-term flaws. Some of the agreements’ defenders have noted that as part of the pact, Iran has recommitted never to develop nuclear weapons. This is true but irrelevant. If Tehran’s word counted, the nuclear deal never would have been necessary, for Iran would simply have abided by its original commitment as a signatory to the Nuclear Nonproliferation Treaty, instead of violating it. We are where we are because Iran breaks its promises, and we should assume it will break them again.

Reasonable people can differ on a path forward to improve the deal so that it actually stops Iran from getting nuclear weapons. But as with many things, the first step to fixing our problem is recognizing that we have one in the first place. And that problem is that the current shortsighted agreement has mortgaged our future and made a nuclear Iran more likely in the long run.

About the Author
Alan Goldsmith covers policy and Washington Outreach for United Against Nuclear Iran and the Counter Extremism Project. He served as a professional staff member for the House Foreign Affairs Committee from 2007 to 2013. His views are his own.
Comments