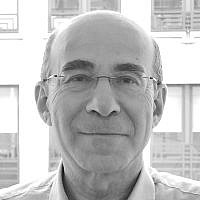 The new Israeli government with Likud leader Benjamin Netanyahu as Prime-Minister did not lose any time after it was sworn in before New Year’s Eve to launch a populist ‘reform’ program under pressure of far-right parties.

The ground for the new coalition government, which is barely supported by half of the electorate, was prepared already before the government took the oath to be faithful to the State of Israel. With a simple majority of 64 of the 120 Knesset members, the incoming government passed new laws in a hurry to enable a convicted ultra-orthodox party leader to be in charge of two ministries and another ultra-nationalist party leader to grab power as national security minister.

As Israel does not have a written constitution, the laws were passed under the disguise of non-personal ‘basic’ laws. In most other countries in the EU, such laws would require a qualified majority in the parliament or enter into force after new elections. But Israel is a young democracy with loopholes in its legislation. The democracy has become even more vulnerable because of the on-going occupation of territories where the Palestinian inhabitants are deprived political rights and freedom of movement.

The occupation was supposed to be temporary but the longer it continues the more it also erodes democratic values inside Israel. Already the right to peaceful demonstrations against the new government in Israel is questioned. Furthermore, the new government has been taken hostage by far-right politicians that have settled in the territories and represent the settlers there. Despite their growing number, they are still a small minority of the Israeli population.

The new government has no intention of promoting any two-state solution and is bent on settlement building. Instead of confidence-building measures, it can only think of provocative measures. The first thing the new national security minister did was to visit to the Temple Mount in Jerusalem. This time it passed peacefully but the visit raised concerns that he intends to change the status quo on the Temple Mount. It could easily spiral out of control and escalate to riots and war.

Moreover, the new government decided to punish the Palestinian Authority for its recent request to the UN to ask the International Court of Justice in The Haque for an advisory opinion on the legality of the occupation. In response, Israel will freeze Palestinian construction plans in the West Bank and seize taxes which it collects on behalf of the Palestinian Authority. In the government’s view, any political-legal activity against Israel is not allowed.

The Palestinian Authority has until now cooperated with Israel to keep order in the West Bank and is of course also a partner for peace. Forbidding peaceful protests against the occupation and sanctioning the Authority for a legitimate legal action in the current deadlock in the peace process can only make the situation worse and play into the hands of terrorist organisations.

The far-right power grab would not have been possible if Netanyahu had not been so dependent on the far-right in his eager to escape his on-going trial on charges of corruption, fraud and breach of trust. In a less polarized democracy, he would probably have been ousted as party leader or taken time out. This would have made it possible for his party, under another leader, to form a majority government with other center-right parties without the ultra-orthodox and ultra-nationalist parties.

But Netanyahu controls the Likud party. Those who voted for him in the parliamentary elections believe that he is innocent and best fit for Prime Minister. He has been inciting against the judiciary system for framing him and stealing the democratic vote. It came therefore hardly as a surprise that the first thing his new minister of justice did last week (5 January) was to propose a judiciary ‘reform’ under the pretext of improving governance and restoring the balance between the branches of power.

The proposed judicial overhaul consists of three parts: 1) changing the composition of the committee that selects judges, including Supreme Court judges, by adding more politicians and giving them the majority, 2) turning the current legal advisors in the ministries from professional officials into politically appointments controlled by the ministers and 3) abolishing the right of the Supreme Court to cancel “unreasonable” government decisions and parliamentary legislation that is incompatible with basic laws.

A fourth component which is in the pipeline is the so-called “override clause” which would give Knesset (the Parliament) the right to strike down Supreme Court rulings with the smallest possible majority (61 out of 120 lawmakers) and reinstate legislation that the Court has found incompatible with basic laws or fundamental rights. The court would have the right to cancel the law a second time but only if almost all of its 15 judges voted in favor of it.

The new government claimed that it wants to restore the public’s trust in the courts but politicization of the judiciary will have the opposite effect. Furthermore, until now the Israeli judiciary has been trusted to investigate, prosecute and convict violations of international humanitarian law or that is what Israel has been claiming that it is doing. If its judiciary cannot be trusted any longer, such allegations will be tried in international tribunals.

A turn to authoritarianism

The proposed changes have aroused demonstrations and protests in Israeli society. The outgoing government, now opposition, describe them as a regime change and a threat to democracy. Former supreme court judges denounce them as undermining the independence of the judiciary and destroying the fragile balance between the branches of power. Netanyahu, using Orwellian ‘newspeak’, defends them as ‘restoring’ the correct balance and ‘strengthening’ democracy.

The opposition seems to comfort itself that Israel is not Hungary and Poland and that Israeli society is enough resilient to thwart the government’s plans by mass demonstrations and extra-parliamentary methods. Some put their trust in the Supreme Court and hope that it will use its existing powers to prevent Israel from becoming an illiberal democracy.

The warning is already written on the wall and there is no need for any Daniel in the Bible to decipher it. In fact, Israel’s democracy might be in greater danger than EU member states where European values and the principles of the rule of law are violated. In the EU, the European Court of Justice rules that EU law takes precedence over national law.

But Israel is not a member of the EU and does not benefit of any EU safeguards if it makes a turn to authoritarianism and distances itself from the values that were enshrined in its Declaration of Independence. It must rely on itself to take care of its democratic institutions and survive in a hostile environment.

About the Author
Mose Apelblat is a journalist and former official at the European Commission with a professional background in public auditing in Sweden and Israel. He writes about current EU and Israeli affairs from a European perspective. Born in Sweden to Holocaust survivors, he co-authored in 2019 a book on the second generation in Sweden and the memory of the Holocaust. He made aliya in 2015 and is engaged in a project to replace Israel's dependence on fossil fuels in the transport sector by an electric road system charging e-vehicles when driving.
Related Topics
Related Posts
Mose Apelblat