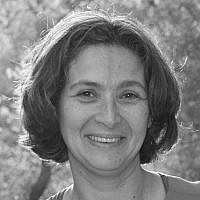 The Blogs
Dana Blander
Apply for a Blog
Please note that the posts on The Blogs are contributed by third parties. The opinions, facts and any media content in them are presented solely by the authors, and neither The Times of Israel nor its partners assume any responsibility for them. Please contact us in case of abuse. In case of abuse,
Report this post. 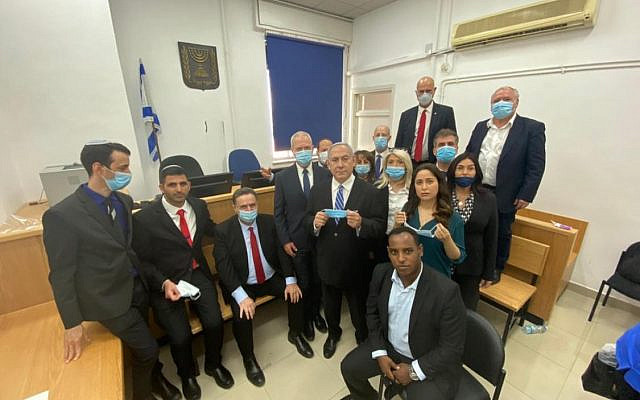 As citizens of a democratic state, we share a common political and social imagination rooted in a common system of beliefs, rules, and red lines. We know what may be done in a democratic country, and what may not. This contract between citizens and the state is based first and foremost on trust, which is founded on the understanding that the state acts in the interest of the public and will keep to the very minimum any infringements of its citizens’ freedoms and human rights.

But in democratic countries, the efforts to combat the coronavirus epidemic have undermined this contract. Indeed, the virus has “succeeded” where terror has “failed.” When it comes to terror, democratic states have to fight with one hand tied behind their back, as Aharon Barak, former Israeli Supreme Court justice, put it; but when it comes to the coronavirus, governments have had a free hand, while their citizens were prisoners in their own homes. In democracies, the war on terror does not justify the use of any and all means. For example, torturing suspects might help to prevent terror attacks and save lives, yet democratic countries do not allow it.

What, then, has led to the crossing of red lines in dealing with the coronavirus epidemic, and the creation of an autocratic atmosphere at the heart of democratic countries? One possibility is the fact that the virus first emerged in a non-democratic country, which fought against it with means that are not to be found in the democratic toolbox. In the early days of the outbreak, as footage emerged of Chinese policeman forcing people to take their temperatures at home and forcibly “exiling” the sick, it seemed as though these were things that could only happen in China, where civil freedoms are easily repressed. But that fact that, at least according to reports, this hardline policy of lockdown and infringement of individual privacies did indeed halt the spread of the epidemic blinded the eyes of decision-makers in democratic countries.

We can only wonder what would have happened if the virus had broken out in a democratic country. Most likely, directives on maintaining hygiene would have been issued, along with recommendations for people with a compromised immune system or respiratory illnesses to remain in their homes; instructions to wear masks in public places, and at the most, restrictions on large-scale gatherings — but not much more than that. Not even if it was necessary. This would have been the case mainly because decision-makers in democratic countries would have been unable to imagine imposing a curfew on an entire country, locking down millions of citizens, or enacting wide-scale monitoring of citizens’ cellular phones by security apparatuses. This would have been simply inconceivable as such steps run counter to our shared democratic values. However, because the model for coping with the virus was a non-democratic one, we were pulled into adopting it. Had the pandemic begun in a democratic state, it is possible that those calling for lockdowns and quarantines would have been largely ignored, and the government would have consulted with other experts.

The problem now is that our democratic political imagination has been infected with touches of autocratic ideas as governments have discovered that these are in fact viable. Yet while in non-democratic states, in which compliance is based on fear, it will be possible to once again use draconian measures to prevent a second or third wave, while doing so will be very difficult for democracies, and particularly for Israel. This is because in democracies, compliance is based on the trust that is the foundation for the legitimacy of political institutions and on citizens’ consent to the state’s use of its powers. Trust is a far more fragile foundation than fear: it is difficult to establish, and easy to destroy, whereas fear is easy to plant and easy to cultivate. Erosion of trust will lead to wide-scale non-compliance.

Here in Israel, public trust in decision-makers, which in any case has suffered from a shortfall for some time now, has certainly been shaken by factors connected with fighting the coronavirus epidemic, such as chaotic decision-making processes, inconsistent and incoherent instructions to the public, selective enforcement, and hesitant economic decisions. These have been coupled with factors relating to the political system: leaders’ failure to provide a personal example, and in particular, the formation of a bloated and wasteful government in the midst of a national and economic crisis. Rehabilitating public trust will require bold and authentic leadership — which is not being provided by our new two-headed government.

About the Author
Dr. Dana Blander is a research fellow at the Israel Democracy Institute.
Related Topics
Related Posts
Comments