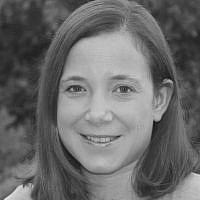 The Blogs
Pamela Laufer-Ukeles
Apply for a Blog
Please note that the posts on The Blogs are contributed by third parties. The opinions, facts and any media content in them are presented solely by the authors, and neither The Times of Israel nor its partners assume any responsibility for them. Please contact us in case of abuse. In case of abuse,
Report this post. 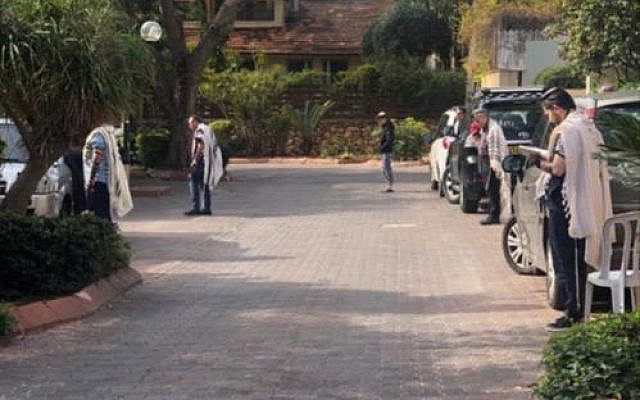 The minyan on my street. (courtesy, the neighborhood minyan)

When the prime minister announced that a maximum of 10 people would be allowed to congregate within 500 meters to exercise in pairs or in groups of up to 10 for public prayer I thought I would just lose my mind. I was in shock.

Essentially, because a prayer group under Orthodox religious practice maintains that you need 10 men for a minyan, a woman showing up would make it illegal. How could the government make it illegal for a woman to pray with a minyan?

When I expressed my shock, I got many of the typical responses that failed to provide solace. Among them: 1) they won’t enforce it (from people who are particularly careful about the regulations no less); 2) it’s all a mistake due to public health concerns so it’s not worth fighting [whether it’s a good idea or not is besides the point: once the government makes a regulation, it has to be non-discriminatory]; 3) women don’t need to pray in a minyan [true, but completely beside the point]; and finally, 4) Judaism is inherently discriminatory, so just deal with it; why does this in particular discrimination bother you?

Well, it hit me harder when the state seemed to adopt the discrimination as law, especially when we are all under so much pressure.

When I reflect, I can point to one negative and one more positive reason that I really took it hard.

First — the more negative reason — is that my street has a minyan that used to meet right outside my house before it was disbanded by the lockdown. It admittedly made me uncomfortable to walk outside my gate, feeling like, as a woman, I was invading the sacred space of the tefilla (prayer). Although nobody would have told me not to walk through the prayers transpiring on my street to go for a run, get to my car, etc., – because I am religious, it felt problematic and I felt uncomfortable and out of place right outside my own home. I am religiously observant and respect the sacredness of prayer. I attend traditional minyanim — in addition to more egalitarian minyanim — and when I do so, it is in a ritual space that I can leave. This felt like the discrimination was nearly in my yard, and it felt invasive. With the new regulation, I knew that the minyan would certainly start again, and now, if I would walk through my gate, or want to join in Friday night services, my presence would make the legal illegal. Essentially my inner discomfort would become an explicit legal provision. I would literally not be allowed to be among the minyan. It is one thing for a minyan to count only men in order to consider itself a public prayer service; it is another thing to say that the public prayer is legally only for men.

The second reason this regulation hit me so hard is much more positive. We are under lockdown! And I was so looking forward to a little release. So it hurt that one of the two things that were offered would be off-limits to me because I am a woman. I pray daily. And, working from home, and generally being stuck in the home, I would relish an opportunity to go outside twice a day to pray with people — actual humans! My presence may not count for making the prayer “public,” but I still want to have the option of praying in public because that is a wonderful way to connect to other people and to G-d, in a time when we are intentionally isolated.

I went to sleep devastated.

But, for reasons that I assume are completely unrelated to the way the regulation excluded women, when I woke up, the world was better and 19 were allowed to pray together.

So, now that I knew how it felt to not be allowed to join the public prayer, despite a mostly sleepless night, I was excited to join. I have a friend who is saying Kaddish so I asked her to join as well. She had missed saying kaddish in a minyan for too long.

So, in a magical twist of fate, it was a resplendent experience. For me, because I was so upset before, and now I was making the minyan a space that I felt comfortable in, that I could feel apart of. And it was very meaningful. My 11-year-old daughter was able to join as well. Some of the men are friends and they spoke to me. I felt part of the public prayer in way I never had sitting behind a mechitzah when I said kaddish for my father three years ago. My friend was nearly in tears when they asked her to speak up so that she could be heard when saying kaddish. Can you imagine!

Granted, I live in two worlds. In my professional world, I tolerate no discrimination. But in my personal life, because I believe in religion and spirituality (not the discrimination), I tolerate a certain amount of discrimination — although less as I age. But I do believe you can be a religious feminist because progress can be made and ultimately, I want to be part of a congregation of religious people who accept me and respect me for who I am. And today I felt like I took a small step forward.

So, two surprising consequences of our prime minister’s impertinent recital of a regulation that had not yet been approved by his cabinet:

First, I am now dedicated to attempting to pray in a public prayer service three times a day

Second, my street minyan is maybe a little bit more women-friendly that it had had any intention of being.

Both consequences are welcome surprises.

About the Author
Pamela Laufer-Ukeles is Professor of Law and Health Systems Administration at the Academic College of Law and Science in Hod Hasharon, teaching feminist legal theory, bioethics, health care reform, and elder law among other subjects.
Related Topics
Related Posts
Comments