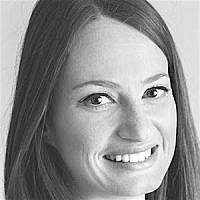 The Blogs
Rina Barbut
Apply for a Blog
Advertisement
Please note that the posts on The Blogs are contributed by third parties. The opinions, facts and any media content in them are presented solely by the authors, and neither The Times of Israel nor its partners assume any responsibility for them. Please contact us in case of abuse. In case of abuse,
Report this post.

You are leaving your corporate job and you want to do something where you’ll be your own boss!

Familiar story? Then you get a phone call from a former colleague, someone who knows you well and worked with you in the past. He mentions an opportunity for a managerial role in his company that he thinks you’ll be a great fit for.

You never thought about working for that company, and you certainly never considered being a manager. You want to work for yourself, but at the same time, this is an opportunity that might not present itself again. What would you do?

I was in this situation, and after 2 meetings with the hiring manager, I found myself with a contract in hand. It was going to be my first managerial role in a leading cyber security company in Israel!

I had so many feelings (excitement, confusion) and questions: How will I do in this role? Will I succeed? Will the team like me?

I took this job even though my salary was a bit lower than my previous job. After all, an offer for a managerial role doesn’t come to me every day. It’s a good company. I figured I could compromise my initial plan of pursuing my own thing for now and take a lower salary with less competitive benefits because I could see the huge potential for personal growth with this company.

On my first day, I came to the office and met my manager. He said he was going to meet with my team right then since they were unaware that he’d hired me. So he needed me to wait outside of the meeting room for a few minutes so that he could explain my role and prepare them. After that, I could join the meeting.

That seemed a bit weird to me, but I said it was ok. I entered the room after a few minutes and saw 5 senior professional men. I tried to be friendly and make a good first impression. I noticed a bottle of whiskey on the table. (Later on, I learned that it’s a tradition amongst the team that whenever someone goes abroad, they should bring back a bottle of whiskey.) Since I love whiskey, after I introduced myself, I asked them when we were going to open the bottle.

It was a good start… I thought….

The first 6 months were very difficult. I tried to learn the job and manage the team as required. But it seemed like the team didn’t like my approach much. Why?

Maybe they were thinking: “She’s an external hire, what does she know about the cyber world or our products? She’s younger than us and junior to us professionally. I should be promoted instead of her. Who does she think she is? She keeps asking questions and bugs us for updates. We don’t feel like reporting on whatever she asks us to do…”

I came to realize that they were used to working very independently, reporting to my manager only for their vacation requests or on rare occasions requesting support with a challenge. And suddenly, with hardly any notice, a stranger comes and tries to take control of their work and their results….

It’s true, it was my first managerial role, and I was younger than them. I didn’t have the knowledge that they had, I am a woman, and they are men. But so, what?

I asked my manager for support, and to talk to the team so that they would collaborate with me and listen to me.

And I tried to understand them better, to really listen to them, to put aside my own agenda and to adapt to their ways of doing things. At the same time, I did my best to build relationships with my team and show them that I am a team member as well, just with a different team title. I tried to show them that with my leadership, we can grow and succeed together.

This seemed like a provocation from this person to get me to react; it didn’t sound like this was a true story about the team members. I guessed these were his thoughts about me, not actual team gossip.

He was surprised by my answer. I think he expected that I would be angry and try to find out who was spreading gossip about me.

But the truth is: I didn’t care. I didn’t care about small-minded gossip. It was just extra noise. I didn’t let it distract me. I focused on my role, I tried to do my best, and happily, I gained the trust and support of my manager from the beginning.

In time, with the support of my manager, a shift happened. My team understood and respected me, gave me a chance, and started to be open with me. Our relationship improved!

In fact, we became a very strong and effective team that delivered excellent results for the company and customers. Even though I don’t work for that company anymore, after being their manager for 4 years, my team members and I are still in contact and are very close friends.

We women must stand up straight, be confident, focus on what we do and how we do it, be patient, and most importantly, we must close our ears to background noise.

We are just as capable as men in the workplace.

About the Author
Rina Barbut, made aliyah from Turkey in 2008. In Israel, she’s been working in business and technology related positions at global companies and completed an International MBA. For years she led Jewish educational and social activities in Turkey and Europe. Rina is currently developing JConnect Forum, a network for young Jewish professionals from Israel and Europe to nurture business cooperation.
Related Topics
Related Posts