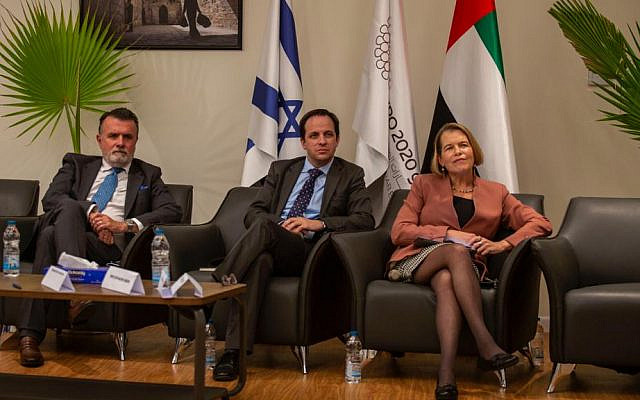 Inequality is particularly gendered in war and conflict which severely compromises women’s right to sustainable development. Even though women provide the unpaid service in times of peace such as search for water and the preparation of food and energy conservation, inequality is intensified during conflict since peacekeeping infrastructure is often destroyed.

Along with the deepening violence women experience during war, the long-term effects of conflict and militarization create a culture of violence that renders women especially vulnerable after war, because institutions of governance and law are weakened and social fragmentation is pronounced. The United Nations Fourth World Conference on Women, Action for Equality, Development and Peace held in Beijing, China, in 1995 concluded that the maintenance of peace and security is crucial for the protection of the human rights of women and girl children, as well as for the elimination of all forms of violence against them and of their use as a weapon of war.

The interest of involving women and girls in the peace processes often stems from their experiences of armed conflicts, whether primarily as victims or as armed participants. They are aware of the potentials for transformation and reform in periods of peacemaking. As the Platform for Action of Beijing indicated “the girl child of today is the woman of tomorrow. The skills, ideas and energy of the girl child are vital for full attainment of the goals of equality, development and peace”.

Women have a unique opportunity to become organized in peace movements to focus on shared social experiences. Women have common barriers based on cultural relativism and thus create networks of solidarity that are able to cross invisible borders. The Forward-looking Strategies on Equality, Development and Peace of Nairobi of 1985 states that women should be completely integrated into the development process in order to strengthen peace and security in the world. Thus, the realization of equal rights for women at all levels and in all areas of life contributes to the achievement of a just and lasting peace.

The Charter of the United Nations was the first international instrument to recognize women’s equal rights with men and has created the impulse in providing a legal codification of these rights in the international human rights treaties and national laws. It follows that a transformed partnership based on equality between women and men is needed as a condition for people-centred sustainable development and world peace.

The most critical deterrent to the establishment of world peace is the inequality that remains in the mental attitudes and behavior that perpetuate the notion of power that deprives others of the enjoyment of their basic human rights and human dignity. It follows that equality between women and men is a matter of human rights and a condition for social justice and is also a necessary and fundamental prerequisite for equality, development and peace. The preamble of the Convention on the Elimination of All Forms of Discrimination against Women highlights that “the welfare of the world and the cause of peace require the maximum participation of women on equal terms with men in all fields.”

Women’s peace movements have raised major issues on war around the world, notably when war and conflict situations have been increasing. Without doubt, these movements to wage peace have been able to accomplish significant and historical inroads in impacting public opinion. For instance, Security Council resolution 1325 (2000), 1820 (2008), 1888 and 1889 on women, peace and security, stated that bringing a gender perspective into peace negotiations is an evident outcome of this movement.

The UN Security Council 1325 covers a broad spectrum of violence against women and girls in conflict and specifically notes in the following terms: “expressing concern that civilians, particularly women and children, account for the vast majority of those adversely affected by armed conflict, including as refugees and internally displaced persons, and increasingly are targeted by combatants and armed elements, and recognizing the consequent impact this has on durable peace and reconciliation; “reaffirming the important role of women in the prevention and resolution of conflicts and in peace-building, and stressing the importance of their equal participation and full involvement in all efforts for the maintenance and promotion of peace and security, and the need to increase their role in decision-making with regard to conflict prevention and resolution” and “reaffirming also the need to implement fully international humanitarian and human rights law that protects the rights of women and girls during and after conflicts”,

This Council resolution recognized gender mainstreaming as a major global strategy for the promotion of gender equality by indicating that “all those involved in the planning for disarmament, demobilization and reintegration should consider the different needs of female and male ex-combatants”.

The final outcome of the International Conference on the Relationship between disarmament and development of 1987 concluded that true and lasting peace and security in this interdependent world demand rapid progress in both disarmament and development, since they are the most urgent challenges facing the world today and the pillars on which should be built enduring international peace and security. As consequence of the growing interdependence and interrelationship among nations and global issues, multilateralism provide the international framework within which the relationship between disarmament, development and security should be shaped.

As indicated by the Office for Disarmament Affairs in 2008, although gender and disarmament relationship are not immediately apparent, gender mainstreaming represents a different approach to the traditionally complex and politically sensitive fields of security, disarmament, non-proliferation and arms control. The Beijing Declaration and Platform for Action stated that full participation of women in decision-making, conflict prevention and resolution and any other peace initiative, are essential to the realization of lasting peace (par. 22).

To establish lasting peace, the right to enjoy the highest attainable standard of physical, mental and spiritual health should be central to creating and sustaining the capabilities that the poor need to escape from the scourge of poverty. As stressed by Mr. Paul Hunt in 2003, former Special Rapporteur on United Nations the right to the highest attainable standard of health, ill health destroys livelihoods, reduces worker productivity, lowers educational achievement, limits opportunities and reduces human development. A fundamental right which  must  be respected not only in times of peace but also in times of war, is the right to a minimum standard of living, including regular, permanent and unrestricted access, either directly or by means of financial purchases, to quantitatively and qualitatively adequate and sufficient food supplies.

International human rights law is concerned particularly with vulnerable marginalized and minority groups who live in extreme poverty. The exponential increase in prostitution and trafficking of women and children is a perceptible reflection of the spread of poverty. People’s security also deals with international and states’ legislation prohibiting and punishing violence in particular in relation to women and the girl child, and taking action against trafficking and sexual exploitation of women and children. The extremely poor, especially women, children elderly and disabled persons, should be the main targets of anti-poverty strategies. To be successful in these strategies, children’s right to food needs to be respected in order to combat hunger and guarantee peace. And as many empirical studies demonstrate women’s full enjoyment and participation in all human rights is a precondition to the full realization of peace and has a major impact on the enjoyment of these rights for society as a whole.

The International Peace Conference held in The Hague in 1899 concluded that peace finds its roots in the “consciousness of the world”. Those who live in extreme poverty, in special poor rural women, understand better than we realize what is at stake in wars and who ultimately benefits from them. They therefore are in a position to demand a redistribution of the world’s priorities and resources.