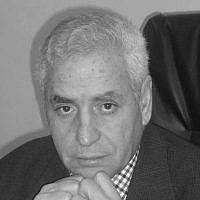 Women in Morocco face difficulties in expressing their sexuality and choosing family planning methods. Sex is only socially approved for married women, so unmarried women have a hard time accessing contraception. Married women also have trouble with contraception, both due to misinformation and the cultural norms that a wife is responsible for all birth control. Finally, legal abortion as an option is almost completely inaccessible to both married and unmarried women. This sociocultural atmosphere may result in unsafe practices, shame, or unfulfillment on the part of Moroccan women.

On the issue of sexual socialization in Morocco, Dilamy writes:

”Sexual socialization aimed at the establishment of hierarchical and distinct sexual identities. In fact, rites of pregnancy, child birth, children games and rites of marriage revealed a discriminatory and unequal treatment of the sexes to pull boys out of femininity and build up their personality as powerful men. The young girl is born a woman and remains as such (horizontal axis), while the boy is destined to be a man, i.e., powerful (vertically ascending axis). The birth of a boy is the occasion for a collective satisfaction, expressed in the most zealous ritual: the most numerous dinghies, the bath of the boy’s mother seven days after delivery is the most ceremonial. In the Moroccan patrimonial parenthood system, the birth of a boy reassures the perpetuation of the lineage (i.e., the perpetuation of the name and identity). “The house which gives birth only to girls is a deserted house”, affirms an Arab dialectical proverb.”

In 2004 among currently married women, 89.7% of women had used a form of contraception at some point in their lives. 80.3% had used birth control pills, 17% had an IUD, 16.9% the withdrawal method, with a surprisingly low 11.4% ever using a male condom. Another popular method was the lactational amenorrhea method (LAM), in which a woman who frequently breastfeeds her child will not menstruate and therefore not get pregnant. 31% of women reported using this method at some point. Of course, this method can only be used by women who have already had a child. This illustrates a reproductive and social trend in Morocco: women are expected to have a child soon after getting married. After that, they can space out their family planning as they desire.

Because of the high value put on childbearing in Moroccan culture, a woman who does not have a child soon after getting married may be the subject of rumors or social consequences, as her fertility will be questioned. The numbers also point to a second factor when it comes to birth control: the low number of male condom usage shows that contraception is seen as a woman’s responsibility, not a man’s. If male condoms are not being used because men do not want to use them for sensation reasons, this means that male sexual pleasure is taken for granted as something that cannot be compromised.

Perhaps surprising to those who have preconceived notions about Muslim countries, contraception is generally readily available in Morocco and easily accessible. In 1967, the French Law of 1920, which prohibited the advertising, sale, and distribution of contraceptives, was repealed. Since independence, Morocco has had one of the highest rates of contraceptive prevalence in the region, with policies and programs that promote contraception and family health. Suppliers of contraception in Morocco are almost evenly split between the public (56.4%) and private (42.2%) sectors. Bajos et al. write that

“In the city of Rabat, where contraception is easily accessible for married women at health centres and pharmacies, more than half of women living in a union (53%) use a modern contraceptive method (mostly the pill) and 14% use a natural method.”

The key thing to notice, however, is that birth control is accessible for women living in a union. In Moroccan culture, premarital sex is not allowed. This is especially true for women, who are expected to be virgins until marriage. Because of this, many family planning programs in Morocco are specifically targeted at married women; acknowledging the existence of any extramarital sex is too taboo. These programs are not tailored to younger people who may be having sex before marriage. So while family planning programs may be effective in reaching women across the country, they are limited to women that are having sexual relationships within acceptable social boundaries.

Sex outside of the realm of marriage

Women who choose to have sex outside the realm of marriage face a dilemma. If they become pregnant, they will have proof that they have engaged in unacceptable sexual behavior. This scandal could lead to family and social problems. A woman may be pressured into marrying a man she does not want to or risk being stigmatized for having a child outside of marriage. The logical step for a sexually active woman to take, in this atmosphere stigmatizing extramarital sex, would be taking all steps to prevent pregnancy outside of marriage. This is where things get difficult, however.

An unmarried woman using contraception would make it obvious that she has a forbidden sexual life. Anxiety around her friends, family, or community finding out that she has been procuring contraceptives may make it nearly impossible for a woman to access these items. The strong cultural ideal against women having a free right to sex regardless of their relationship status creates a situation in which both extramarital pregnancy and methods are taken to prevent pregnancy are stigmatized. This leaves a woman with few options. Abstinence is one option, but perhaps not a realistic one for all women. The other option that arises is, necessarily, abortion.

On the issue of contraception, Ida Sophie Winter writes in World Policy:

”Education on contraception targets married people, though, and this represents a larger taboo in Moroccan society: here, premarital sexual intercourse is illegal and heavily stigmatized, according to France’s 2006 Emergency Contraception in Africa survey. While society considers premarital sex necessary to prove male virility and adulthood, 90 percent of women surveyed considered premarital virginity a “social duty.” Most men refused to marry a non-virgin, one likening women’s premarital sexual behavior to prostitution.”

Between 2003 and 2004 the total fertility rate in Morocco was 2.5. The fertility rate was 3.0 among rural mothers and 2.1 among urban mothers. It also differed with educational level, as women with lower education levels had slightly higher fertility rates. Generally, two or three children are the reproductive norm. Because the desired number of children is only two or three, contraceptive methods are necessary for married couples. There is a common belief in Morocco, however, that hormonal methods can negatively affect a woman’s fertility. Some women may take them only sporadically or not at all, and depend on less reliable “natural methods” instead. For this reason, there are many unexpected, unplanned, or unwanted pregnancies.

The option of abortion is not readily accessible in Morocco. It is legal only in instances where pregnancy or birth would threaten a woman’s life or health and is completely illegal for unmarried women. It is not allowed in instances of rape, though there have been moves to change this.

Leila Hassini writes that in Morocco, abortions may be

“induced using indigenous methods, including a range of herbs, medications or alcohol ingested orally or inserted rectally or vaginally, commonly the herbs hantita…and chloroquine. Health professionals…say that the prostaglandin misoprostol, is also increasingly being used.”

This refers, of course, to illegal abortions. Because abortion may be necessary for certain women’s situations, there is a cultural body of knowledge on how to induce miscarriages or where to go to have an abortion performed, despite the illegality of this. These are often dangerous. In the period 1995 to 2000, almost 700,000 abortions took place in Morocco. There were over 1,000 deaths from unsafe abortions. Thirteen percent of maternal deaths are a result of abortions. National and international groups have tried to spread education to reduce the number of deaths from abortion.

In 2012, the Dutch group “Women on Waves” made international news by anchoring a boat in international waters near Tangiers. This group provides abortion information and service to women living in countries where it is heavily restricted. The Moroccan government blocked the ship from docking in a Moroccan port, reinforcing the country’s strict stance on abortion. Women on Waves has published information on a miscarriage-inducing drug available in Moroccan pharmacies that is cheap and accessible. This is available without a prescription, but many Moroccan women might not know this opportunity exists. Unfortunately, even this method can be unsafe and cause heavy bleeding.

While official statistics on abortion are not available for Morocco several estimates are available that give some indication of the extent of the issue. Beamish and Abderrazik (2003) put the figure between 130,000–150,000 illegal abortions each year, including among young women. A study by the National Institution of Solidarity with Women in Danger (INSAF) estimates that over 800 illegal abortions are performed daily in Morocco in 2010 (Ministère de la Santé 2011).

In Morocco, women’s options for family planning are limited. Moroccan culture values and expects virginity until marriage, specifically in women. Because of this, women having extramarital sex must be secretive. They will not be able to divulge their relationships to family or the general community. They may seek unsafe abortions to prevent being pregnant outside of marriage, and they face greater difficulties in getting birth control because it is not promoted for unmarried women. Married women are allowed to use family planning methods, but this is only socially acceptable after a child has been produced. They may also face challenges in controlling their fertility as they may hold incorrect information about the safety of hormonal methods and/or have a husband who is unwilling to use male condoms.

On top of the difficulties facing women who want access to contraception, abortion is illegal in most cases, causing women to turn to unsafe methods. Therefore, Moroccan women’s sexuality is heavily regulated by the limitations of reproductive choice. In the continuing fight for women’s rights in Morocco, the right to sexuality must be considered.