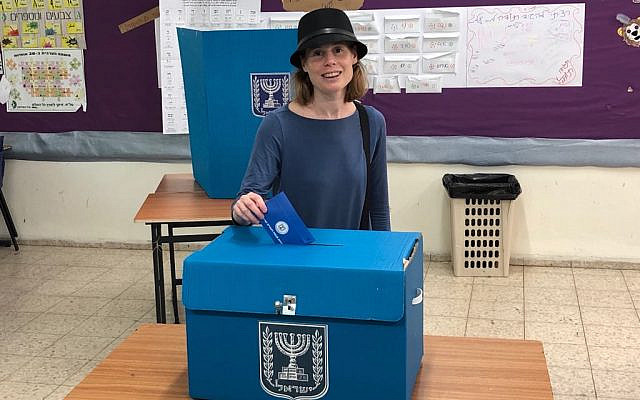 Since Israel is going back to the voting booths soon, it is a good time to brush up on our knowledge of women’s suffrage in Israel.

In Parshat Shoftim (Devarim 17:14-20) we learn about the laws of appointing of a king

Sifre (Midrash Halacha) comments on the words “Som tasim alecha melech”- “Melech v’lo malka”, you shall appoint a king and not a queen.

Rambam in Mishne Torah Hilchot Melachim 1:5, Laws of Kings, explains that from this verse we learn that we do not appoint a woman in kingship and to all public positions in Israel, we appoint only a man.

Radbaz, Rabbi David b. Zimra, 16th c. Egypt, Commentary on Mishne Torah asks how Rambam can assert that a woman cannot be appointed. Devora was a prophetess who judged Israel! This is not a challenge, for she taught them the laws. Alternatively, it was according to God’s command.

In the Jerusalem Talmud, they said, a woman does not testify and does not judge. And what of Devora: “she judged Israel”? It means that she was a leader, like a queen, and that according to her decision and counsel they conducted their affairs with each other. And even though we say in the Sifre, ” ‘You shall place upon you a king,’ a king and not a queen,” they conducted themselves as if she was a queen. Alternatively, they accepted her words voluntarily.

In light of the teachings above, would women be forbidden to vote or be elected for a political position?

It is clear that even according to the Sifre, a woman may be accepted as judge, that is, leader, and she may make decisions just as one can accept a relative as judge. Therefore, in appointment by election, which is the public’s acceptance of those elected as their representatives and leaders, the law is that they can also elect women, even according to the positions of the Sifre and the Rambam. And in the writings of the Rishonim in general no dissenting opinion has been found.

A woman has an absolute right of participation in elections so that she be bound by the collective obligation to obey the elected officials who govern the nation.

A woman may also be elected to public office by the consent and ordinance of the community.

Rabbi Mordechai Eliyahu, the Rishon LeTziyon and former Chief Rabbi of Israel taught (Tehumin 7,1986 pg. 518-9): The acceptance by Am Yisrael of Devora was due to her powers of prophecy and as a special instruction of the time (hora’at sha’a) (following the language of the Tosafot), but this is only in the case of leadership of an entire people. However a “specific community, organization or town, can accept upon them, in a majority decision, a woman as a head of a board, administration, and so on.”

After the November 1917 Balfour Declaration, it was clear that the new Yishuv would need to elect a political entity. That is when the question of women’s suffrage arose. In June, 1918 the Second Constitutive Assembly passed a compromise resolution that was gender neutral, according women full suffrage. America only accorded women the right to vote in 1920 so Israel was at the head of the game!

As the elections in Israel are approaching, it is important for all Israeli citizens who are eligible to exercise their right to vote which should not be taken for granted.

Now the big question is which party to vote for?