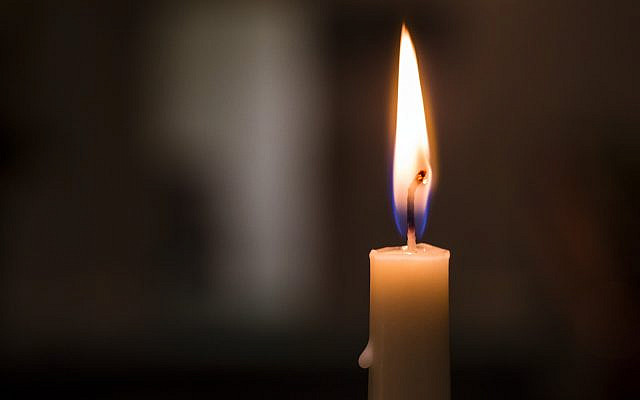 With Chanukah just around the corner, people are already thinking about how exactly they will light their Menorah and what sort of candles they will use. Of course, ideally one should opt for using olive oil to light Chanukah lamps, but, nonetheless, for various reasons, using wax candles remains a popular choice as well (see Rema to Orach Chaim 673:1). In this essay we will encounter four different words for “wax” — donag, shaava, kira, and nechot. In doing so we will seek out the etymologies of these words to figure out if/how they differ from one another.

The word donag appears four times in the Bible (Mic. 1:4, Psalms 22:15, 68:3, 97:5), but never in the Mishna or Talmud — except for the fact that Rav Nachman’s wife was named Donag (Kiddushin 70a). Whenever donag appears in the Bible it denotes “wax” as something that easily melts in fire.

Rabbi Samson Raphael Hirsch (to Ex. 29:20) connects the word donag to the Biblical Hebrew word tenuch (“ear lobe”), ostensibly invoking the interchangeability of DALET and TAV, as well as GIMMEL and KAF. Rabbi Hirsch explains that wax is similar to an ear lobe because wax is malleable and pliable, just like the fatty ear lobe is.

Rabbi Yehoshua Steinberg writes in Shorashei Leshon HaKodesh (Warsaw, 1897) that the word donag is a portmanteau of the words dei (“enough”) and nogah (“light”), an allusion to wax’s usefulness in lighting candles and providing light.

More scholarly-oriented etymologists are at a loss to explain the origins of the word donag. The prominent linguist Avraham Even-Shoshan (1906-1984) suggests in his dictionary that this word is derived from the Akkadian word dumqu, which means “clear” or “shiny” — a clear reference to wax’s translucence. Rabbi Dr. Ernest Klein (1899-1983) concludes that donag is of uncertain etymology, mentioning Even-Shoshan’s theory as just a possibility. He then cites Dr. Heinrich Leberecht Fleischer (1801-1888) who compares the Hebrew donag to the Arabic word danj which means “the remainder of the honeycombs.”

In Mishnaic Hebrew the common word for “candle wax” is shaava (typically pronounced shayva in more Yeshivish circles). This word appears six times in the Mishna, thrice in Shabbat (2:1, 8:4, 22:3) and thrice in Keilim (10:2, 17:17, 24:7), but it never appears in the Bible. When the Talmud (Shabbat 20b) discusses the Mishnaic word shaava, it explains that shaava refers to the “refuse of honey” (pesulta d’duvsha). In other words, the Talmud explains that shaava refers to the honeycomb, which is the source of bees’ wax — a by-product of the honey-making process.

All three times that the word donag appears in Psalms, the Targum renders the term in Aramaic as shaava. However, the one place it appears outside of Psalms (Mic. 1:4), the Targum translates it into a slightly different word, she’ei’ita (which Rabbi Eliyahu HaBachur in Metrugaman suggests is actually a mistake and should really say shaavita). Either way, both shaava and she’ei’ita seem to be derived from the two-letter root SHIN-AYIN, which means “smooth” (see our essay “Smooth Sliding & Glad Gliding” about the word shua/shiiya). This, of course, relates to the silky smooth texture of hardened wax.

When the Midrash (Ber. Rabbah 85:4) teaches that Judah’s father-in-law Shua (Gen. 38:2) was a prominent figure in his locale, it highlights this point by referring to him as a “The Candle of the City.” Rabbi Matisyahu Strashun (1817-1885) explains that this appellation is actually a pun on the name Shua, which is spelled with the same letters as shaava — the material from which the best candles are made.

The Talmud (Shabbat 20b) actually translates the Mishnaic word shaava into the seemingly Aramaic word kerosa. However, the truth is that this word and its variations, such as kira (Bava Metzia 40a, Berachot 56b, Shabbat 110b, 133b) and kiri (Pesachim 8a, Yevamot 76a) are not actually Aramaic words, but rather are loan-words derived from cera in Latin and/or keros in Greek.

Interestingly, according to some commentators there might be another word for “wax” in Biblical Hebrew. When the Torah describes Joseph’s brothers seeing an Ishmaelite caravan heading to Egypt, it mentions that this caravan was transporting, inter alia, nechot (Gen. 37:25). Later in the Joseph story, when Jacob sent his sons with gifts to appease the Egyptian viceroy, one of the special delicacies from Canaan that Jacob sent was nechot (Gen. 43:11). Now, the word nechot is generally understood to be a sort of spice, often identified as “ladanum” (although Ibn Janach writes that nechot are “carobs”). However, according to the Midrash (Ber. Rabbah 91:11), nechot is shaava — “wax.” Professor Zohar Amar adds that in the list of things that Jacob sent the viceroy, the item that immediately precedes nechot is “some honey” (me’at dvash), which may have led to the supposition that nechot is something related to honey (i.e. beeswax).

In fact, Targum Jonathan and Targum Neophyti (to Gen. 37:25, 43:11) translate nechot as shaava. Moreover, Rashi (to Gen. 37:25) cites Targum Onkelos (there) as also rendering nechot as shaava. This assertion is somewhat difficult because our editions of Targum Onkelos (Gen. 37:25, 43:11) actually translate nechot as shaaf, which apparently means “smear” (see Chullin 111b). Nachmanides (to Ex. 30:34) takes Onkelos’ translation to mean that nechot refers to “olive oil.” The Vilna Gaon’s son, Rabbi Avraham Vilner, reads Onkelos as saying saaf, which he connects to the Biblical Hebrew word seif (“branch”) that appears in Yechezkel 31:8. Despite all of this, we can validate what Rashi writes in the name of Targum Onkelos, based on what Rabbi Yosef Teomim-Frankel (1727-1792) suggests in Iggros Pri Megadim, that shaaf is just a variant of shaava — presumably because the letters PEH and VAV represent phonetically similar sounds and can thus be interchangeable.

To summarize: Everybody agrees that there are two Hebrew words for “wax”: donag in Biblical Hebrew and shaava in Mishnaic Hebrew (and Targumic Aramaic). These two words seem to focus on different properties of wax. Donag focuses on either wax’s malleability, its role in bringing light or its translucent appearance; while shaava, on the other hand, seems to emphasize wax’s smooth texture. The word kira and the variations thereof are not really Hebrew or Aramaic words, but come from Greek/Latin. Finally, the Biblical word nechot is typically understood to refer to “spices,” but some commentators explain it as another term for “wax.”