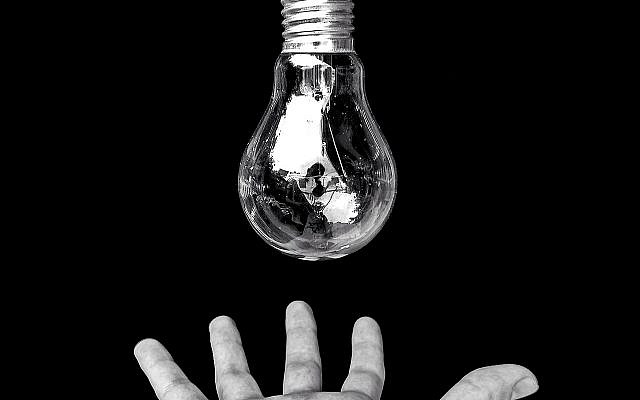 There seem to be three synonymous words in Hebrew which all mean “thought”: hirhur (hirhurim in plural), machshava (machashavot in plural), and raayon (raayonot in plural). In the following paragraphs we will explore the nuances between the meanings of these three different words and how they reflect different stages of man’s thought process.

The Vilna Gaon (in his commentary to Sefer Yetzirah) and others explain that the word machshava refers to a pure, abstract thought, while hirhur means a thought that has already been transferred or formulated into possible words. Indeed, Rabbi Pinchas ha-Levi Horowitz (1731-1805) writes that the word hirhur is related to the Hebrew word hirayon (pregnancy), because a hirhur refers to the conception of a thought that will eventually germinate into verbalization.

Alternatively, the Vilna Gaon writes that a machshava transpiresin the brain (the seat of the intellect), while a hirhur takes place in the heart (the seat of emotion).

What does the word raayon mean? There is ample reason to argue that raayon refers toone’s intellectual will. That is, when translating/converting Hebrew words into Aramaic, the letter tzadi in Hebrew commonly becomes an ayin in Aramaic. Thus, the Hebrew word ratzon (will) becomes raavon in Aramaic. This would seem to suggest a correlation between the word raayon and raavon (which are spelled almost exactly the same).

However, Rashi (to Berachot 55b) explicitly rejects this etymology by forcefully stating that the word raayon is not related to the Hebrew word ratzon, but rather means the same as machshava. Nachmanides (to Numbers 2:14) also writes that raayon is synonymous with machshava. Either way, it seems fairly clear that raayon is another word for “thought”. What, then, can be the difference between the words raayon and machshava?

(Interestingly, Rashi, in his commentary to Daniel 2:29-30, defines raayon as hirhur, as opposed to machshava. This seems to contradict Rashi’s above-cited explanation that raayon means machshava.)

Rabbi Meir ha-Levi Abulafia (1170-1244) writes in his commentary Yad Ramah (to Sanhedrin 38b) that the word raayon is an Aramaic translation of the Hebrew word machshava. This suggests that the words raayon and machshava are indeed synonymous — but the former is Aramaic, while the latter is Hebrew.

Rabbi Shlomo Aharon Wertheimer (1866-1935) takes a different approach. He writes that a raayon is the beginnings of a thought. It is the type of idea that simply materializes in one’s head as he clears his mind to rest. A raayon is a spontaneous, sometimes fleeting, idea that upon further consideration and deliberation can potentially be developed into a well-formulated concept. A machshava, on the other hand, is the result of deliberate and focused thinking. The word machshava is related to the word cheshbon (calculation), as it denotes intended and purposeful pondering.

In short, the three words for “thought” in Hebrew are not exactly synonymous, but can be traced to three different points on one’s track of thought. In the beginning, a spark of a prototype of an idea surfaces in one’s mind. This is called a raayon. If one follows the thought, contemplates it, and develops it to its logical conclusion (known as hogeh/higgayon), the resulting thought becomes a clearer, more mature idea — a machshava. As one completes his train of thought and prepares to verbally express what he is thinking, the theoretical and conceptual brainwaves are converted into words. Those unspoken words are known as hirhurim.