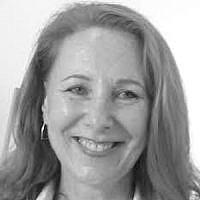 The Blogs
Joanie Elian
Apply for a Blog
Advertisement
Please note that the posts on The Blogs are contributed by third parties. The opinions, facts and any media content in them are presented solely by the authors, and neither The Times of Israel nor its partners assume any responsibility for them. Please contact us in case of abuse. In case of abuse,
Report this post.

I’m not religious. Not at all. You can call me traditional, if you want to, since candles, a white tablecloth and a festive atmosphere are standard fare on Friday nights and holidays in our home. But something happened to me recently and I wondered about tikun, especially at this time of the year, when folks are setting things straight as we move into Yom Kippur. (As I write this and delve deeper into the subject matter I realize that it’s a whole lot more complicated than I had imagined, but I’m going with it as it is).

I’ll tell you what happened. We were having breakfast in Tel Aviv at Manta-Ray last Friday, and as we sat down at a table on the veranda by the sea, the woman sharing the back of my hubby’s chair huffed and puffed, and my hubby huffed and puffed, and they both took their time to settle down as sitting back-to-back neighbors in confined spaces sometimes do. I fastened my eyes on hubby, not interested in a fight so early in the morning. As I stuffed myself with an omelette filled with onion, mushrooms and parsley, and those delicious salads and cheeses they serve for breakfast here in Israel, I said something to my hubby and as I turned my head to him, the woman who shared his back turned her head and joined in with a smile, as though she was agreeing wholeheartedly with what I had been saying. I reveled in her support, from a pure stranger, and I smiled at her. When I looked into her eyes I recognized her.

Flashback to about seven years ago. We worked together at a hi-tech start-up company in Airport City. We had no contact outside the office but we were friends at work. You know how it is when you work with someone eight hours every day. She would ask me each morning about my daughter and I would ask her about her son. We sat next to each other for lunch in a small kitchen, which doubled as the computer room and instead of shelves with food we shared the space with cables, hard disks, memory boards and backup tapes. She would lean on my desk in the mornings and chat, and I would sit by her in the afternoons and nibble on her chocolate. So, when investors pulled out and money was scarce, senior management was forced to fire a third of the company. She was one of three in her department, her and another algorithm programmer and her boss, so you can guess who was fired. Our CEO was a special person, boss and mentor. After all, it had been his invention from the start and so he insisted on speaking to each employee who, by the way, had been handpicked by us in the beginning, and now he chose to be the one to apologise to each one of them and very emotionally handed them a letter of dismissal.

Fix, v. (OED) to make (a person) motionless with astonishment or other feeling, to hold spellbound.

She left in a hurry. She didn’t stop to lean on my desk and say goodbye. I was sad that it ended the way it did. No doubt she felt betrayed by the company and betrayed by me. I was asked to represent the company at the Labor Court hearing.

She lost the case. I lost a friend. And I always felt bad the way it ended.

A few months later I lost my job.

Now she faced me, empty coffee-cups and bread crumbs on both tables, the sea as flat as a plate, a shell’s throw away from us, and she took my hand. She asked me about my daughter, and I asked her about her son.  Over the next seven or so minutes we covered almost seven or so years of news, career decisions and visions for the future. We embraced, a hug, let’s keep in touch, and neither of us mentioned what had happened all those years ago.

I won’t be an omniscient narrator here, deciding for her what her purpose was in approaching me, but, she had fixed it, for both of us.

When she left, I told my hubby the whole story, a weight lifting from my heart as I talked.

“It’s a tikun,” he said, “what just happened here. A real tikun.” I added that my heart was now fixed, at least as far as that incident goes. And I thought, you don’t need to be religious to fix and be fixed.

“By the way,” he said, as we got up to leave. “You talked to each other like you were old friends.”

“We are,” I answered with a smile.