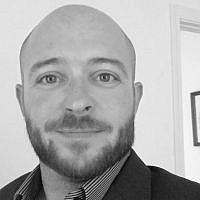 The Blogs
Thomas Brown
Apply for a Blog
Advertisement
Please note that the posts on The Blogs are contributed by third parties. The opinions, facts and any media content in them are presented solely by the authors, and neither The Times of Israel nor its partners assume any responsibility for them. Please contact us in case of abuse. In case of abuse,
Report this post.

One of Marvel Comics’ most iconic and well-known characters is the Jewish Holocaust survivor Erik Lensherr, also known as the Mutant villain Magneto. To date, two different actors have portrayed him on screen. Sir Ian McKellen, an openly gay elderly Englishman, played an older iteration of Magneto in five films, beginning in the year 2000. Michael Fassbender, an Irish-German actor, played a younger version of the character in four films, starting in 2011’s X-Men: First Class. 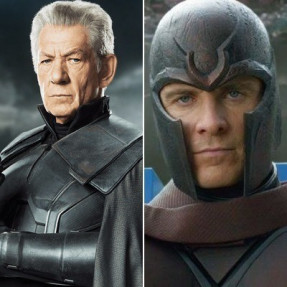 Marvel Studios has spent the last eleven years expanding their superhero franchise into the most expansive and diverse cinematic universe Hollywood has ever seen. They have very successfully folded new and largely unknown characters from the comic page onto the screen. Until recently, Magneto was off-limits for Marvel Studios, as the film rights to the character rested with Fox. Now, following a successful merger between Fox and Marvel’s parent company Disney, there are plans to expand the Marvel Cinematic Universe (MCU) further, including Magneto.

This will necessitate a relaunch of the character to comport with the timeline and tenor that the MCU has built over the course of twenty-three, very successful movies. Dozens of superheros and supporting characters have been imported from the comics to the theater, each adapted and modified on the way. While similar in their identities, origins, and storylines the MCU superheroes are not the same as they were in their original comic source material.

Much of the time the MCU characters have been ‘updated’ to fit with life in the 21st century as opposed to the mid-20th century when they debuted in the comics. This in itself is not anything new. Comic publishers have regularly revamped characters big and small for decades; origins have been changed, names reinvented, powers up- or down-graded, heroes have become villains, and villains turned into heroes. Characters have been aged and de-aged, religious identities become more or less pronounced, and previously straight heroes discovered to be gay.

Rumors surfaced recently that MCU Magneto will no longer be a German Jew but rather a black man. In the outrage-prone, identity obsessed atmosphere of 2019, this news was received with varying levels of acceptance, umbrage, and charges of antisemitism. If you’re not aware, just about every Marvel movie of the last three years has faced some type of political backlash. Depending on who you listened to, Black Panther hated white people, Captain Marvel hated men, Avengers: Endgame pandered to women, and the most recent Spiderman promoted #fakenews. 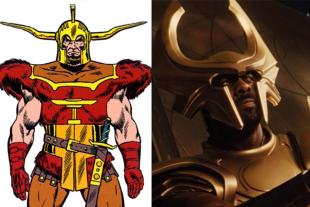 Marvel has also changed the race and even the gender of MCU characters. The Ancient One in Dr. Strange was originally an elderly Tibetan male monk, in the MCU he was a youngish, white woman. The Mandarin in Iron Man was exactly what his name suggests: a Chinese man. Marvel Studios made him a white Brit. Now, Marvel made some of these types of different casting decisions not only to diversify their films but in large part to avoid racist stereotypes. The original characters were debuted in the mid-1960s when racial, ethnic, religious, and sexual stereotypes were not only more common but practically expected. Regardless, every time Marvel made one of these changes it was greeted with some degree of anger by a not-insubstantial percent of comic fans.

It was completely predictable that changing the race of a character like Magneto would trigger some fans. This time however the backlash is a bit more understandable. And maybe even somewhat deserved. 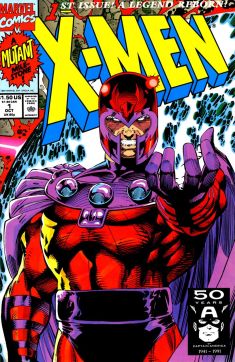 While comics Magneto, as well as the Fox cinematic one, has undergone more than his share of rewriting since his debut in 1963, one thing has remained pretty consistent: he was sent to a Nazi concentration camp, where his parents died, and his daughter was burned alive by a racist mob. Magneto’s motivation was Never Again and he has murdered his way through decades of storylines, having even been put on trial for crimes against humanity. Besides his regular adversaries, the X-Men, he fought Captain America, Iron Man, and even other villains in his single-minded mission to protect his people. His identity as a survivor of the greatest genocide in modern history became inseparable from his identity as a Mutant and informed his violent crusade against the persecution of Mutants. Magneto is a villain but a complicated and sympathetic one and his story speaks to the human condition in a very real, relatable, and historically relevant way.

I do understand why Marvel thinks Magneto needs an update. The Holocaust happened 80 years ago. The character would have to be a minimum of 90-100 years old. That’s stretching the credulity of the audience. Of course, we’re also talking about a fictional character with the power to control magnetic fields which enables him to fly, create force fields, and kill people with coins. But him being spry at the age of 90 is unrealistic?

On the other hand, it isn’t like the 20th century doesn’t have an unfortunate plethora of genocides to choose from. Why not have a Rwandan Magneto? Why not a Cambodian one? He could be a Bosnian or Kurdish Muslim. Hell, he could still be Jewish, there are in fact black Jews. Magneto also didn’t start out as Jewish or even a Holocaust survivor. Acclaimed X-Men writer Chris Claremont revealed his origins as a Holocaust survivor eighteen years after his debut, he was heavily implied to be a Romani (gypsy) for most of the next few decades and his Jewish ethnicity wasn’t explicitly written into canon until 2008. There’s no real reason the character has to be a white Jewish survivor of probably the most well-known genocide in history. His motivations and complexities can remain intact, the character can still face horror and use it as justification to inflict horror on others. Without being a centenarian.

Then again, much of the argument in favor of gender and race changing characters is to diversify the cast and give much needed representation to historically marginalized communities. Superheroes can wear color on more than just their costumes.

Which is where the antisemitism really comes in. Are we really saying that Jews are not marginalized? Not subject to persecution? Not a minority in every sense of the word? Have Jews really just become white people, with all the attendant ‘privilege?’ In the race to represent oppressed or culturally invisible people in the most visible and popular forms of mass media are we erasing the very real struggle, historical and contemporary, of one of the most discriminated ethnic/religious groups in the world? 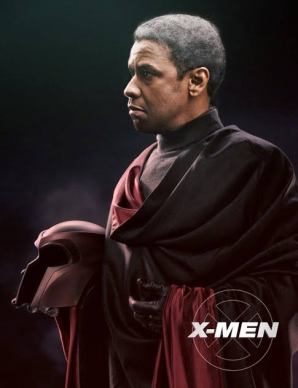 I’m a comic book fan. I’ve been reading the X-Men for literal decades. I devour back issues and new stories alike. Magneto is one of my favorite characters because he is so difficult to parse. Is he a freedom fighter? Or a terrorist? Does his genocidal origin excuse his behavior or make it all the worse? These are great questions to get any group of even casual comic fans engaged in a long debate. And no, he doesn’t need to be a Jew. Or a Holocaust survivor. There are rumors that Marvel wants Denzel Washington to play Magneto in the next movie and I would be first in line at the theaters. But we should be careful how we talk about this character switch.

Antisemitism is real, pervasive, and unfortunately resurgent. I’m not accusing Marvel of ignoring this but recasting their most prominent and complicated Jewish character is not an act of diversity. In many ways it is the exact opposite.

About the Author
Thomas Brown is Managing Editor and columnist for The Swamp, with bylines at The Bipartisan Press, GEN.
Related Topics
Related Posts
Thomas Brown
Comments