Like Che Guevara, terrorist Leila Khaled’s notoriety has had a life of its own, largely promoted through her perpetually young visage, wearing an Arafat-style keffiyeh and holding an AK-47 assault rifle which appears on innumerable posters. For sure, there are probably T-shirts and mugs, too, which are worn by, or adorn the shelves of university students and those older than that, who hold her acts of terror in the highest regard. There have been songs written about her, and even a street named after her.

She seems to be in demand as a speaker; not that long ago she was featured on a panel discussion inside the European Union’s parliament building. Europe, the scene of so many acts of terror in recent years, would seem to be a place where an appearance by a true-believer terrorist would have elicited reams of criticism, and calls for the event to be cancelled. Some 60 MEPs did protest the appearance, but it occurred anyway. The program at which she spoke was organized by far-left factions in the parliament, the spokeswoman for one of which praised “the fantastic turnout” and proclaimed, “long live international solidarity.” Only after the event was held did the president of the parliament propose that those engaged in acts of terror be denied access to its premises.

Khaled, who is still a member of the Popular Front for the Liberation of Palestine (PFLP), a terrorist organization with roots going back to 1967, has now been invited to appear on a webinar at the end of September, organized by San Francisco State University’s (SFSU) Arab and Muslim Ethnicities and Diaspora Studies (AMED) program. The topic? “Whose Narratives? Gender, Justice and Resistance.”

Khaled cannot enter the United States, not only because of membership in a State Department-designated terrorist organization, but because she was involved in some of the more noteworthy acts of international terror in the 1960s and 1970s. In February 1969 she was involved in the hijacking to Damascus of TWA flight 840, headed for Tel Aviv from Rome. After landing, the hijackers blew up the front part of the plane.

As noteworthy, a year later, was the hijacking of El Al flight 219, headed from Amsterdam to New York. This time Khaled worked with Patrick Arguello, a Nicaraguan-American connected to the Sandinista movement, which had entered into a “partnership” with the PFLP to carry out both training and terrorist activities. The two had boarded the plane posing as a couple, using forged Honduran passports. In the ensuing commotion, Arguello is said to have rolled a grenade down the aisle of the plane and fired his gun, wounding a flight attendant. Khaled herself was carrying grenades. When the pilot put the plane into a steep nosedive, it threw the hijackers off balance. Arguello was shot and killed by a sky marshal; Khaled was overwhelmed by passengers and held until the plane landed in London. She was jailed in London but was later released in a prisoner-hostage exchange growing out of another PFLP hijacking.

There could have been mass casualties in both hijackings. Khaled was no mere spokesperson for the Palestinian cause. She was armed and clearly willing to bring the planes down, and their hundreds of passengers with them. Her targets were not random. That she chose a flight to Israel on an American airliner, and an El Al flight meant that the great number of passengers were Jewish, and most likely citizens or supporters of Israel.

Over the decades that have passed, there has been a major campaign to glorify Khaled and her terrorist actions. And now, “compassion” has entered the legend. One story circulating over the years is that she was given explicit instructions not to threaten passengers.

But here’s what one passenger, Rodney Khazzam, then a child traveling with his father, pregnant mother, and sister on Flight 219 had to say about Khaled, in a letter to Lynn Mahoney, the president of SFSU:

“Leila Khaled sat just behind me…several minutes into the flight, above the English Channel, Khaled and her partner stood up directly behind us and began her flight of terror. Her intent was to kill every passenger on board, whether by taking the plane down or diverting it to the desert in Jordan…I wonder if any of the hijackers on 9/11 had survived, if 30 years from now it would be considered educational to have one of them lecture young students at a university. Would you express support for a 9/11 hijacker to speak at your school? I fail to see the difference.”

SFSU has responded to this controversy, with a usual rote-sounding defense of free speech. Said a university spokesman: “A university is a marketplace of ideas, and San Francisco State University supports the rights of all individuals to express their viewpoints and other speech protected by law, even when those viewpoints may be controversial.”

Most Americans will defend free speech to the nth degree, but where this argument collapses is that the university is under no obligation to invite everyone who wants to say something to speak at a university forum. Khazzam asks the key question: would the 9/11 hijackers be welcome at SFSU? I sincerely hope not – especially at an institution that is state and federally-funded. Do would-be or actual killers and assassins have anything fundamentally positive to teach us? If we are not able to draw that line, something is terribly askew not only in our American values, but in how a university sees the very basic definition of morality.

Or maybe it’s something more than that. SFSU’s AMED program has a history of support for those who would demonize and delegitimize the Jewish State. Inviting a real, live terrorist to campus – even virtually – is very much in line with AMED’s objectives. And Khaled is not just any terrorist; she’s the one on the poster smiling with her AK-47, with the stripes to show that she actually carried out “heroic” acts such as the TWA and El Al hijackings. The invitation might as well say, “Come one, come all, to hear the real thing expound on her years threatening the lives of innocent civilians.”

SFSU should immediately cancel Khaled’s appearance on the AMED panel on gender, justice and resistance. Is she really a gender role model? Is there justice in carrying (and using) guns and grenades to advance one’s “cause?”  And as for resistance, her objective is the destruction of Israel. The logo of the PFLP still includes the map of the Jewish state. Does the university have any reservations about that?

A university surely needs to be a place where students can broaden their intellectual horizons. Hearing from someone who was armed with hand grenades on an airliner flying at 30,000 feet to make a deadly point, should not find a place of welcome in that universe. 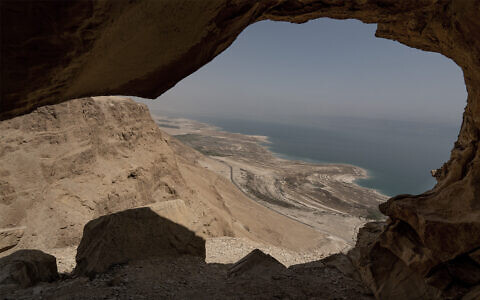 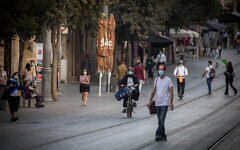 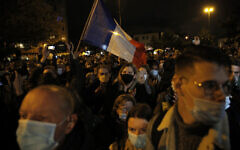 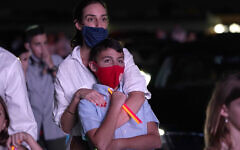 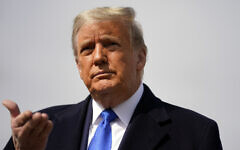