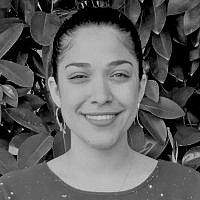 The Blogs
Rotem Yosef
Apply for a Blog
Please note that the posts on The Blogs are contributed by third parties. The opinions, facts and any media content in them are presented solely by the authors, and neither The Times of Israel nor its partners assume any responsibility for them. Please contact us in case of abuse. In case of abuse,
Report this post.

These days, most people make sure they leave home in the morning with a fully charged cellphone. Just Google “cellphone battery life,” and you’ll see that one of the most popular issues is whether or not to fully charge one’s cellphone at leaving home.

You would think this concern about leaving home with a fully charged cellphone would extend to ensuring we, and our loved ones, leave home fully energized. But it does not.

In fact, surveys have revealed that despite increasing knowledge about the dietary importance of a healthy breakfast, many Americans skip the morning meal. One survey by the NPD Group in 2011 said 31 million Americans – one in 10 – forego breakfast each day. Now a new study published in the Journal of the American College of Cardiology says that habit can carry long-term health consequences. People who skip breakfast have a greater chance of developing heart disease later in life.

In my country, Israel, we have a different problem with breakfasts. The good news is that most children head to school in the morning with at least one breakfast sandwich, which they consume during a morning break. However, many families in lower-income brackets suffer from food insecurity – the inability to regularly access healthy food – and as a result, an estimated 21,000 kids go to school daily without any breakfast sandwich. This challenge could potentially intensify: according to the Israel’s National Insurance institute of Israel, more than 800,000 children live below the poverty line.

That’s where our non-profit organization, Nevet, comes in. We provide 8,000 Israeli schoolchildren in grades 1-12 at 130 schools across our small country with a nutritious sandwich every morning. Those sandwiches are crucial not only to the health of the children, but also fuel the kids’ ability to focus during the school day – a key to our philosophy that a healthy breakfast promotes good learning and social mobility. Not less important, the sandwiches provide a healthy routine and a consistent nutritional anchor, strengthening the children physically and intellectually.

In fact, 96 percent of school principals we surveyed said students who received our breakfast sandwiches showed a marked improvement in their academic performance while 83 percent of principals reported improved school attendance rates due to the program.

Unfortunately, Israel faces significant challenges in making sure all of our children enjoy a level playing field when it comes to opportunities. A recent Organization for Economic Cooperation and Development survey of literacy in math, reading and science among 15 year-olds in 72 countries found Israel has the greatest gap in grades between students of different cultural and socioeconomic backgrounds.

At Nevet we see the proof firsthand. While we’ve managed to improve economic opportunities for many children with a healthy breakfast, we still have 13,500 children on our waiting lists – there due to a lack of resources.

This challenge of feeding children a healthy breakfast affects the U.S. as well. A national survey this month by a leading breakfast cereal producer showed that one in five kids go without breakfast at least once a week, and the problem surges to 50 percent of kids who take their breakfasts “on the go.”

We must do better. We must heed the increasing evidence about the importance of a healthy breakfast, especially for kids. Eating a regular nutritious breakfast will ensure our children are equipped to perform to the best of their abilities in school, and enjoy the best chance at future success.  Not to mention, good breakfast habits will help see that children enjoy a more healthful and productive life over time.

We certainly seem to care about prolonging the lives of our cellphones first thing when we wake up in the morning. Let’s pay the same kind of attention to ourselves, and our children.

About the Author
Rotem Yosef is Vice President of Strategic Development for the Israeli nonprofit Nevet. She has a degree in law and a bachelor’s degree in government, diplomacy and strategy from IDC Herzliya. Before joining Nevet, she worked in the Knesset legal department for the labor, welfare and health committee, and founded a volunteer organization called “The Third Generation for the Golden Age,” aimed at teaching computer skills to senior citizens.
Related Topics
Related Posts
Comments
Advertisement