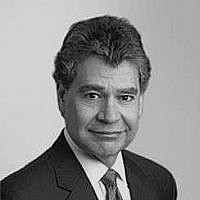 Thousands of Gazans have spent another Friday rioting on the border with Israel, clamoring for millions of Palestinians to have a “right of return” to pre-1967 Israel. This Hamas made-for-media spectacle is building for a season finale on May 15 — “Nabka” day for Palestinians, when they commemorate the “catastrophe” that, for them, was the founding of Israel.

As the weekly episodes of the “Great March of Return” have unfolded, I wonder if the proponents of the so-called Middle East peace process finally recognize their profound mistake in treating the claimed right of return as a legitimate issue to be decided in “final status” negotiations.

A right of return is anathema to a two-state solution. It means that 5 million Palestinians — the descendants of the original approximately 700,000 refugees (of which only a small percentage are still alive) would have the right to stream into Israel, turning the two state solution into a two Palestinian state solution.

Israel will never let that happen.

Even as a mere symbolic gesture, injecting the claimed right of return into negotiations was poisonous to a real peace process.

Yet the international community has indulged the Palestinians in their mythic and destructive quest, playing out in today in Gaza.

As exemplified by the 2003 “Roadmap for Peace,” adopted by the “Quartet” of the US, EU, UN, and Russia, the diplomats have, at least superficially, treated the right of return as a legitimate issue to be resolved at the end of negotiations, along with the essential issues such as final borders. Presumably, the concept has been that at that stage the issue can be given the diplomatic back of the hand, resolved simply by allowing a symbolic handful of Palestinians to “return” to Israel (itself a foolish and dangerous formulation) and declaring the matter at an end.

The Quartet was naïve in the extreme in thinking they could maneuver the Palestinians into a “final status” box. Legitimizing their demand helped to ensure that the “final status” negotiations would never happen.

Even as a mere symbolic gesture, injecting the claimed right of return into negotiations was poisonous to a real peace process.

For 70 years, first the Arab and then the Palestinian leaderships have maintained the Palestinians in refugee status in order not to “prejudice” their claimed right to return to Israel and otherwise to use the specter of millions of stateless refugees as a weapon against Israel.

Since the Roadmap was unveiled 15 years ago, the Palestinian leadership has had yet another generation of Palestinians to indoctrinate with the destructive fantasy that their real homes are within the borders of the Jewish state.

Mahmoud Abbas has insisted that no leader has the right “to deprive someone from [sic] his right to return.” Even the much heralded 2002 “Arab Peace Initiative” explicitly incorporates UN General Assembly Resolution 194, adopted at the end of the 1948 war, which Palestinians interpret as an endorsement of a right of return.

What the peace process diplomats thought they could ultimately put to rest with a wink and a nod, is today the rallying cry for thousands of Palestinians seeking to storm the Gaza fence, even when met with live fire from the Israeli side.

Indeed, it is not the partial blockade of Gaza imposed by Israel and Egypt that is fueling Hamas’ latest public relations juggernaut. Engulfed by photographers and reporters, Gazans are attacking the fence, demanding that millions of Palestinians be permitted to “return” to land upon which they’ve never set foot and that, in the process, the Jewish state cease to exist.

It’s long past the time for the international community to recognize that the right of return should never have been treated as a legitimate demand. The refugee problem was never a “final status” issue; rather, recognition that Palestinians would “return” to the nascent state of Palestine was a precondition to meaningful negotiations.

The refugee problem was never a “final status” issue; rather, recognition that Palestinians would “return” to the nascent state of Palestine was a precondition to meaningful negotiations.

With this upside down negotiating process in place, it’s no wonder that the Palestinians walked away from opportunities for peace in 2000, 2008 and 2014.

For decades the international community has cowered from confronting the Palestinians with the truth as to what peace must look like. It has foolishly pandered to the Palestinian fantasy that the results of Israel’s 1948 war of independence could yet be undone.

The Palestinian leadership has been brilliant in pursuing its cynical goal to keep 1948 alive. And the international community has lent a helping hand.

There is no ready answer at this point; enormous damage has been done. But if the international community follows the same failed paradigm that permits — and even encourages — Palestinians to believe in a future without a Jewish Israel, that is sure to guarantee enduring conflict.