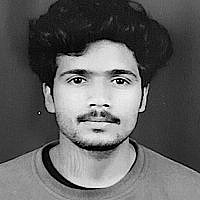 The Blogs
Mauli Tiwari
Apply for a Blog
Advertisement
Please note that the posts on The Blogs are contributed by third parties. The opinions, facts and any media content in them are presented solely by the authors, and neither The Times of Israel nor its partners assume any responsibility for them. Please contact us in case of abuse. In case of abuse,
Report this post.

The initial foundation of the economic global system that supports our multilateral economic system was in response to the second world war and a desire to live with peace and security. When the world was suffering from its bloodiest conflict, the two war leaders Franklin. D. Roosevelt and Winston. S. Churchill accepted the relationship between global economic collaboration and enduring peace and security which is known as the ‘Atlantic Charter’ which comprises 8 succinct clauses, on which both countries based their ‘hopes for a better future for the world’. After the second world war preference was given to re-establishing, promoting, and encouraging open markets.  By the recommendations of the Bretton Woods Conference (1 January 1994), the ‘International Trade Organization (ITO)’ together with the ‘International Monetary Fund’ and the ‘International Bank for Reconstruction and Development’ were set up as the pillars of the new international economic order.  The ITO never came into existence as it was not ratified by the US Congress due to the protectionist and isolationist stand of the Republic Party who took over the Congress in 1947 and the American citizens saw no connection between ITO and the possibility to increase living standards.  In the absence of ITO, a basic framework was needed to be brought into force as soon as possible, the idea was for GATT (General Agreement on Tariffs and Trade) which would serve as a temporary vehicle to quickly obtain results and achieve the provisional application of the tariff negotiators.  The GATT was a legal agreement that aims at decreasing barriers to international trade by eliminating or reducing quotas, tariffs and subsidies while preserving significant regulations.  The GATT functioned for 50 years and was finally bought to an end on 1 January 1996, as GATT was only a set of rules and multilateral agreements that had no constitutional bases and paid no attention to services and intellectual property rights, one year after the Marrakech Agreement set up the WTO (1 January 1995).

The WTO has been controversial since its origin between developed and developing countries as to which group benefitted more from liberalizing trade. For some, the success of WTO is self-evident arguing that it has increased global trade and, detractors say that the WTO’s helps rich countries at the expense of poor countries. Some of the reasons why developing countries are unable to exercise power within the WTO framework are:

(2) the principle of reciprocity or “trade-offs” i.e., one country gives a concession in one area, in return for another country agreeing to a certain agreement, this principle helps the large economies as they can get more by giving more,

The relation between WTO and developing countries can be explained by taking India- US Solar Case Dispute.

India and US in the WTO:

Over the past two decades, India has become an important trading partner for the United States, but the relationship has been marred by long-standing disagreements on everything from dairy products to intellectual property rights protections.  The US has approached WTO on several occasions against several of its allies, and naturally, India has also faced the wrath.  One such instance is DS456.  In January 2010, India launched the National Solar Mission to become a world leader in renewable energy, along with advocating and accelerating the indigenization of the domestic renewable energy sector.

The United States also accused India of providing subsidies to the domestic solar panel industry inconsistent with the WTO norms.  Japan and Australia also requested to join the consultations on 13 and 23 February 2013.

On 23 May 2014, the Dispute Settlement Body (DSB) set up a panel with Brazil, Canada, China, the Russian Federation and Turkey as third-party countries.  The Appellate Body found that the claims bought by the United States concern domestic content requirements imposed by India in the first phases of India’s ongoing National Solar Mission Alliance.  The panel that DCR measures covered in paragraph 1(a) of the illustrative List in the Annex to the TRIPs Agreement were inconsistent with both Article Ⅲ: 4 of the GATT 1994 and Article 2.1 of the TRIMs Agreement; the body also found the DCR measures do give “less favourable treatment” within the meaning of that provision.  Concerning the government procurement derogation in Article Ⅲ: 8a of the GATT 1994, the Panel found that the DCR measures were not relevant for the domestic content requirement examined by the Appellate Body in Canada – Renewable Energy / Feed-in Tariff Program.

India’s win against the U.S. at WTO:

In September 2016, India dragged the US to WTO claiming that the states of Washington, California, Connecticut, Delaware, Massachusetts, Michigan, Minnesota and Montana broke the rules by encouraging the use of local content, thus discriminating against India and other imported solar supplies. The WTO ruled in favour of India stating that ‘the measures are inconsistent and that the US has ‘nullified or impaired benefits accruing to India under the agreement’. The ruling stated that the measures adopted by the US related to the renewable energy sector are inconsistent under GATT 1994.

The historic win of India in DS456 – Certain Measures Relating to Solar Cells and Solar Modules, has successfully exposed the irony of the US trade offensive and the challenges and also provided India with strategic leverage. The verdict will also boost the confidence of India in competing against the US concerning other cases at the WTO. However, to gain from this verdict in real terms India should take steps forward to meet the domestic demand by boosting the solar device manufacturing industry. According to ArsTechnica, India’s total solar capacity as of 2019 is approximately half of the installed capacity of the US (56GW vs 25GW). At present, the government needs to boost the solar industry by bringing public procurement which mandates 100% local manufacturing of solar panels, which in turn will help the entrepreneurs the confidence to develop much-needed capabilities for manufacturing across the value chain.

Thus, both nations must work towards de-escalating trade tensions. In the short term, this can be achieved by focusing on the strategic relevance of India’s GSP status in the US-China trade conflict, focusing on delinking trade issues from the convergence areas and on middle-of-the-road solutions.

About the Author
I am a second-year graduate student of Defence and Strategic Studies at the School of Military Affairs, Strategy and logistics (SMASL) at Rashtriya Raksha University, Gujarat, India. I am a bibliophile and a strategic affairs enthusiast.
Comments