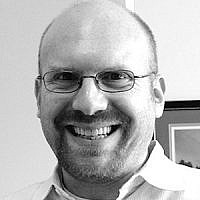 The Blogs
Dan Seligson
Apply for a Blog
Advertisement
Please note that the posts on The Blogs are contributed by third parties. The opinions, facts and any media content in them are presented solely by the authors, and neither The Times of Israel nor its partners assume any responsibility for them. Please contact us in case of abuse. In case of abuse,
Report this post.

Sometime between Boston’s eighth and ninth blizzard of the Worst Winter Ever, I was asked, very quietly and discretely, whether I would be available to “staff a Combined Jewish Philanthropies’ trip to Israel with Julian Edelman.” I think I recall reacting calmly and saying, “Sure, that sounds OK. I appreciate you considering me.”

Inside, I was pretty much hyperventilating.

Like many native-born New Englanders, I have been a Patriots fan since the days of Sam “Bam” Cunningham, Steve Grogan, Raymond Berry and this horrible video which, no doubt, is responsible for the Super Bowl 20 defeat that I would love to, but simply cannot, forget.

Still, that’s ancient history. The Pats are a dynasty, the best ever, their quarterback a first-ballot Hall of Famer, their owner a regional hero with a strong connection to Israel and to CJP. And then there’s wide receiver Julian Edelman, the subject of an “is he or isn’t he” debate about his Jewishness for quite a while now.

I was asked to help lead a group of young adults traveling with Super Bowl champion/arguably co-MVP Julian Edelman. (Yes, this guy. And this guy. And this guy.) Julian, it should be noted, had been exploring his Judaism for more than a year, frequenting Shabbat dinners, famously wishing fans a Happy Passover on social media and wearing a U.S.-Israel pin on the sideline of a regular season game in 2014. The trip to Israel was a logical next step.

Me joining the trip? Sure, that works too!

I had been watching Julian (I call him that now!) on TV since he joined the Pats. But now I was actually going to meet him. In fact, glancing at the other side of the highway, I knew was even going to be stuck in a traffic jam with him.

When I went to pick him up — along with his sister, Nicole, and childhood friend, Kurt — I played it cool, repressing the inner hyperventilation. I left my fan-boy merchandise at the hotel near the Tel Aviv airport. Not a Pats logo to be found on me, which is actually pretty rare. We shook hands, and Julian declared I would be “Danimal” for the remainder of the trip.

As we left Ben Gurion and headed into the jammed highway into Tel Aviv, Julian yelled, “Yalla!” or let’s go, in Arabic/Hebrew slang. We were on our way. 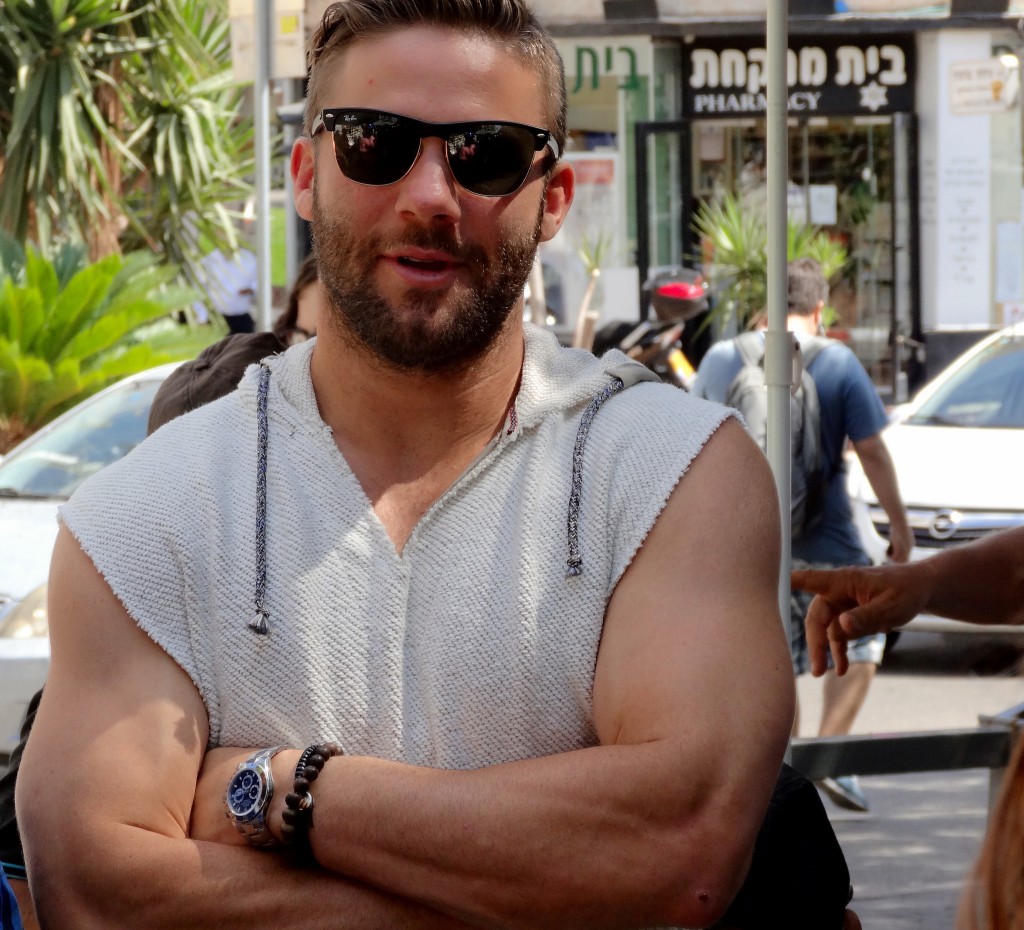 Julian Edelman stops for a picture in Tel Aviv.

From there, we were joined by a group of Boston-area young adults and started our nine-day itinerary that took us to the usual spots of Jerusalem, Tel Aviv and Haifa, but with some action-packed options that made this trip stand out. (See our video here!)

I have staffed two previous trips to Israel; one a tour of Israel’s water industry with Boston innovators and professionals, another with teachers and administrators from a local high school. The trips are designed with the needs of attendees in mind. Teachers want to meet other educators and students; water industry professionals want to see Israel’s state-of-the-art desalination plants, water filtration and innovation sector. There were conference rooms, speakers and Q&A sessions.

For Julian and our young adults? We had to keep them on the move.

There were of course more substantial elements as well — a trip to Independence Hall to learn about David Ben-Gurion’s 1948 proclamation of Israel’s statehood, a tour of Yad Vashem, a tribute to Theodore Herzl at his gravesite, tours of the Old City of Jerusalem and time for prayer and reflection at the Kotel. 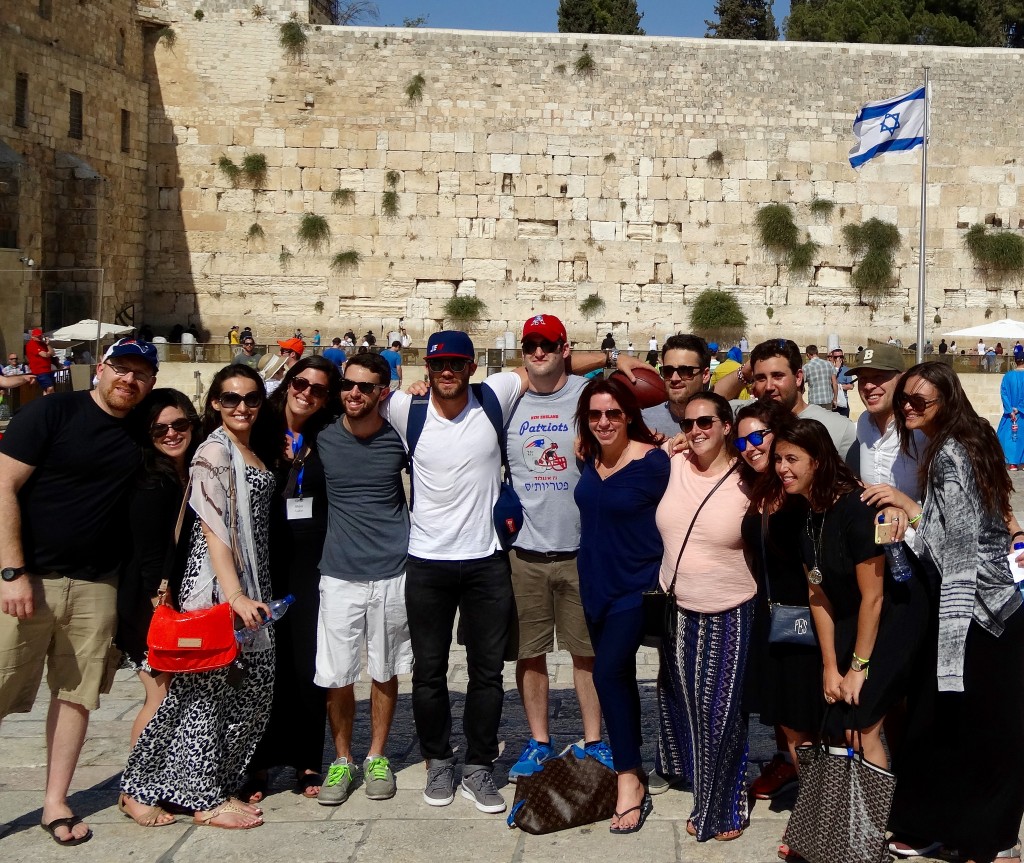 The whole gang of Boston-area young adults and Julian Edelman at the Kotel.

Many of us who were on this journey have visited Israel on prior tours or family trips; yet there’s something so meaningful about seeing this amazing country through someone else’s eyes, especially the eyes of a guy we’re used to cheering for on Sunday afternoons.

Julian was as excited as the rest of us to explore Israel’s incredible sights, soak up the culture, dining and, of course, the nightlife. He prayed at the Kotel, wrapped tefillin and ate Shabbat dinner in a beautiful Jerusalem backyard. He high-fived a group of yeshiva students, went kippah shopping and debated the merits of Goldstar versus Maccabee, Israel’s two leading beers (brewed by the same company).

On Julian’s last night with the group, as we ate dinner under the stars in the Negev, Julian thanked the group for sharing the experience with him. “My birthright,” he called it. 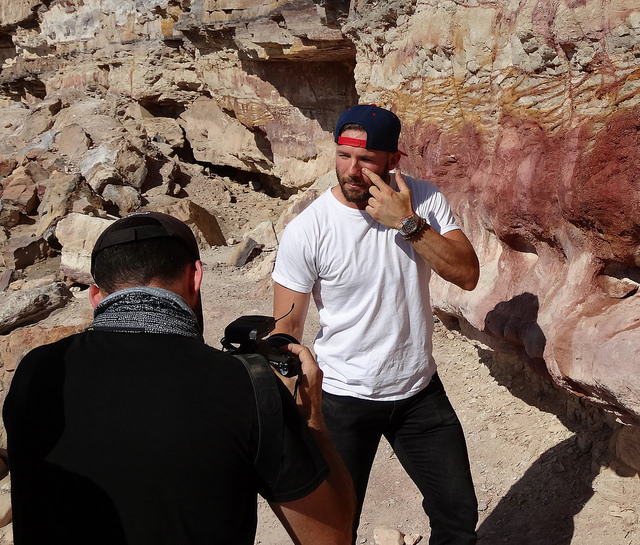 Julian finds facepaint of the ancients.

As this is published, Julian has returned to the practice field in Foxboro, the endless game-planning meetings, the trainer’s tables and the grueling gym sessions. Such is the life of an elite professional athlete. I have returned to my desk at CJP in Boston, moving on other equally important work saving the world, or something like that.

Those of us who explored Israel with him will become wide-eyed fans once again, looking forward to seeing Julian do what he does best on the field. But we’ll also envision the “yalla!” shouting 29-year-old, joking around on the bus, hiking through the desert, stuffing his face with falafel and discovering his birthright in Israel.

And I will save my hyperventilating for game day.

About the Author
Dan Seligson is an avid sports fan, Israel enthusiast, Jewish professional at CJP, Boston's Jewish Federation and father of two amazing girls. He travels to Israel as often as he can.
Related Topics
Related Posts
Comments