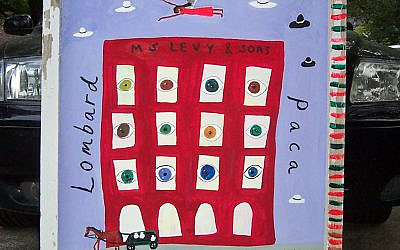 I grew up in the ur-fancy Washington, DC suburb of Mclean, Virginia. Except back then, when my siblings and I were growing up, it wasn’t fancy. It was rural. It was so rural that my mother didn’t want to move there. She preferred the cramped but familiar house on 26th Street, where she knew the neighbors, and the nearby park was crowded with other young mothers with their own babies. We moved anyway, and my three siblings and I grew up in what was then a watered, wooded, and isolated spot, where in winter we ice skated on the pond down the hill, in summer sucked on honeysuckle blossoms, and the rest of the time went to a private day school modeled on an English public school: uniforms, Anglo Saxon songs, The Lord’s Prayer, the dance around the May Pole, field hockey, Latin, the Christmas Play. Suffice to say that neither my siblings nor myself had big roles in this most important of school traditions. (My older sister played a servant to one of the Wise Men. I was a “village tumbler.”) By then I was also quite good on horseback, which wasn’t hard to achieve in the Mclean of my youth, where there were more horses than there were Jews.

Meantime, at home, my father presided over the traditional Friday night meal, and in the morning drove into Washington to attend Orthodox synagogue while us kids watched TV, threw a frisbee around, went to the mall, or got high, depending.

We were yekkes, not that I knew it. All I knew was that we were something called “German Jews,” which somehow made us better than the non-German variety, but I only had a vague notion of what that meant and in any case had never heard the word “yekke” or met what a yekke might call an ostjuden.

Even so, my parents didn’t disdain Yiddish as some in their circles did. It was more that it wasn’t a part of their lexicon, especially for my mother, who grew up Reform, Christmas tree included. My father, the much more observant of the two, had grown up much more traditionally, and when he was home he sprinkled his remarks with a handful of Yiddish words, with an emphasis  on the schm-sounds:  we kids were shmieklers (my dad may have made that one up), a schmegegges, schmendriks. He was much more interested in modern Hebrew, which he taught himself to read and speak. During Sabbath dinners he’d point at one foodstuff or another, demanding: “What’s that?” We were supposed to answer: cake, meat, water, but in Hebrew: ooga, basar, mayim. (Forgive the clumsy transliteration.)

But after graduating from my waspy day school only to go on to a big public high school whose mascot was the Saxon (as in “Go, Saxons!) I went to a college where there weren’t only lots of other Jews, but courses in Yiddish literature. I was off to the races, albeit it in English. For me, there is no literature as sublime as that created by the Yiddish masters, including those writing in languages other than Yiddish: Lamed Shapiro, I.B. Singer and I.J. Singer, Chaim Grade, Cynthia Ozick, Bernard Malamud—and on and on.

I was forty-one by the time I had mastered enough prayer book Hebrew to become a bat mitzvah, and forty-three when I decided that since my father and didn’t communicate well and rarely saw eye to eye on anything whatsoever, I’d get his attention by speaking to him primarily in Hebrew. My gradual embrace of it simultaneously drove my siblings crazy, made me far more comfortable than I previously had been went I went to Israel, and gave my mind something to chew on when it might otherwise simmer and obsess. It also had its intended effect of allowing me to talk to my father in a language he heard better in than the one I’d been speaking to him previously, so now, when we disagreed about most everything, we did it in Hebrew, and it was much more satisfying.

It wasn’t until I was approaching my empty nest years that I became aware that from the earliest days of the yishuv, Hebrew was waging an all-out battle with Yiddish, not just as a matter of linguistics, but as a matter of identity, Zionism, philosophy, religion, and literature. What everyone in Israel knew about Hebrew’s triumph over Yiddish, and how that played out, was news to me. How had I missed that?

Maybe it had something to do with my upbringing? And also: by then, my husband, children and I had been living in Baton Rouge, Louisiana, for years. Spoiler alert: Baton Rouge is not a thriving center of Yiddishkeit. But mainly I think it had to do with the fact that even while I was gobbling up every Yiddish short story, novel, and memoir I could get my hands on, I was determined to learn the national language of my people.

Because for me, Hebrew was a way to claim the right to live within a Jewish and Judaic framework. To locate myself inside a very old tradition. To stake out my birthright. Whereas with Yiddish—not so much. Also, who speaks Yiddish?

These days, somewhere in the neighborhood of between half a million and one million people, most of the Haredim. Versus nine million Hebrew speakers. And 360 million English speakers, one reason why for most of my life I was strictly monolingual.

But mainly I just wanted to speak Jewish, in large part because my childhood was so drastically un-Jewish. (To this day I know all the lyrics of the once-sung prep school song, “We Are Anglicans.”)  Even so, Yiddish sneaked up on me, albeit with only the usual smattering of American Yiddish, and entirely in translation. How can I say this without sounding either bombastic or woo- woo? I’ll just say it. Yiddish literature soaked into me—its rhythms, its worldview, its sense of pathos, its humor, its dybbuks, schlumps, and golems; its shtetls, arguments, and struggles. Here’s the woo part:  I started channeling it. I don’t know what else to call it when an entire story or series of stories about Jews being Jewish comes out of my fingertips in Yiddish-accented English without my really being in control of the process.

Anyway, I ended up collecting thirteen of these short stories and making a book out of them, The Man Who Loved His Wife. And then the publisher asked me if I’d like to illustrate the cover with one of my own paintings. (I’m a painter as well as a writer.) I sent her a few options and she chose a painting called “The Hat Factory,” which depicts my father’s family’s hat factory in Baltimore. The factory was sold, and its building torn down, before I was born, so what I knew of it was mainly from my father’s stories. My painting of it is purely imaginative, with  flying hats, a horse-drawn wagon, an angel in flight.

I sent a copy of the finished book to my 91-year-old father, thinking he’d get a kick out of both its contents and its cover. But when I called him to ask if he’d read it, he said: “I’ve already read some of these stories in magazines.” So then I switched tacks and asked him if he’d noticed the cover art, clearly emblazoned with the words, “M.S. Levy & Sons.” Dad said: “I noticed.”

Then I switched to Hebrew. Dad became Abba, I became “bi-ti,” and we had a wonderful conversation during which we didn’t agree with each other about anything at all and enjoyed every minute of it.

About the Author
Jennifer Anne Moses is the author of seven books of fiction and non fiction, including The Man Who Loved His Wife, short stories in the Yiddish tradition. Her journalistic and opinion pieces have been published in The New York Times, The Wall Street Journal, The Washington Post, the Chicago Tribune, The Atlanta Journal Constitution, The Newark Star Ledger, USA Today, Salon, The Jerusalem Report, Commentary, Moment, and many other publications. She is also a painter.
Comments