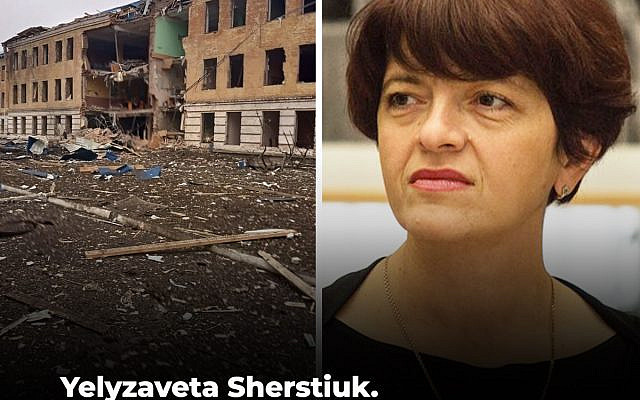 Picture of Jewish Confederation of Ukraine

Russian troops approached Sumy on February 24, just two hours after the start of the rocket attacks – at 7.00 A.M. Control over the region’s 560-kilometer border with Russia was lost, and civilians in the region found themselves in a death trap.

Yelyzaveta Sherstiuk, who heads the Chesed Chaim humanitarian aid center in Sumy, in the very first hours, while it was still possible, before the appearance of Russian checkpoints around the city, was able to take 100 Jews to the West who turned to her for help.

Later they were joined by another 150 Jews, mostly old men, women and children, whom Yelyzaveta helped to safely get out of the besieged city.

This is an example of the Righteous Among the Nations of our days. I’m sure we’ll hear many more stories like this.

On May 4, Yelyzaveta Sherstiuk will become an honorary torchbearer of the Diaspora on Mount Herzl during the celebrations on the occasion of the 74th anniversary of Israel’s Independence.