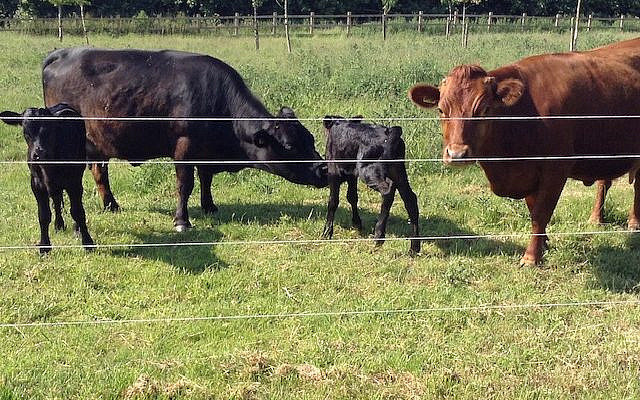 Primogeniture is the process through  which the firstborn child inherits the family wealth and titles. Ultimogeniture does the same thing for the youngest child. Primogeniture underpinned European feudal systems for a few hundred years. Despite taking a battering in recent times, there are vestiges of it all around us both in Civil and Jewish law. The biblical word for a firstborn is ‘Bechor’.

The most prominent example of primogeniture in Britain today is the rule (modified in 2013) that on the death of the monarch, his or her oldest child will succeed. If upon the death of the Queen, her son Charles were to succeed her (please relax, imagining the death of the Monarch is no longer an act of High Treason, that law from 1351 was repealed in 1948), this would be only the second time in 200 years that the oldest son of the previous monarch was crowned King. A tradition mostly honoured in the breach.

The Bible reveals a similar story, none of the patriarchs was the oldest sons of his father, nor were Joseph, Moses, Saul, David or Solomon. But as we shall see shortly, Jewish law is often more interested in the firstborn son of a mother than the oldest son of a father.

I must declare an interest here. I am the second-born of three brothers. Neither the oldest nor the youngest. Middle children like me have a syndrome all of our own. All our lives we crave the attention and the affection that we didn’t get as kids. Neglected and left to our own devices, while our siblings were pampered, we emerge from the family furnace like tempered steel. Whenever you meet a group of three siblings all of the same sex, you can be sure that the middle child is the best!

Jewish Law says that when a man makes a Will, he should leave a double portion for his firstborn son. If there are three beneficiaries, the estate should be divided into four parcels, the oldest taking two, the others one each. There are authorities who contend that this extra portion, or chelek, need not be of full size, but the oldest should still get something extra.

I was once in a Beis Din with a client when the senior Rabbi was at pains to explain the reason for this extra chelek: “Your oldest son had his mother and father all to himself for the first two years of his life. Then along came his siblings and he had to learn to share. We compensate him for his loss with the extra chelek”. Everyone in the room nodded in agreement with the Sage. In my head a middle-child was screaming: “Compensate him? Absolutely not! He should pay us for the time he had on his own with our parents. Give him less, not more!”

The firstborn male calf or kid or lamb, of a cow or nanny-goat or ewe, is a Bechor. It gets its status from its mother, not father, because it is a ‘petter rechem’ – it breached the womb. Jewish law sanctifies a Bechor and heavily restricts what can be done with it. You can’t hitch it to a plough, you can’t shear it. You can’t even keep it, you have to give it to a cohein (priest). These laws still apply today, not just in Israel but also in North-East Bedfordshire. Except that these days we can’t be sure our priests are really priests.

Dexter cows are a small breed, originating in Tipperary, in south-west Ireland. They are known as the “smallholder’s cow” because they are of manageable size; they produce meat and milk in quantities suitable for domestic consumption. The breed was endangered but has been brought back from the brink. When we first moved here, I wanted to buy two young Dexter heifers. Our very helpful neighbour, K, who keeps a dozen Dexters of her own, took us to meet a local breeder with a prize-winning herd. He took us to a field where he had twenty or so year-old calves.

As most of the young heifers backed away, two of them walked determinedly towards us. Lucy was red, Beattie was black. We took delivery a few days later. When the time was right, we borrowed a stud for romantic encounters. Nine months passed before one Shabbat morning, while we were enjoying kiddush in the house, Lucy delivered a beautiful bull calf. The next day Beattie did the same. Clever girls, no obstetric intervention necessary.

A couple of days later it hit me. What had I done? I was the proud owner of not one, but two, Bechors. What on earth was I supposed to do with them? I consulted various learned gentlemen, and Rabbis. I still remember the one who laughed at me: “You’re a solicitor, you’re supposed to be a clever fellow. How did you let this happen?”. He was pleased to tell me that if only I had sold a small percentage of the cows to a non-Jewish partner, before the births took place, I would not have had to worry about Bechoros.

It turned out that English Rabbis don’t know an awful lot about farming. My question was sent to Israel where  entire academies specialise in Jewish Agricultural Law. The consensus was that I had to keep my Bechors until they developed a blemish. Under no circumstances was I to cause the blemish. Only after they were blemished could I redeem them. Once redeemed I could sell them. Then I would have to put the money aside to await the coming of the Messiah, who would clarify which priests were the real deal and entitled to the cash. (In the meanwhile, I quietly sold a small share in my flock of sheep to my non-Jewish assistant).

Bovine Spungiform, or BSE, often called ‘Mad Cow Disease’, is a devastating and highly infectious condition. There was an epidemic in the UK in the 1990s. Hundreds of thousands of cows were slaughtered and incinerated. One consequence was that the government legislated for all cows to be registered and given a number, so they could in future be tracked and traced. The number was to be displayed on an ear tag attached via a hole made in the cow’s ear. One day K reminded me that my calves needed ear-tagging. That meant making a hole in the cow’s ear. Was that a blemish? K couldn’t see the problem.

In a moment of epiphany I called the Rabbi who had taught me about the extra chelek. I told him the story.

“The Law requires me to make holes in their ears, for ear-tags. Is a hole in an ear a blemish?”

“But the Law requires it”

“Then this is what you do (whereupon the Talmudic sing-song began):

“First of all, amirah l’amirah. Ask a non-Jew to ask another non-Jew to make the hole in the ear. Then, you have a blemish and you can sell the bull calf. But, before you do, make a pidyon; put some money aside to redeem the Bechor. The holiness leaves the calf and passes to the money. Then you can sell the calf because it is no longer holy”

So this is what I did: I asked K to ask Rob to come and ear-tag my cows. K didn’t get why I couldn’t ask him myself, but she did it anyway. Then I put some money in an envelope and stuffed it under the mattress. I grew the calves on until they were yearlings. I sold them to a local butcher who grazed them another year before slaughtering them. By all accounts the meat was delicious.

One day I remembered the envelope under the mattress. I figured the saintly Rabbi was more likely than me to live to greet the Messiah. I posted it to him. As far as I know, the latter has not arrived and the former still has the envelope.