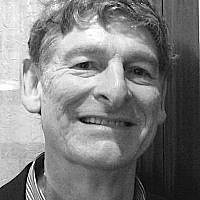 The Blogs
Yitzhak Sokoloff
Apply for a Blog
Advertisement
Please note that the posts on The Blogs are contributed by third parties. The opinions, facts and any media content in them are presented solely by the authors, and neither The Times of Israel nor its partners assume any responsibility for them. Please contact us in case of abuse. In case of abuse,
Report this post. 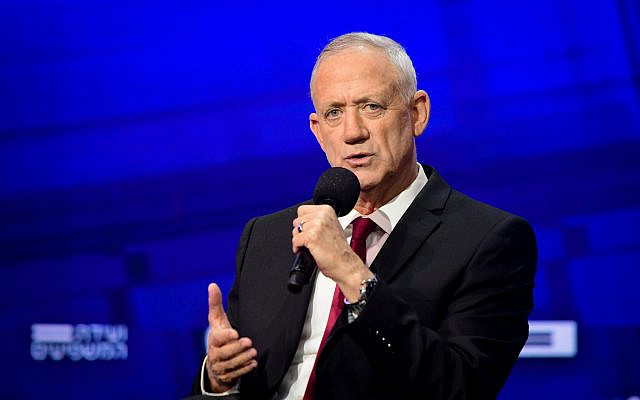 Next week, for the fifth time in three years, Israelis will again be asked to choose the leadership of their country. Tragically, the endless cycle of elections, and its attendant political carnival, has torn at the very fiber of the country. It has split Israel into two opposing camps and mortgaged its future to an unholy coalition of Jewish and Arab extremists. The country, each side maintains, can either be democratic or Jewish, not both. In other words, Israel must either sacrifice its identity and raison d’etre or its deepest-held values.

Living as I do in a religious Zionist “settlement,” I hear and share the frustration of many of my friends. The rhetoric of the left that vilifies us as lawbreakers and parasites infuriates us. Our communities are law-abiding, Zionist and idealist and our children serve in combat units of the IDF in numbers far beyond their proportion in the population. We put ourselves on the line in order to provide defendable borders and safety for all Israelis. Bibi, many say, had 12 years to extend Israeli sovereignty to the settlement blocs and the Jordan River Valley and failed to do so. Lapid, after years of avoiding the issue, recently endorsed the concept of a Palestinian State without defining what that would mean. Consequently, some of my friends are turning to extremists like Itamar Ben Gvir, a radical who until recently admitted to viewing the mass-murderer Baruch Goldstein as a personal hero.

Yet, with all due respect to their frustration, supporting any government that could include Ben Gvir would be a strategic disaster for the State of Israel and a mortal blow to the solidarity of Israeli society. Rather than promoting Jewish values, it would drive us further away from them.

Israel’s security is based on three critical elements: 1) Israeli Jewish solidarity 2) World Jewry’s identification with Israel and 3) the support of the United States. All three will be gravely threatened if a coalition of Netanyahu, the Haredim and the misnamed Religious Zionist Party cobble together a majority of 61 seats in the next Knesset.

Let us start with the United States. Aside from Ukraine, Israel is the only country in the world that lives under an existential threat to its existence. Cold logic dictates, therefore, that powerful allies are a critical strategic asset. American support for Israel is not just something that makes us feel good. It translates into F-15s, F-35s, technical and financial support for our state-of-the-art missile defense, intelligence sharing, general diplomatic support in a cynical and hypocritical world, and a significant margin of deterrence in any potential confrontation with Iran or with an increasingly unbalanced Russia.

Above all else, America supports Israel because the two nations share a set of common values. A Netanyahu-Haredi-Ben Gvir coalition would threaten this assumption, particularly among the remaining moderates in the Democratic Party. Admittedly, American support for Israel is also contingent on the balance between American domestic politics and foreign policy interests.

In 1973 the US came to Israel’s aid during the Yom Kippur War with a massive supply effort, but only after waiting long enough to insure its own role in post-war diplomacy. In 2016, the Obama Administration passed a 38-billion-dollar Israel aid package, but in an act of pique against Netanyahu, it also allowed the passage of the most anti-Israel resolution ever passed by the Security Council. Trump may have moved the embassy to Jerusalem and withdrawn from the JCPOA agreement that would have placed Iran on a clear path to nuclearization, but he remained an isolationist, and his subsequent refusal to respond militarily to Iranian provocations resulted in their current mad rush to the nuclear finish line. In a world grown increasingly dangerous and distracted, it is no less than lunacy for Israel to endanger American support against Iran by catapulting Ben Gvir and his colleagues into positions of political leadership.

If Ben Gvir enables Netanyahu to win the election on November 1st and then goes on to join the coalition, the international media will not focus on Bibi’s political comeback. Instead, it will inundate the world with the portrait of Baruch Goldstein that until recently adorned the Ben Gvir living room. In the background, there will most likely be videos of Jewish vigilantes yelling “death to the Arabs” as they storm through the streets of Israel to celebrate his success. The price Israel will pay for electing such a government will be measured in the hard currency of military and political support in its existential confrontations with Iranian and Palestinian irredentism.

Israel today is in desperate need of a coalition that bridges the gap between right and left, religious and secular, settlers, Tel Avivians, and yes, Jews and Arabs. We must replace this unsustainable cycle of elections with a steady government, one that all Israelis can accept come November 1st. The most logical of coalitions would, therefore, be based on the center of the spectrum rather than its extremes. Led by Benny Gantz, HaMachane HaMamlachti (The National Unity Party) best represents the center-right of Israeli politics today, and could easily forge a stable, responsible center-right coalition together with a post-Netanyahu Likud and Yesh Atid, or to safeguard the values of the right if Likud remains wedded to Netanyahu, Ben Givr and Smotrich after another electoral defeat. At his side, Gantz is surrounded with talented and experienced leaders like Gidon Sa’ar and Gadi Eisenkot and beyond them Matan Kahane and Ze’ev Elkin.

HaMachane HaMamlachti seems the best choice to guard Israel’s strategic interests while promoting Jewish values in a way that unites us rather than driving us further apart.

About the Author
Yitzhak Sokoloff is an Israeli political analyst and a resident of Efrat in the Etzion bloc.