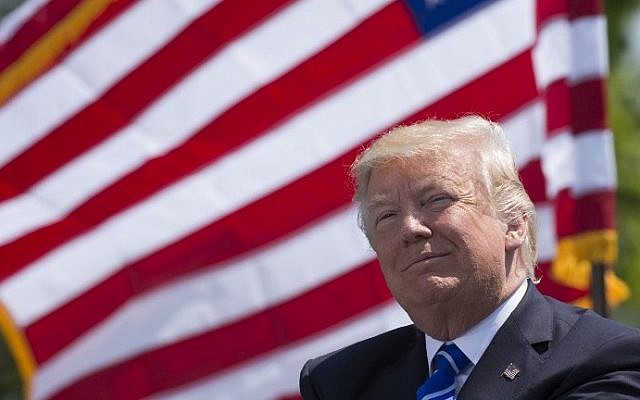 At the end of the day, Trump is not the problem. He has always been and remains the symptom of much deeper problems. Therefore, from a wider perspective, it doesn’t matter very much whether he is impeached now, over the Comey affair, or whether he is brought down later over something else.

Three main approaches have emerged with regard to the whole phenomenon of Trump, each of which views the latest scandal from a distinct perspective.

The first, the largest and certainly the noisiest, is the political center and the mainstream media (MSM) that both feeds and reflects it. For this camp, matters are fairly straightforward: Trump is a disaster, he should not have been elected — indeed, he lost the popular vote — and he should be removed as soon as possible. This goal is not difficult to attain, because the president and his entourage provide an endless supply of reasons to do so, from blithering incompetence to outrageous conflicts of interest. Comey/Memogate is as good as any other reason to trigger the removal process.

The second camp is much more diverse and dispersed, but probably more passionately committed to its view. It includes the ‘alt-right’ group of radicals, but also many individuals and groups on the extreme left. They all believe in one or more conspiracy theories, the central feature of which is that a shadowy, faceless entity that they term ‘the Deep State’ holds real power — in the US and elsewhere. Trump is believed to pose a threat to the Deep State, which must therefore ‘deal with’ him in one of two ways. The simpler one is to overthrow him with impeachment, a tool that is ready to hand. Alternatively, it might be possible to co-opt him. In some versions of the alt-right analysis, Trump can be turned into a tool of the Deep State without his even being aware of it.

The third camp, if ‘camp’ is not too grand a title for so small a group, is comprised of people who think that the political center has lost the confidence of the general population. This development explains the rise to prominence of fringe groups — most of whom have been lunatic fantasists all along, of varying degrees of dangerousness.

Seeking to take an objective view of what has happened and is developing, this group concludes that Trump is doomed to failure, because his own deep-seated personality flaws make him entirely unsuited to be mayor of Hicksville, let alone President of the United States. Even if the MSM liked him and the alt-right viewed him as the Messiah (which some of them did, until quite recently), he would still self-destruct long before his term ended.

Different as the starting points and analytical process employed by each of these three groups may be, they all arrive at the same conclusion: Trump is toast. Whether he is despatched by the ‘liberal elites’ through their control of the media, or eliminated as a political force by the Deep State and its machinations, or brought low by his own words and actions, the result is the same: Trump will not be re-elected, may well not finish his term and, in any event, will achieve few, if any, of his declared policy goals.

Irrespective of what those goals are and whether one agrees with them, Trump’s demise is bad news for the US and, by extension, for most of the rest of the world. But the ongoing implosion of Trump and his Administration is not what should really concern people. Rather, it is the slower, much more gradual, ongoing implosion of the United States, its society, economy and global power and status that we should be losing sleep over.

Thus, while it is quite true that Trump is unfit to govern, what is far worse is that the United States is now patently ungovernable. The American political system is no longer merely gridlocked, it is actively engaged in self-destruction, entirely oblivious to the impact on the American people, especially ‘the 99%’ who are not in any elite group.

While it is also true that Trump has no clear foreign policy, what is far worse is that Bush Jr. + Obama + Trump (and Bill Clinton can probably be added to the equation) have succeeded, cumulatively, in gutting America’s standing in the world. Other countries do not know whether they are, or are seen as, allies or enemies, and whether — let alone why — this perception will change tomorrow, or with the next president.

And while it is obvious from his key appointments that Trump, just like Obama, is beholden to Wall Street and will do nothing to improve the lives of the voter groups that put him in the White House, what is far worse is that he will do nothing to stem, let alone reverse, the fundamental ills of the American economy. On the contrary, he will either do nothing — the more likely prospect, as per the ungovernability noted above — or use the undemocratic tool of presidential orders to do things that make matters worse.

In short, that Trump will not last long is a given. But the idea that removing him will resolve anything substantive is itself a dangerous delusion. All those who look forward to his demise as the key to redemption, without asking themselves what will come after him, should be very careful what they wish for.