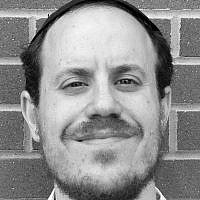 The Blogs
Shmuel Herzfeld
Apply for a Blog
Advertisement
Please note that the posts on The Blogs are contributed by third parties. The opinions, facts and any media content in them are presented solely by the authors, and neither The Times of Israel nor its partners assume any responsibility for them. Please contact us in case of abuse. In case of abuse,
Report this post.

Yeshiva University had engaged the law firm Sullivan and Cromwell to conduct an investigation into the University’s conduct after The Forward published a report detailing sexual and physical abuse by former staff members, including the long-time principal, Rabbi George Finkelstein.

On January 6, 2013, at the outset of the investigation, in a statement on its website, Yeshiva University announced:

The Board of Trustees is fully aware that it will be judged on the manner in which it conducts this critical and sensitive matter and, in that connection, will, as always, seek to meet, if not exceed, the best possible practices employed by institutions that have confronted similar circumstances. We expect the findings of the investigation will be communicated to the public following completion of the investigation.

Fast-forward to the present time. This is the statement issued by Sullivan and Cromwell in its published report on August 26:

While it was the intention of the Board of Trustees to have made public a report which would have set forth the specific details of the extensive interviews conducted and documents reviewed by the Investigative Team, as a result of the Pending Litigation, the Investigative Team has been directed by the Special Committee to describe its findings with respect to sexual and physical abuse in summary fashion.

In other words, the Special Committee of the Board of Trustees overruled the prior decision of the full Board that the investigative report containing “the specific details” of the investigation should be made public and instead “directed” the outside lawyers to withhold the facts from the public.

What about the commitment to “seek to meet, if not exceed, the best possible practices employed by institutions that have confronted similar circumstances?”

Yeshiva University is an institution whose motto is, Torah and Madda. They should hold themselves to the highest standard of ethical behavior. However, if we compare them to the way Penn State handled their own accusations we see a large gap.

In the face of certain litigation, Penn State chose to release the full report detailing the sexual abuse that occurred on its campus. Penn State has paid millions of dollars as a result, but they are on their way to regaining their reputation. In contrast, in a similar circumstance, Yeshiva University chose to release a report of which only 320 words concern the veracity of the actual accusations.

But it gets worse. Those 320 words contain the following sentences:

The Investigative Team has concluded that multiple incidents of varying types of sexual and physical abuse took place at YUHSB during the relevant time period. This conduct was carried out by a number of individuals in positions of authority at the High Schools at various times throughout the period covered by the Investigation, including, in certain instances, after members of the administration had been made aware of such conduct.

Because of the direction of the Special Committee we have no way of knowing who these members of the administration are? Who are these administrators who acted so egregiously as to allow a sexual predator to continue to abuse students? Are any of these administrators (and senior faculty members who should have known better) still working for Yeshiva?

If we are to follow the Board of Trustee’s words and judge them on this matter then we judge them to be in dereliction of their duty and to have done lasting damage to the legacy and the reputation of Yeshiva. They have placed short-term financial strength over integrity and a responsibility to the victims of sexual abuse.

As an alumnus of the school I sent a letter (signed by twenty other alumni) on January 3, 2013 to the chairman of Yeshiva’s Board, Dr. Henry Kressel, asking for a transparent investigation that would be released to the public according to the standards under which Louis Freeh investigated Penn State. We received no response from Dr. Kressel. This is consistent with another finding of the 320 words published by Sullivan and Cromwell:

Based on what the Investigative Team learned from its interviews with victims, this lack of an appropriate response by the University caused victims to believe that their complaints fell on deaf ears or were simply not believed by the University’s administration.

No wonder at least seventy people refused to speak with the investigators from Sullivan and Cromwell. Many probably felt that their interviews would be buried and not released to the public. And sadly, they were right.

To summarize: Yeshiva was accused of not taking complaints from their students about sexual abuse seriously. They were also accused of covering up acts of sexual abuse.

In response to this it hired Sullivan and Cromwell to conduct an independent investigation — only to then bury the full report and not release the names of the administrators who egregiously allowed the abuse to happen.

Richard Joel described the issuance of the 320 word report in the following public statement:

Sullivan & Cromwell LLP released its report marking the completion of the firm’s eight-month investigation into allegations of past abuse at Yeshiva University High School for Boys.

This is a highly misleading statement. Yeshiva University did not really release the report. It instead chose – contrary to the previous directions of the Board – not to release the report. Instead of publicly disclosing the detailed findings (as had been promised), the Special Committee chose to place the university’s financial position in front of the needs of the victims and the public’s right to be aware of the full extent of the problem.

They are committing the same sins of their past.

Richard Joel should overrule the Special Committee and release the full report at once.

If he doesn’t do that then the Board of Trustees should remember that what is at stake is not only the reputation of Yeshiva University, but the very reputation of the Torah itself.

Or, as Marci Hamilton, a law professor at Yeshiva University, put it in The Forward on January 10: “No institution can study this issue with any credibility and fail to report to the public what they’ve found.” She added, “This is the leading Orthodox university in the country, if not the world, and what’s needed is for this institution to set an example for dealing with these kinds of issues.”

About the Author
Shmuel Herzfeld is rabbi of Ohev Sholom--The National Synagogue in Washington DC. He is the author of Fifty-Four Pickup: Fifteen Minute Inspirational Torah Lessons.
Comments