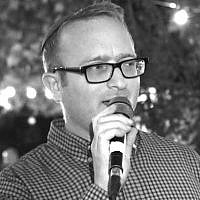 (IsraelB Newsletter: Click on here to subscribe to the IsraelB newsletter and use the IsraelB website to get all the information you need of what’s happening in Israel and the Jewish World)

The next few weeks are for many Olim the most meaningful and significant of the year, and remind us of why we made Aliyah. Yom Hashoah, with the ceremonies at Yad Vashem and around the country, hearing the siren when we all stand still and forget our differences, listening to the survivors and refugees, who despite their experiences came to Israel and had the strength to re-build their lives and had families, and watching Rav Lau standing with the Ramatkal and Israeli soldiers at Auschwitz Birkenhau. Then, of course, next week, Yom Hazikaron and Yom Ha’atzmaut.

I always think of the days of Yom Hashoah, Yom Hazikaron and Yom Ha’atzmaut as a modern form of national Asseret Yemei Teshuvah-days of national cheshbon hanefesh, reflection and introspection.

There is an obvious link between the Shoah and the Establishment of the State. The establishment of a Jewish State, gave the Jewish People a sense of pride and identity, after the horrors of the Shoah. It gave us a sense that we had a future and a national project to work towards, after a third of our people, including 1 1/2 million children were murdered.

The growth of the Yeshivah Day Schools movement here, the growth and mushrooming of Hesder and Charedi Yeshivot, the re-birth of the Hebrew language, the revolution in Torah learning of Tenach, Gemara and Halachah and academic programmes of Jewish Studies at degree, masters and doctoral level, all reflect, that, in terms of Jewish learning, Israel is the center of the Jewish world and the Torah learning of Europe, that was destroyed, is being rebuilt here.

Rav Lichtenstein writes in an essay called, ‘Challenges of the Holocaust’: ’Let us strengthen ourselves and continue with the construction which they never completed through the building of the land and its development. Anyone who emerges from Yad VaShem experiences profound depression – and quite understandably so. But someone who emerges and sees the hills of Judah and Jerusalem rebuilt can take some comfort. We should not attempt to do “accounting” and to say that this is God’s compensation to us for the Holocaust. The State of Israel is not the solution to that problem but rather an opportunity for us to fulfill our mission; not an answer but rather a challenge and a destiny, and our responsibility is to work towards its realization.’

Practically, the state was also a place where the survivors and refugees could flee to, and rebuild their lives. Rav Amital zt’l saw the establishment of the State of Israel in terms of ‘Kiddush Hashem’, after the terrible ‘Chillul Hashem’ of the Shoah. Rabbi Jonathan Sacks remarked that after the Shoah we are all survivors, part of the two thirds of the Jewish People who survived-the state gave the Jews a collective means of celebrating our national survival.

At the same time though, we cannot just think in terms of slogans and sound bites. We need to be aware of the dangers and problems of linking the Shoah and the Establishment of the State, in an over simplistic and naive way, that ignores historical reality and what was going on at the time:

1)The term that is used in Israel to describe Yom Hashoah is ‘Yom Hazikaron Le’Shoah Ve’Lagvurah’ and refers to the Warsaw ghetto uprising. In fact the date of Yom Hashoah is to mark the uprising. However, we must remember that the vast majority of Jews did/ could not rebel and were murdered, silently and passively , ‘Al Kiddush Hashem’. Most Jews were deported and murdered immediately and could not defend themselves. They did not show ‘Gevurah’ in a physical sense, but were murdered saying ‘Shema Yisrael’ which was also a form of Kiddush Hashem- instead a spiritual, non physical ‘Gevurah’.

2) Furthermore, there were survivors and refugees who came to Israel or moved to communities abroad who were unable to rebuild their lives and were traumatized and scarred for life. All one has to do is read authors such as Primo Levi, Victor Frankel and Elie Weisel and hear the survivors themselves speak of their experiences in the concentration and labour camps to hear that, whilst they saw the creation of a state as a miracle and valued it, that did not in any way take away the emotional trauma or devastation they experienced-the creation of the state did not bring back their families and friends.

3) It was only in the 1960’s that people even started thinking theologically about the Shoah and it’s connection to the creation of a Jewish State. Until then, the Jewish People were unable to. As Rabbi Berel Wein said, the Jewish People were in intensive care until the 1960’s and couldn’t think or function. Since then, Rabbi Wein said we are all in ‘hospital’, even though we may not realize it-we have still not recovered from the Shoah and never will. To have suggested before the 1960’s as is said by some nowadays, that the creation of a Jewish state in any way would compensate or help cope with the horrors of the Shoah, would not have been suggested or heard. We were in a state of national trauma.

4) Eretz Yisrael is the historical and cultural homeland of the Jewish People, and was promised to us in the Torah, and is a central theme in the Tenach-it was not a result of the Shoah. Most of the Mitzvot are focused around living in Eretz Yisrael, including all the mitzvot connected to Korbanot and the Bet Mikdash, which was to be the focus of Jewish life in Yerushalayim. Had there not been a Shoah, would we have deserved a State? Of course!

The Shoah demonstrated we need and deserve a homeland of our own, but we can’t present Jews as victims and the state as a ‘Miklat’-Eretz Yisrael is our Biblical Homeland, and was promised to us, before Christianity or Islam existed as religions.

5) Even though the Shoah was the worst period of persecution-Jews have been persecuted since the fall and destruction of the First Mikdash, and if the establishment of the state is linked to us being persecuted, it should be linked to the whole of Jewish History, culminating in, but not solely with, the Shoah. Also, the Shoah must be seen as historically the culmination of 2000 years of Christian Anti-Semitism. Without the embedded hatred of Jews that Christianity had spread in Europe, the Shoah would not have happened. The Nazis were copying and building on 2000 years of European Christian Anti-Semitism.

6) The survivors and refugees from the Shoah, who came to Israel during and after the Shoah were treated badly and mocked by large sections of the Sabras living in Israel and were treated as outsiders and second-class citizens. They called them ‘Sabonim’, literally soap bars, ridiculing them, saying they were over passive and did not stand up to Nazis. Many Sabras, did not want to have anything to do with the refugees and survivors from Europe, who they saw as representing the ‘Galuti’ Jew, who was weak and defenseless. Israeli society was unable and unwilling to help the refugees and survivors integrate and they did not help them enough in overcoming the challenges and difficulties they faced-hence they created their own communities and shuls.

8) The creation of a Jewish state, made sense and was a completely justified and rational claim. Whilst the Shoah, in contrast, did not make sense at all, and was beyond human comprehension and understanding. Rav Soloveichik, describes the Shoah as a complete mystery. Whilst the establishment of the state was a miracle, it was not a mystery-it made total sense.

9) Even though the State of Israel has achieved wonderful things, to say that in a certain way it compensates or makes up for the Shoah is impossible to claim- the survival of the state despite the wars and security situation, is a miracle, but to say it somehow makes up for the destruction of quantatively a third of the Jewish people, as well as qualitatively the annihilation of the hundreds of years of European Torah learning and culture – the Yeshivot, 100 of years of Acharonim and Halachik tradition and works, producing people including the Ramah, the Shach and the Taz, Chassidut, The Brisk dynasty, The graduates of the Volozhin Yeshiva etc. is difficult to argue.

10) The process of the Establishment of the State and Modern Zionism started well before the Shoah, in the 19th century, even though, the Shoah did have an impact on the decisions of the International community and the UN in 1947 and 1948.

11) To say ‘Never Again’-that now we have a state, another Shoah could not happen again, is not a religious approach. The Ramban in Parshat Emor, says that in Eretz Yisrael, the Jews are judged on much higher standards, and that we will be forced to leave the land if we do not live up to these higher moral and ethical standards. As Religious Jews we believe as the Ramban states that our continued survival in the state depends on G-d, and is ultimately not in our hands. Although of course having an army, is a religious duty and is an expression that we want to take responsibilty for our destiny and survival.

Following the Shoah, the establishment of the Jewish State, gave the Jewish People a sense of hope and pride. An opportunity to take responsibilty for our destiny into our own hands. I cannot think what would have happened to us had we not been given a State of our own.

Through having a country of our own, we were able to re-built and start over again, and at least attempt to move on, despite the unthinkable horrors of the Shoah. At the same time, the connection between the Shoah and State of Israel is complex and not straightforward, as is sometimes suggested here in the media and educational system.