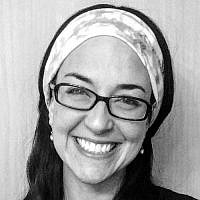 The Blogs
Channah Cohen
Apply for a Blog
Please note that the posts on The Blogs are contributed by third parties. The opinions, facts and any media content in them are presented solely by the authors, and neither The Times of Israel nor its partners assume any responsibility for them. Please contact us in case of abuse. In case of abuse,
Report this post. 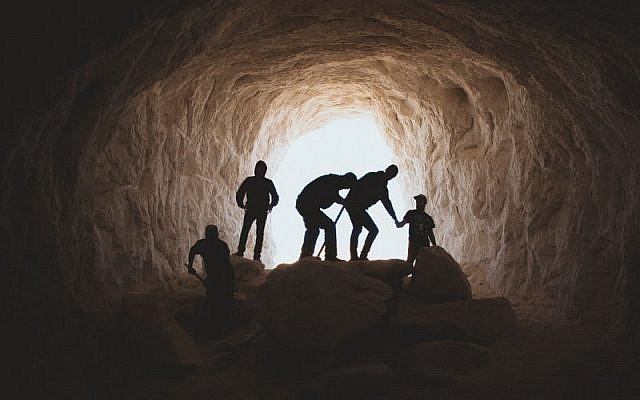 “Escape from prison camps is no longer a sport!”

…Overall, what we might call a rather dramatic reaction to an escape that, however daring and ambitious, ended in almost complete failure.

Stalag Luft III housed captured Allied air-force troops, predominantly British but with some Americans, Canadians, Australians, and others. For over a year, the POWs at the camp, led by the 34-year-old Roger Bushell, constructed a tunnel burrowing 30 feet below the barracks and extending over 300 feet to beyond the perimeter of the camp and into the forest beyond. They tunneled through dirt and sand with whatever materials they could steal or forage; including 4,000 wooden slats swiped from their own bed-boards used to support the tunnel walls, 1,500 blankets used to muffle the sound of digging, and a stolen wire hooked clandestinely to the camp power supply to provide lighting in the tunnel. The men excavated, bit by bit, more than 100 tons of sand and dirt which they discreetly deposited, unnoticed, into various hiding places within the camp, such as the garden soil around the camp perimeter.

On the night of March 24, 1944, the tunnel was complete and the escape began. The grounded airmen prisoners, wearing stolen civilian clothing and holding forged identification documents, were carted through the tunnel and began to emerge and disperse into the forest beyond the campsite. Fewer than a dozen men could make it through the tunnel each hour. The tunnel was discovered around 5am on the 25th, when a German soldier spotted the 77th emerging man. The men still in the tunnel dashed back to the barracks, burned their identification documents, and re-concealed the entrance to the tunnel. The Germans, meanwhile, immediately and aggressively started a search for the escapees.

This story, like many during the Holocaust, does not have a Disney ending.

The German hunt for the escaped prisoners was swift and overbearing. Within two weeks, they had caught 73 of the escapees; only 3 of the escaped men made it back to Allied land. Hitler was furious about the escape, and following his personal orders, but against the guidelines of the Geneva Conventions that stated that POWs could not be killed for trying to escape, the Gestapo drove 50 of the 73 recaptured men to remote locations and shot them. Including Roger Bushell.

We are left with the burning question that we barely allow ourselves to ask: was it worth it? All the time, planning, strategy, and risk… for what seems like almost no gain, at the end of the day.

The story of the escape from Stalag Luft III might remind us of our own legend of uprising and revolt: the Warsaw Ghetto. I have heard talk on both sides of the case: on the one hand, the heroic tale of a brave set of Jews who decided, although they understood their almost-certain fate, not to fall prey to the Germans without a fight. On the other, the scathing critique of men and women who decided the fate of thousands of their brethren, hastening their deaths and deportation. It is not upon us to cast judgment, but to learn and develop an understanding of this seminal point in Jewish history, year after year.

In 1963, the dramatized war film The Great Escape documented the Stalag Luft III escape, based on a written first-hand account. In a somewhat comical but epic encounter early in the film, the head of the Nazi camp, although knowing nothing about the tunneling, calls the head of the POWs into his office to demand an explanation of the men’s general obstreperousness on all occasions. The British captain responds:

This enlightening line was, perhaps, based off the real-life motivational plea of Roger Bushell himself, as he outlined the plan of escape to his fellow POWs for the first time:

“Everyone here in this room is living on borrowed time. By rights, we should all be dead! The only reason that God allowed us this extra ration of life is so we can make life hell for the [Germans]…”

Bushell’s impassioned speech indicated that this was the major motivation behind the escape attempt: not the will for freedom, but the call of duty.

In which case, the aftermath of the Stalag Luft III escape would have made Bushell proud. The written account of the escape noted that in the two weeks following the escape from the camp, 5 million Germans spent time searching for the escapees, many occupied with this full-time. This is astounding to consider. Seventy-six POWs tied up millions of German personnel and resources— armed cars, radios, tracking devices, road barricades, soldiers, police– resources that were now, therefore, not being used elsewhere in the German war effort. Every side occupation of the German army funneled resources out of their main war efforts, and was therefore an asset to Allied forces; the POW’s home front. Despite their recapture, the men had succeeded at their mission: they had done their duty to their own nations by providing a mass distraction to the enemy.

Now let’s take a look a little closer to home, at the Warsaw Ghetto Uprising, the event that Yom HaShoah officially commemorates. Viewed as an attempt to overthrow Nazi occupation of the ghetto, it was a dismal failure, and was certainly doomed from the onset. But, viewed as a distraction from the Nazi war effort, it was a blazing success. The Jews, consisting of a ragtag band of 750 half-starved young adults with mostly homemade weapons, managed to compel the Germans to send over 2,000 troops to quell the rebellion. The troops, of course, were equipped with all the necessary gear and artillery, and were joined by several hundred Polish police and firemen, 200 machine- and sub-machine guns, tanks, and armored cars. To funnel this force into the ghetto, the Germans had to pull troops from their training battalions, cavalry reserves, intelligence, railroad engineers, order police, emergency corps, and camp guards.

Needless to say, the Jews suffered heavily from this, with 13,000 killed in the uprising itself and another 50,000 deported to death camps immediately thereafter. The Germans, on the other hand, lost only around 100 men. Are we not forced to ask here as well: was it worth it?

But seen in the light of what we learned from the Stalag Luft III failure, the casualties sustained by the Germans are fundamentally irrelevant: the uprising drew German troops away from their other occupations and into the heart of the ghetto. And in this way, it was a wholly successful insurrection, although it ended in the decimation of the ghetto and most of its fighters. The Jews had done their duty to the Allies, to the world as we now know it. In Bushell’s words, they had also “[made] life hell for the Germans” in whatever way they could.

If we dare take this a step further into uncharted territory, beyond the purview of human intention: just imagine the resources expended by the Germans on “The Final Solution” elsewhere during World War II. There were six extermination camps with many satellite camps (and more than 1,000 concentration camps) under German command during the course of the war. Each camp was run by over 1,000 police, soldiers, and slaves under German control. At the same time, there were railroad tracks that had to be built and maintained to herd prisoners to the camps. There were Germans who had to gather and transport the Jews and other prisoners to the camps, or from camp to camp. There was food, power, and ammunition needed to keep the camps running, even slave labor camps. Every one of those soldiers, rifles, dogs, and potatoes that was used by the Germans in their attempt to exterminate the Jews was a resource that was not being used on their actual battlefront. How many thousands of troops, tons of railway steel, truckloads of food, watts of electric power, did the concentration and extermination camps draw away from the German front lines? Do we not shudder to think what would have happened to the Allied effort had all those German forces been marshaled on the front lines of the war?

True, it was unbeknownst to us at the time, but cannot we say that the whole Jewish people did their duty to the Allied world, to the world as we know it and love it now, by providing the biggest draw of German resources away from their actual war efforts?

Did the Holocaust save the world?

About the Author
Channah Cohen was an OU-JLIC Educator at Queens College from 2015-2019, teaching and mentoring students with strong Judaic backgrounds. She was then an Applied Researcher at the OU's Center for Communal Research, and is passionate about applying the Center’s findings to improve organizational effectiveness and communal life. Channah strives to live and teach means of spiritual living that are resonant with the human experience, in a way that personally engages adult learners.
Related Topics
Related Posts
Comments