The Blogs
Yuval Krausz
Apply for a Blog
Please note that the posts on The Blogs are contributed by third parties. The opinions, facts and any media content in them are presented solely by the authors, and neither The Times of Israel nor its partners assume any responsibility for them. Please contact us in case of abuse. In case of abuse,
Report this post. 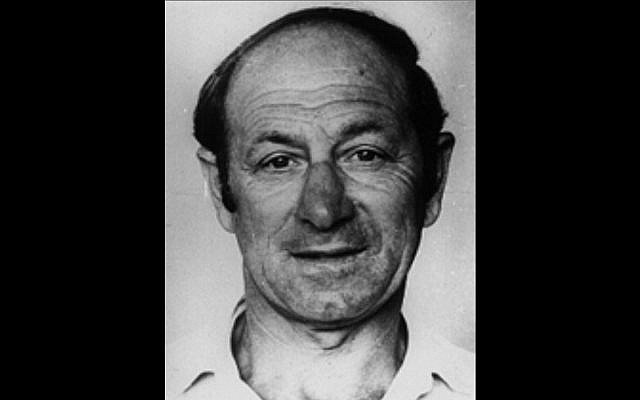 Late 1971 I had returned to Israel after traveling through Europe and North Africa. I had spent months in Morocco, Algeria and Tunisia, found my way through Sicily to Greece and boarded a boat to Haifa. I joined a work and study program on a Kibbutz just north of the Gaza Strip, a program known as Ulpan.

My mother, who lived in Canada at that time, had not heard from me for months on end, and must have sighed a huge sigh of relief when I wrote a brief note to her, letting her know that I was in Israel and in this work and study program.

About a month into this program, with the Hebrew language coming back to me from the depths of my subconscious in huge strides, I got a visitor. My guess is that my mother must have written to Ya’akov, her first cousin, and told him where I was. And there he was, welcoming me, telling me that I had family in Bat Yam, and that I was invited to visit…of course.  Ya’akov was very much involved with the national sports organization, HaPoel (“the Worker”).

My mother must have written to him that I had been an excellent swimmer and swim coach, because the next thing I knew Ya’akov had obtained permission from the directors of the Ulpan to yank me from my Hebrew studies and Kibbutz work program to accompany a swim coach who had come all the way from Australia to be “impressed” with how Israelis train their competitive swimmers. A tour had been set up for this Australian coach to see a training session at Kibbutz Bet Kama, just north of the town of Be’er Sheva. As a part of this visit to Bet Kama, a member in charge of guarding the many fields of this Kibbutz had arranged a visit to a Bedouin camp. He was known as “The Sheriff” (he wore a cowboy hat and carried a pistol in a holster strapped to his leg), and drove around in an open jeep.

Ya’akov, the Australian swim coach, the Sheriff and I piled into the jeep, drove along endless dusty trails, until we came upon a large Bedouin tent, where a very festive meal had been prepared for us. The expectation was that I, newly appointed translator, would explain and translate into English, thousands of years of Bedouin and nomad culture to this coach. In broken, newly learned Hebrew, and then non-existent Arabic nonetheless.

Some months later, when I did visit Ya’akov and met his family, my second cousins, he implored me to leave the Kibbutz and become active in the national sports association, HaPoel. The idealist in me at that time politely declined.

I had completed my work and study program and after numerous conversations with Kibbutz members I decided to stay on for a while. I began working on the Kibbutz dairy farm. It was early September, 1972 and after hosing down the pen where the cows waited to be milked, the crew would set up small stools on the wet concrete. Someone hooked up one of the few “communal” black and white TV sets available at that time. We watched the Olympic Games held in Munich, Germany.

As we were watching, on September 5, 1972, we, along with all of Israel, were shocked and outraged at what was unfolding before our very eyes. Palestinian Black September terrorists had entered the Olympic Village, headed to where the Israeli athletes and coaches were housed, forced their way into the rooms and managed to hold eleven Israelis hostage. Among them, Ya’akov.

Ya’akov, boxer, wrestler, weightlifting coach and judge was only fifty-one years old when he was murdered. He had survived the Holocaust, and had participated in the Warsaw Ghetto Uprising. He married. He raised a family in Israel. He orphaned a daughter and a son, and left behind a grieving widow, and along with ten other Israeli families, a grieving nation.

One of the orange and black bracelets on my right wrist. One of many I wear every day, to remind me. To carry with me.  To grieve silently.

To live a life worthy of his memory.