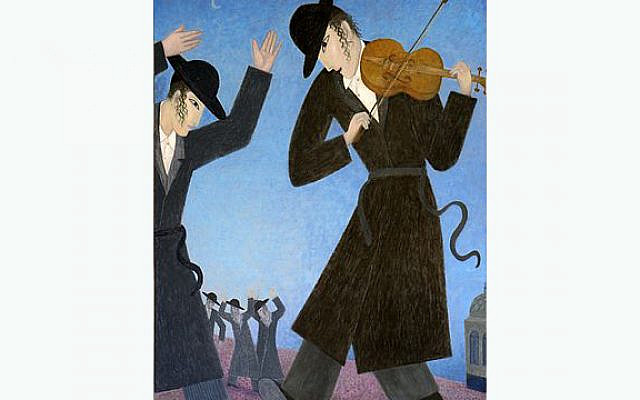 Growing up as a secular Jew in Israel, prepared me to feel equally uncomfortable in all religious settings, yet raising my family in the Modern Orthodox tradition, I learned the customs and rituals well enough to feel at ease in most congregations. From Orthodox, to Conservative, Chabad, Carlebach and sometimes Renewal, their houses of worship had become my home for Shabbat, Yom Tov and even daily Minyan at different periods in my life. Yet none of these traditions could prepare me for the Yom Kippur I experienced this past week at The Boyaner, my Shtiebel on the Upper West Side in New York City, where I’ve been davening for the past six months.

My forty-three-year exposure to Jewish prayer has been based on the Chasidic melodies of Reb Shlomo Carlebach ZTS”L, with whom I davened often in the 1980s, and other similar harmonies. While they had a foothold in the past, most Nigunim contain a more contemporary bright and hopeful tone. In contrast, the old tunes of our Shtetls of the past were full of pleading, yearning and begging, the reflection of the Jewish condition over millennia of persecution.

I was thus unprepared for this type of beautiful rendition in our day long Yom Kippur prayer, which was led by our Gabai, Shea Shwebel and his three sons. Shea is a tall man with a thunderous voice which turned surprisingly tender in its supplication, while his sons form a perfect choir that lifts the prayers and bounce them into the heavens, where it pleas for the entire congregation.

Despite the many years of attending various congregations in many communities across the globe, I was entirely unfamiliar with most of the Shtiebel’s tunes. As I learned in speaking to Shea and his sons, it turns out that their tunes and the singing tradition goes back many generations, carrying over the melodies and their nusach (rendition) from the old world to our times, creating a rare bridge between the old lost world of our elders and the future. Shea and his siblings learned these tunes from their father, who learned it from theirs and so on, going back to a time to when Jews couldn’t wear their Kipah openly in the streets of America and before there was a state of Israel. A time when Jews had to endure pogroms and turn their other chick, developing a particular flavor of humor and melodies to nurse their Jewish souls.

To be clear, most of the congregants joined in the singing and were familiar with the tunes, having either grown up with it or learned it over the years, but for me it was all new.

Needless to say, I was delighted to get carried away into these melodies, which helped wrap my prayers in a soft web of yesteryear’s devotion.

I came home to my Rebetzin and tried to express my deep awe at the magical experience, but I could not hum any of the tunes, thus I can only marvel at the remembrance of the day and in the hope to have an opportunity to hear them again, soon.

Grateful for the experience, wishing all a happy new year and Gmar Chatima Tova