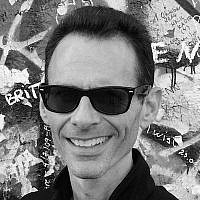 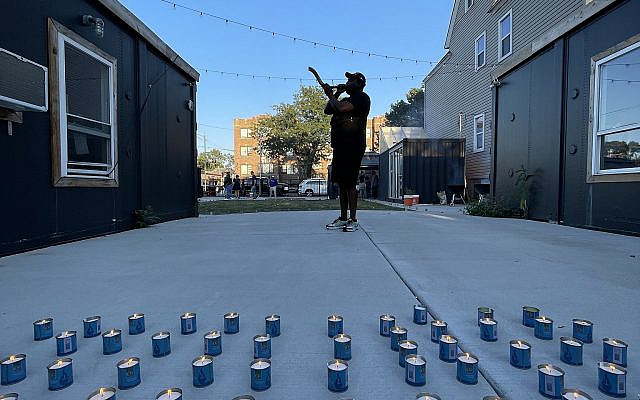 “Man is frail; his life is short and fleeting. Pestilence and wars recur to plague him. Vexed and harassed even from the cradle. Year by year, we see fresh blights of sorrow. Bonds of love and friendship torn and severed, homes left desolate, bereft of dear ones.”

I listened to these haunting words from the Yizkor service, not from my usual seat inside of my synagogue, but from a street corner in the middle of a poverty- and crime-ridden neighborhood on the South Side of Chicago.

The inner city is probably not the first place that comes to mind when thinking about Yom Kippur. Yet that is exactly where Tamar Manasseh, the founder and president of MASK, Mothers and Men Against Senseless Killings (MASK), a Chicago-based, anti-gun violence organization, led her first Yom Kippur memorial service as a fully-ordained rabbi.

Since 2015, Manasseh and MASK have been working to prevent gun violence in Chicago’s Englewood neighborhood. In the years that followed, Manasseh has transformed the corner of 75th Street and South Stewart Avenue into an open-air community center. When Covid struck, MASK converted shipping containers into an educational center to serve the children of the neighborhood who have had difficulty getting access to online learning.

After years of delays, Manasseh was ordained as a rabbi in July of this year. For her first High Holiday season, instead of worshipping at her local synagogue, she decided to bring Yom Kippur to the block in order to teach her neighborhood about forgiveness and redemption.

Hers has always been a different kind of Judaism, one that takes the religion out of the synagogue and brings it into the real world, giving the rituals a modern meaning and purpose. In years past she has hosted Shabbat dinners, Passover seders, and Sukkah parties on the block. But this was her first Yizkor service.

“In a city where nearly 800 people have been murdered since the end of last year’s Days of Awe, there’s no better place to do Yizkor,” Manasseh explained. “Grief is a constant companion of most of the people who live around here. And Yom Kippur is the perfect time to confront your emotions, no matter how raw they might be.”

Rabbi Manasseh was joined by a local minister as well as by a mix of Black and white Jews, MASK volunteers, and the families, friends, and neighbors of murder victims. Together, they lit 787 yahrzeit candles, one for every Chicagoan who has been murdered over the past 12 months.

Manasseh asked those gathered to share their reflections about remembrance and atonement. “As we gather here to remember all of those who we’ve lost over the past year, I think about how we’ve been failed by our leadership. The city of Chicago needs to atone for its lack of imagination in dealing with gun violence,” Mannaseh told the audience. “Reheating old, failed ideas instead of coming out here and listening to us, will never help us solve any of the problems that we’re facing.”

Jermaine Kelly, a MASK volunteer, broke down in tears as spoke about two of his close friends who were shot and killed over the past year. These losses have impacted the neighborhood profoundly, and many in the audience wept openly.  One woman wore a shirt bearing the name of her brother who was murdered in 1996, the most violent year in Chicago’s history until 2021.

Other community members spoke of finding grace and forgiveness for their children’s killers while others demanded that the city’s leaders do more. Carisa Parker, a local mother, called out, “Every day we turn on the news or even open our windows and we hear gunshots or the tortured cries of mothers. Why, Mother God?  What have we NOT done? Why are we filled with apathy? Where is our sense of urgency around stopping this gun violence? Where are our leaders, Father? Where are the people that we elected to lead us out of the valley?”

As I listened to those who spoke, I thought about sins of commission and sins of omission. It’s clear to me that communities like the ones on the South Side of Chicago have been sinned against — their complaints go unheard, their needs unmet, their struggles unseen.

My sin, like that of so many others, is that I have lived much of my life without being confronted with the reality facing altogether too many of our fellow citizens.

My repentance is that I can no longer look away and pretend not to notice these uncomfortable truths.

At 6:58 the sun set. Kelly, who had earlier taught himself how to blow the shofar by watching YouTube videos, sounded the end of the holy day; Rabbi Manasseh passed around challah to break the fast. Another Yom Kippur had come to an end, but this one felt different from any I had experienced before.

The candles continued to flicker as darkness set in on the block. The gates closed and the book was sealed.

The perpetual mourners of the South Side steeled themselves for the year to come.