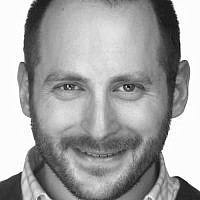 The Blogs
Nachliel Selavan
I bring the museum to life!
Apply for a Blog
Please note that the posts on The Blogs are contributed by third parties. The opinions, facts and any media content in them are presented solely by the authors, and neither The Times of Israel nor its partners assume any responsibility for them. Please contact us in case of abuse. In case of abuse,
Report this post. 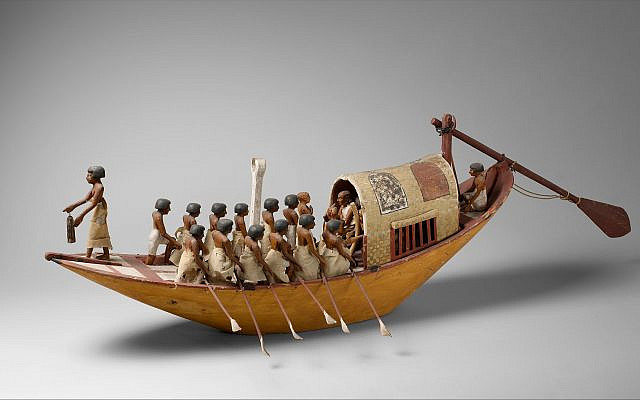 Mincha on Yom Kippur includes the reading of the entire book of Yonah, a story about a surreal journey to the city of Nineveh on the Tigris river. Let us examine Yonah from a historical and geographical perspective, where we may find some hidden gems.

From a literary point of view, the story leads into Sukkot. After his mission is carried out, Yonah builds himself a Sukka (Yonah 4:10) where he sits to observe the city. The connection to Sukkot is actually deeper. Yerushalmi Sukka 22b notes that Yonah’s prophecy was received while celebrating Simhat bet ha-Shoeva in the Temple in Jerusalem. This is especially remarkable because Yonah is a prophet from the Tribe of Zebulun, and he is apparently traveling freely between the northern kingdom of Israel and the Temple in Jerusalem. It was in the Temple in Jerusalem that it was possible to attain Ruach ha-Kodesh, divine inspiration, through the special celebrations which were unique to Sukkot – Z’man Simhatenu. Mishna Sukka 5:1 states that “He who has not seen the celebration of Simhat bet ha-Shoeva has never seen rejoicing in his life.” It was in that environment that he received his charge to go to Nineveh.

Yonah tried to flee his prophetic charge by going to the port city of Jaffa (Yafo). Until the British Mandate, Jaffa was the most important port in Eretz Yisrael. One of the Old City’s eight gates called in Arabic bab a’Hallil or “the Gate of the Friend, Abraham in Hebron”, is more commonly known as Jaffa Gate, because its road (today route 1) leads to Jaffa.

Yonah’s origins may also hint at his comfort at sea. Yonah ben Amitai was from Gath Kheffer, a city in the portion of Zebulun or Asher (Yehushua 19:10-16, Shofetim 1:31, Yerushalmi ibid and Bereshit Rabba 98:11). Either way, those portions of Eretz Yisrael have a close connection with the sea.

“Zebulun shall dwell by the seashore; He shall be a haven for ships, and his flank shall rest on Sidon.” (Bereshit 49:13) and Asher’s portion included Israel’s northern port cities of Akko and Sidon (Shofetim 1:31). If so, perhaps Yonah was quite the sailor. A very important part of our society is the mosaic of terrain and professions unique to each area. Amos, Yonah’s contemporary, was a shepherd who came from Tekoa in the Eastern Judean hills. Yonah was from the more sea-faring side of the country, and may have been accustomed to sea travel. He did fall sound asleep during a storm, after all.

Speaking of storms, perhaps the most crucial element of this story and its connection to Eretz Yisrael is its historic context. Yonah prophesied during the reign of Yerobam ben Yoash or Yerobam II (r. 789-784 BCE) II Kings 14:23-29.

This is a period in which the Kingdom of Israel enjoyed immense territorial expansion and autonomy, a state which did not endure for much longer.

This is the quiet before the storm:

Yonah was a contemporary of Hoshea and Amos, who prophesied a time in which the kingdom of Assyria began to reorganize and become an expansionist Empire. The king of Assyria, Adad-nirari III (811 – 783 BCE) reigned at the beginning of this process, which became a regional game changer with Tiglath-Pilesser III (745 – 727 BCE), whose wrath brought on the Kingdom of Israel’s destruction (in three waves, the final being ca. 722 BCE by Shalmanesser V and Sargon II).

The Kingdom of Israel enjoyed a few periods of autonomy and expansion, despite the constant rebuke against the spiritual and moral corruption of their kings. Ahab (r. 871-852 BCE) is perhaps the prime example of this. Yet despite the moral and spiritual corruption, he was successful; the reason given for his success is that “ they did not have informers amongst them” (Devarim Rabba 5:10). They looked out for each other, there was a sense of unity, which perhaps we would call today “national unity”. There is something about how we act as a people or as a nation, that merits special attention which transcends religious matters. That itself is a very relevant lesson for us today.

Yerobam was successful for a different reason (II Kings 14:16-17), which may relate to Yom Kippur in a subtle way:

For G-d saw the very bitter plight of Israel, with neither bond nor free left, and with none to help Israel. And G-d resolved not to blot out the name of Israel from under heaven; and he delivered them through Yerobam son of Yoash.

Then, like today, there were many difficulties that seemed to be an issue from a moral and religious perspective. And yet despite that, G-d could not bring Himself to cause us any more pain. We have already been through so much, how much more can we take?

The unprecedented success that Am Yisrael in Eretz Yisrael has seen after near annihilation showed us that G-d’s love for us and the keeping of our Covenant with Him is greater than His frustration with our misdeeds. On Yom Kippur we pray: “Heed the Covenant and not the Yetzer (Evil inclination)”!

The Kingdom of Israel during this historical period provides a relevant example of what happens when our care for each other transcends our differences; Yonah’s time in particular teaches that G-d’s love for us transcends our misdeeds. These lessons should put the wind in our sails.

About the Author
Nachliel Selavan is a Jewish education innovator, historian, and international museum guide. He is currently living in Jerusalem and guiding museum tours in Israel, after 7 years of teaching in New York and New Jersey, and running theme tours in the Metropolitan Museum of Art. Besides teaching in schools and communities by Zoom, he blogs on these topics and offers a weekly podcast about archaeology on the parasha.
Related Topics
Related Posts
Comments