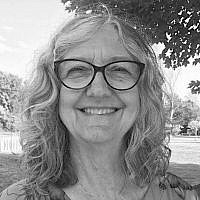 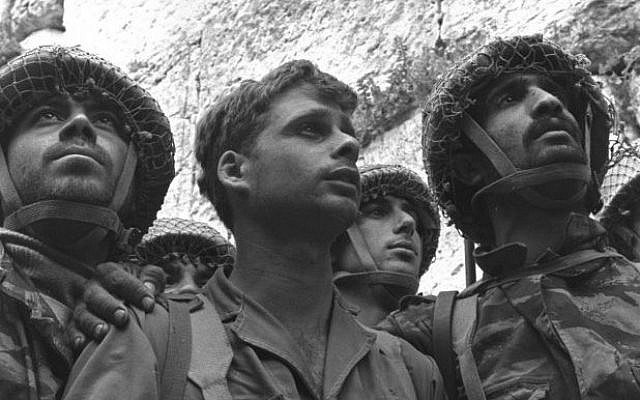 Rabbi Joseph Krakoff, CEO of the Jewish Hospice and Chaplaincy Network, had an interesting article in last week’s Detroit Jewish News. He told of moving to Michigan, being told he had to pick a college sports’ team to support, and wrongly choosing both the University of Michigan and Michigan State as his teams! Having had a daughter at University of Michigan (Go Blue!) and a son at Michigan State (Go Green!), I understand the dilemma! He tied it very nicely to the week’s parsha, where the tribes of Israel, each under their family banner, marched together. You knew what tribe you belonged to, but also knew you were part of a bigger whole, the children of Israel. We are all, essentially, on Team Israel.

Obviously, being a part of Hadassah means that you’re on Team Israel by definition. We ARE The Women’s Zionist Organization of America. But being on that team, like being part of a family, doesn’t mean ignoring or refusing to acknowledge our warts and faults. Part of belonging to a team or family, means caring enough to try to make the whole better – and that means recognizing flaws and cracks and doing what you can to help correct them.

Last Wednesday (June 1st) was Jerusalem Day – Yom Yerushalayim – a joyous celebration to commemorate the reunification of Jerusalem. Our connection to Jerusalem can’t be overstated – we pray facing Jerusalem, we declare “next year in Jerusalem” at every seder, it was home to our two temples and is our physical and spiritual capital. During the 1948 War of Independence, Jordan captured and held East Jerusalem. We were denied access to East Jerusalem, which included the Kotel and Hadassah Hospital Mt. Scopus.  (In a later article, I’ll write about the heroic Hadassah medical convoy massacred as they attempted to reach the hospital on April 13, 1948.)

In the Six Day War, June 5-10, 1067, Israel retook East Jerusalem, and the city was reunited. After 19 years of being denied access to our holy sites, Jews could once again pray at the Kotel, and our capital city was whole. I’m sure we all remember the iconic photo from 1967 of four soldiers, the first to break through, gazing with wonder at the Kotel. It was and is truly a day for joyful celebration.

However, this year’s celebration in Jerusalem was marred by dark, rabid, ugly, hatred. Young members of two far-right religious factions used the march through Jerusalem as an excuse to harass, intimidate and threaten Jerusalem’s Arab residents. They shouted hateful slogans like “Death to Arabs” and “Mohammed is dead,” while banging on doors of Arab shops and physically accosting Arab locals. Yair Lapid, Israel’s foreign minister, said of last week’s events, “Instead of a day of joy, extremists are trying to turn Jerusalem Day into a day of hate. Jerusalem deserves better, Israeli society deserves better.”

We, as part of both Hadassah and Team Israel, need to call out hate and bigotry wherever we find it, even if it’s in our own backyard. It would be true to say that those perverting last Wednesday’s joy into hate, those intent on harm, were in the minority. Most attending the Yom Yerushalayim events did so in a spirit of joy and celebration. That fact doesn’t absolve us of the obligation to recognize and condemn what this minority of extremists did.

What’s most troubling about the events of last Wednesday are the questions it raises about the direction of Israeli society – are extremist, nationalist views on the rise both politically and socially? And what can we, as American Jews do, not Israeli citizens but spiritually tied to our homeland? One thing we can do is support organizations that build bridges and promote peaceful co-existence and education.

For example, Hand in Hand is bi-lingual network of schools educating Israeli and Arab children together. Givat Haviva, awarded the UNESCO Prize for Peace Education in 2001, is an organization, founded in 1949, dedicated to bridging the gap between Jewish and Arab Israelis through education, language instruction, culture and art. And there are many, many more.

Israel is such a wonderful, confusing, complex, and multi-layered entity. And while we stand with Israel, our home, our heart, we need to work hard from this far shore, to help make Israel the best she can be. Hatred, bigotry and intolerance have no place there, or here.