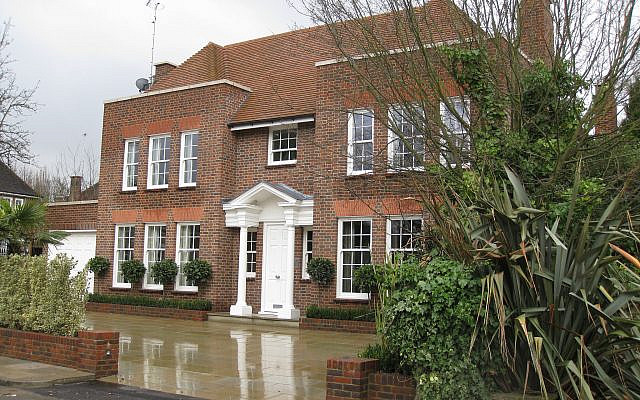 A few years ago, on a brief visit to London, I was appalled at the rubbish that had accumulated in the streets of this once-beautiful city. Walking along the famous Bishop’s Avenue, named for Arthur Foley Winnington-Ingram, Bishop of London from 1901 to 1939, and considered one of the wealthiest streets in the world, I could see nothing but crumbling, litter filled pavements. It has been described as “one of the most expensive wastelands in the world”.

It is clear that the inhabitants of the many luxury houses on The Bishop’s Avenue have never walked further than their Rolls Royce, parked in their underground garage. They must be totally unaware of their rubbish-strewn surroundings.

But this is about to change. The UK’s government has taken note of the dreadful state of Hampstead Garden Suburb and is coming to the rescue.

Following a government order, schools throughout the UK have been closed since mid-March. The Education Secretary has said that, hopefully, all children will be back to full-time education in September. In the meantime, the damage to the mental health of British schoolchildren is becoming clear. A recent investigation by a British newspaper has revealed that children have become more argumentative, miserable, stressed, and anxious in the three months that schools have been closed.

In addition, vital end-of-schooling exams like the GCSE (General Certificate of Secondary Education) have been cancelled. Pupils will be given their grades as a guesstimate based on term work and the teacher’s judgement. Bright but lazy students, who did not bother with homework knowing that they would perform well in the final exams, will be out of luck. It is not yet clear if the 2021 GCSEs will take place. Teachers’ leaders have said that pupils preparing for next summer’s exams have not had enough time to cover the full syllabus, as schools gave been closed since 20 March. Although some lessons went online, many disadvantaged children without internet access have been left more disadvantaged than ever.

We can reveal that this is part of a secret UK government plan. You heard it here first; the school closures and the teacher’s refusal to contemplate remote Zoom lessons, is intended to create the next generation of road sweepers.

Just imagine, a whole generation is losing its education and will have no marketable skills. They will not be able to find employment in any meaningful profession. To keep this lost generation off the streets, or rather, on the streets, they will be given jobs as road sweepers. Teams of illiterate youngsters, barely able to read long words like “Bishop’s Avenue” will make the streets clean again.

Bishop Winnington-Ingram was greatly in favour of the UK’s position in the First World War. He saw the war as a ‘great crusade to defend the weak against the strong’. He would be proud to see today’s weak youth gainfully employed, and his very own street clean again.