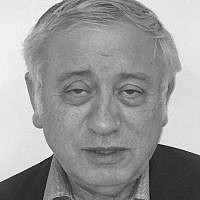 The Blogs
Maurice Silber
Apply for a Blog
Please note that the posts on The Blogs are contributed by third parties. The opinions, facts and any media content in them are presented solely by the authors, and neither The Times of Israel nor its partners assume any responsibility for them. Please contact us in case of abuse. In case of abuse,
Report this post. 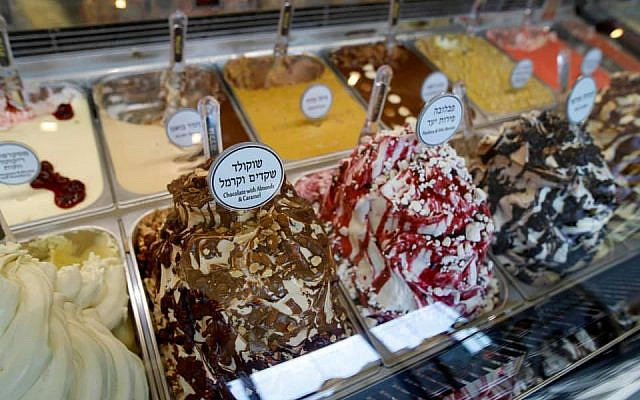 The storm resulting from Ben &Jerry’s announcement that the company will stop selling its products in Judea and Samaria by the end of 2022 has produced an unprecedented wave of reactions in Israel and in the USA.

Reports even indicate that Israeli Prime Minister Naftali Bennett has called the CEO of Unilever (the parent company of B&J) to protest the boycott. With all due respect to PM Bennett, we are only talking here about ice cream. This is not a matter of national security neither is it a strategic priority. The call is in a sharp comparison to the recent call made by former prime minister Netanyahu to Albert Bourla, the CEO of Pfizer, during which Netanyahu urged Pfizer to provide COVID vaccines to Israel — a call that saved thousands of lives and established Israel as the first country in the world to have the majority of the adult population vaccinated, which became an important case study for Pfizer and the world. Same phone. Two calls. One must hope that PM Bennett has more important priorities than to complain to an executive about milk and sugar.

Let’s take a look at the facts and keep things in proportion: Ben & Jerry’s (USA), having been under pressure from its board of directors, announced that they will not renew their franchise agreement with B&J Israel at the end of its term in 2022. They also further announced that they plan to continue to sell B&J in Israel only (excluding Judea & Samaria), through other channels following the franchise replacement. This strategy has no chance to succeed since B&J will ultimately lose the Israeli market. Under Israeli law, you can’t select where you want to sell, Judea and Samaria being part of Israel.

Also, Israeli’s have a good memory for these types of boycotts. Just consider the ramifications 50 years after the Arab League boycott of the 1960s and ’70s.  Take a look at Coca Cola’s market dominance in Israel today compared to Pepsi cola.  Israelis remember very well how Coca Cola stood by little Israel (population of 3 million at the time) despite the pressure from the combined Arab countries (population 200 million). Pepsi cola is still “punished” by Israelis today for shamefully caving into the Arab League boycott of the ’60s and ’70s. This has since been corrected by PepsiCo, which recently acquired Israeli SodaStream and partnered with Strauss, but to this date, Israel is the only country in the world where Pepsi is the third largest cola brand, after Coke and RC cola. Right — RC Cola is bigger in Israel than Pepsi cola. Israelis have a good memory.

So, what’s the big deal about Ben & Jerry’s pulling out of Israel? There exists no product that isn’t replaceable. And, anyway, B&J is a tiny brand, representing less than five percent of total ice cream sales in Israel. There are many other first class alternatives, including the amazing Israeli-created “Golda” ice cream, which takes even Italian gelato to the next level. You can bet your last scoop that Israelis will not miss Ben & Jerry’s in 2023.

What is interesting to notice, however, is the change of strategy by the BDS. In the past, they tried to intimidate Israel and influence international public opinion by lobbying international retailers to boycott Israeli products coming from the West Bank, even if these factories provided thousands of well-paying jobs for the Palestinians. SodaStream is one case in point, where management did not blink despite a massive global boycott attempt.  On the contrary.  SodaStream leveraged the attention to build an “Island of Peace” and set an example of what coexistence and peace can look like. The then-CEO of SodaStream, Daniel Birnbaum, once said, “The best thing that ever happened to SodaStream was the free publicity it got from the BDS boycott. We should share our success with Omar Barghuti (the BDS founder).” So the BDS strategy of banning products has failed miserably.

Now BDS is trying to push foreign brands to boycott their own Israeli consumers who are living in the West Bank. In other words, a reverse boycott, such as the Arab League boycott of the ’60s and ’70s that Pepsi caved to at the time, and that also did not work.

For a brand, singling out Israel from among the approximately 100 territorial disputes around the globe, may turn out to be a very dangerous strategy — one that can backfire like a boomerang. For one thing, singling out Israel in the context of the BDS boycott, feels like an opportunistic marketing ploy at best, or perhaps, reeks of antisemitism at worst. Consumers are not stupid. They are well aware that the BDS is all about hate and politics that will not help bring peace to the Middle East. Furthermore, a potential organized counter-boycott in the US and all over the world by Jewish or pro-Israel Christian consumers could well cost B&J a lot more than the benefits of helping the BDS movement. The company will not sell a single pint more because of this boycott, but it might need to deal with a public relations nightmare that could cost it dearly and possibly jeopardize its profitability. Worse, the ramifications could spill over to Unilever, which is ultimately responsible for the actions of its divisions and brands, including Ben &Jerry’s.

This boycott, which has clearly been sanctioned by Unilever, may also have devastating consequences on Unilever’s image, as the company could face endless court litigations from Jewish and pro-Israel organizations, especially in the States, where anti-BDS regulations have been adopted on both federal and state levels. No large international corporation has an interest to appear to have taken a side in one of the world’s most complex, sensitive and religiously-charged conflicts. Unilever: You have made a big mistake and I think you know it by now.  If I were a betting man, I would say that the retraction announcement is in the works. Learn from Airbnb 2018, who put the boycott on hold four weeks after having announced it, and completely removed it four months after that.

German Nazis started their antisemitic campaigns before World War II with the moto, “kauft nich bei Juden” (don’t buy from Jews). Today’s B&J strategy seems to be: “verkauft nicht zu Juden” (don’t sell to Jews). The most sensitive answer to B&J by Israel and its friends all over the world should be: “B&J, we don’t need you.”  As PM Bennett appropriately said, “There are many ice creams, but there is only one Israel.” So, friends, let’s chill. It’s only ice cream and it’s nothing to get too excited about.  Let it melt and let’s move on to the important stuff.

About the Author
Maurice Silber is a French-Israeli legal adviser and strategy consultant. He was a special adviser to SodaStream when the company faced a boycott from BDS. He was part of the team that testified before the US Congress in Washington about the boycott, which led to Federal anti-BDS legislation. He currently advises other Israeli companies on community relations and BDS.
Related Topics
Related Posts
Comments