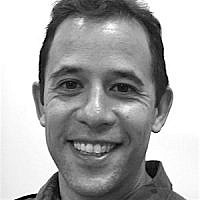 The Blogs
Avi Rubel
Apply for a Blog
Advertisement
Please note that the posts on The Blogs are contributed by third parties. The opinions, facts and any media content in them are presented solely by the authors, and neither The Times of Israel nor its partners assume any responsibility for them. Please contact us in case of abuse. In case of abuse,
Report this post.

Since co-founding Honeymoon Israel together with Mike Wise a year and a half ago, we’ve had the opportunity to interview hundreds of young couples (ages 25-40) across North America interested in participating in one of our Israel trips.

With every couple we meet, our main question is: why do you want to participate? Is it the large subsidy for the trip? Couples pay just $1,800 including all flights. This is approximately 20% of the cost of the trip. We stay in nice hotels, eat quality food and offer a high level educational experience.

Even with the subsidy, however, it’s hard to imagine that this would attract Jewishly unaffiliated, successful, busy 30-somethings with only 2-3 weeks of vacation a year. Even more complicated, Honeymoon Israel is group travel with 19 other couples, something many people typically avoid.  Wouldn’t most young couples prefer a relaxing week in Mexico or the Caribbean?

One answer is that Taglit Birthright Israel has made the benefits of these kinds of immersive Israel trips understandable for a wide audience. Without doing very intensive marketing, we have a waiting list of several thousand couples and we’ve scaled up our roll-out to offer 18 trips in 2016 and 30 trip in 2017.

A deeper and more significant answer is illustrated by what has happened in San Francisco and Los Angeles after our first trips. In each city, more than 80 couples applied for 20 spots. The 20 couples we selected in each city demonstrated the most need. They were most on the fringes of Jewish life and did not have a sense, as a couple, of being part of the Jewish community. Consistent with Honeymoon Israel cohorts in other cities, 65% of the couples were interfaith, 20% had one partner undergoing conversion and 15% were both born Jewish.

The trip was transformational for almost all of these couples. The two most consistent things we heard was that the trip was impactful because we do not present any political or religious agenda and that couples got to meet other, similar couples from the same city who are in the same stage of life and navigating many of the same issues related to starting a family. Since these two trips returned home, participants have met almost every week for either a Shabbat dinner or other get-togethers in their cities.

The real highlight of seeing the initial impact of Honeymoon Israel was earlier this week when one couple from San Francisco, Nicole and Gabe, announced that Nicole had given birth to their son. Nicole was one of three women who were pregnant on the trip. Two more couples had an infant at home and many of the other couples were in various stages of planning for their first pregnancy. That explains the sense of urgency that many of these couples feel about becoming part of a community. After Nicole and Gabe’s announcement, I watched on social media how their entire Honeymoon Israel cohort began mobilizing to provide meals for the new parents for the next week. Couples volunteered to cook and provide whatever support Gabe and Nicole might need.

Another couple, from Los Angeles (names withheld for privacy), sent out bad news to their Honeymoon Israel group. The email started with: “Honeymoon Israel has provided us a mishpacha, a family, with whom we can celebrate life’s greatest joys with, and also with dear friends to lean on in tougher times.” One member of the couple will begin undergoing treatment for cancer in the next few weeks. The group is getting together to provide whatever support they need in the coming months.

For late 20- and 30-somethings, life is getting “real.” People are less transient, careers are developing, relationships are solidifying and building community takes on new meaning. Couples consistently tell us that it’s difficult for them to make new friends as a couple. Yet for couples with no children yet, the Jewish community doesn’t exactly offer a warm embrace. Synagogue and federation young adult groups are usually geared for singles and family programming is designed for couples with kids. However, the earlier in their relationship we focus on marginally affiliated couples, and especially interfaith couples, the more likely they will be to feel a connection to the Jewish community. Hopefully, Honeymoon Israel can spur the Jewish community to do more research on older young adults and design more effective engagement strategies for this population.

For Honeymoon Israel, success looks like couples that are exploring building Jewish families and that are actively building community together with other families. Some will be involved in mainstream Jewish organizations and others will create their own community support systems. Our goal is to foster the conditions necessary for couples to feel part of the Jewish people and as part of that to get the support they need as they go through the births, deaths, career ups and downs, divorces and everything else they will experience in life.

We are developing effective follow-up strategies and partnerships for Honeymoon Israel together with a group of incredible local partner agencies in our pilot cities throughout the US. It’s critical to note that we are avoiding a focus on producing or trying to get couples to attend events. Shabbat dinners, holiday events and other cultural celebrations are all important, but they should be seen as part of a larger vision of community development and not an end in and of themselves. For discriminating, extremely busy people in their late 20s and 30s, an invitation to another Jewish event is likely not much of a draw. However, if we tap into the real needs people have to create and be part of their own communities then we can genuinely add value.

About the Author
Avi Rubel is the Co-CEO of Honeymoon Israel. Before co-founding Honeymoon Israel, Avi served as the founding North American Director of Masa Israel Journey for more than seven years, bringing more than 10,000 North Americans to Israel annually. Avi lived in Israel for more than seven years and is a dual citizen. He also spent more than a decade working on Jewish community development in the former Soviet Union with Hillel and the American Jewish Joint Distribution Committee. After college, Avi served as a United States Peace Corps volunteer for two years in rural Kyrgyzstan. Avi earned a BA from Binghamton University and a Masters in Public Policy from Harvard University’s Kennedy School of Government.
Related Topics
Related Posts
Comments